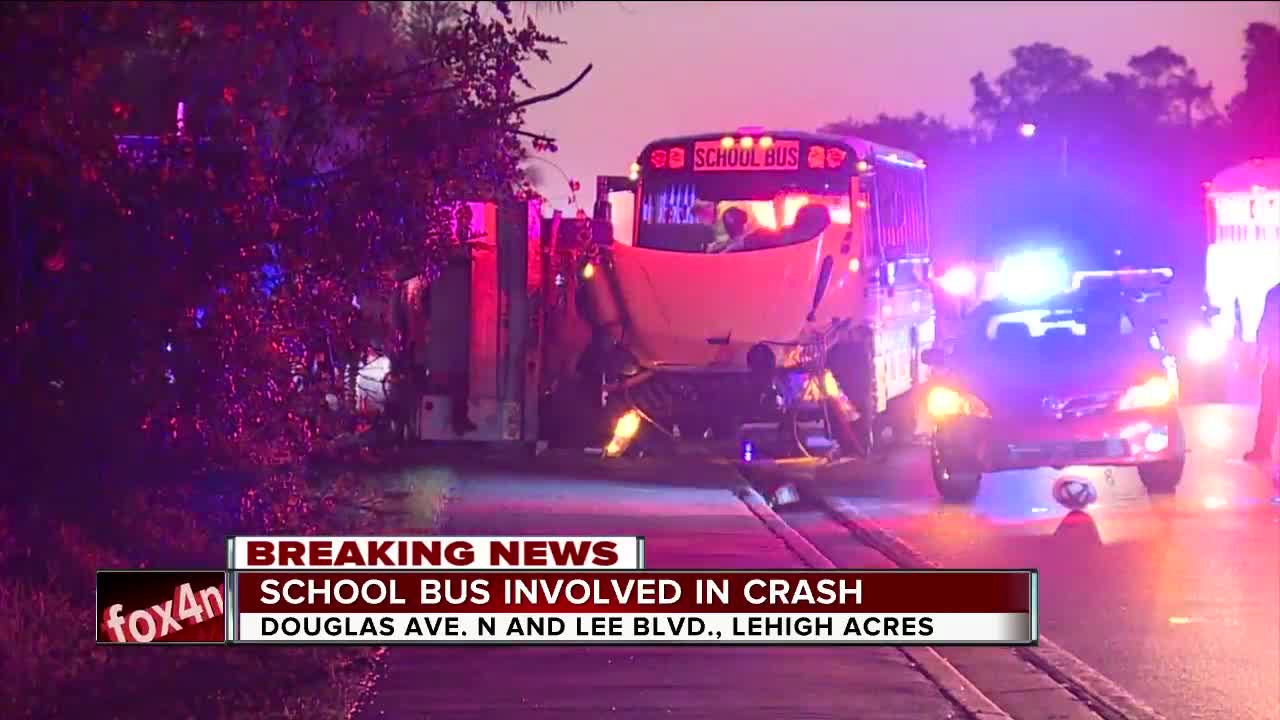 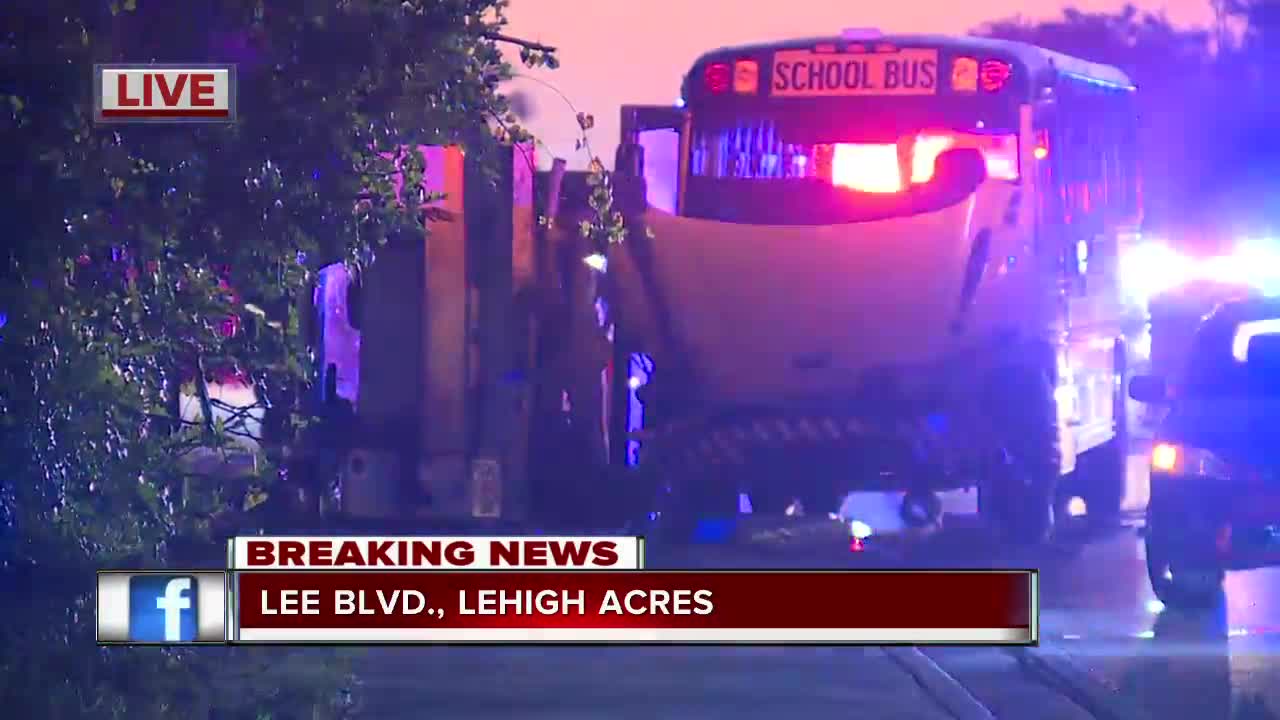 UPDATE: The School District of Lee County reports that two students were taken to the hospital as a precaution after Wednesday morning's crash involving a school bus.

The bus had about 42 students on it at the time, headed for Riverdale High School.

Florida Highway Patrol says the utility truck was headed eastbound when it made a left turn into the path of the westbound bus. The bus hit the right side of the truck, causing it to overturn.

The truck's driver had minor injury and was taken to Lee Memorial Hospital. He will be ticketed for causing the crash.

It happened on Lee Boulevard at Douglas Avenue, east of Gunnery Road.

A Fox 4 crew at the scene reports a school bus with front end damage.

Westbound lanes of Lee Boulevard are closed in the area.