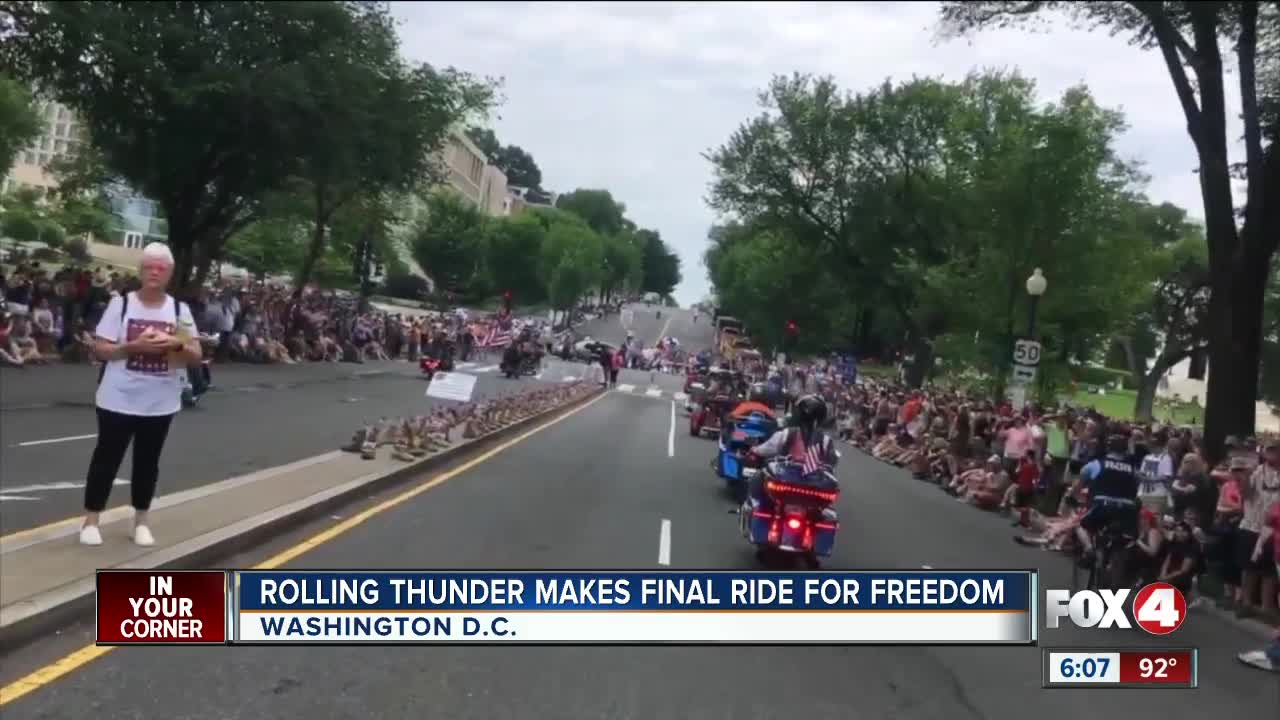 WASHINGTON D.C. -- For some, it’s a day to celebrate, for others it’s a day to mourn and reflect. But some take to their motorcycles, in fact, thousands of people revved up their motorcycle engines in our nation’s capital to celebrate this Memorial. Rolling Thunder, a national advocacy group of riders, is a group that helps bring full accountability for prisoners of war and missing in action service members of all U.S. wars. Group organizers say this year may have been their last tribute.

Rolling Thunder call the Memorial Day ride through the nation's capital, the "Freedom Ride," and weekend marked an end to a 31-year-old tradition. Organizers say money and lack of cooperation from federal officials for the potential end to the ride. Organizers explain it costs $200,000 to fund the entire event, but members say it wasn't about the money - they want to have Memorial Day programs in each state, instead of the big ride.

President Trump caught word that it may be the final ride for the Rolling Thunder and tweeted: "The Great Patriots of Rolling Thunder WILL be coming back to Washington, D.C. next year, & hopefully for many years to come. It is where they want to be, & where they should be. Have a wonderful time today. Thank you to our great men & women of the Pentagon for working it out!"

But the big ride didn't disappoint, riders estimated nearly two-million bikers took the streets to ride one last time. "Knowing people came down from the United States and Canada was just the most amazing experience ever," said Rolling Thunder rider Trish Hamilton. Hamilton, who lives in SWFL and a member of the Rolling Thunder Florida Chapter, was one of the hundreds of thousands of bikers who revved their engines.

"So it’s just a huge honor to be a part of this organization that really speaks for those that can’t speak for themselves," Hamilton said.

Hamilton and other riders explain they didn't want to focus on the last possible ride. It was about the warriors, those who paid the ultimate sacrifice.

"It’s the fact that we are recognizing that they're prisoners of war, that are still missing in action and those families have not had the closure that they need and they deserve," Hamilton said.