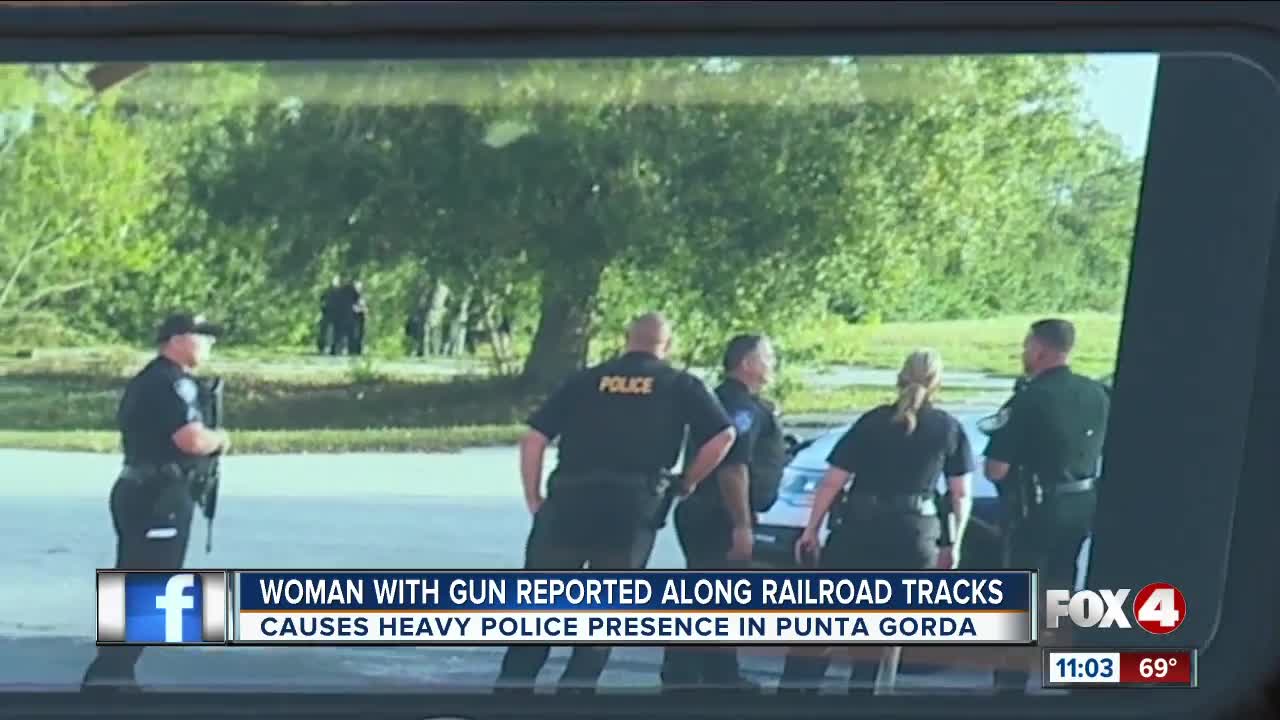 A scare in Punta Gorda on Thursday after someone reported a woman with a gun along the railroad tracks. It happened behind the Peace River Restaurant on U.S. 41.

CHARLOTTE COUNTY, Fla. -- A scare in Punta Gorda on Thursday after someone reported a woman with a gun along the railroad tracks.

It happened behind the Peace River Restaurant on Boca Grande Boulevard off U.S. 41. A woman who shot video of the scene shared it with Fox 4.

According to Punta Gorda Police, around 3 p.m., a motorist flagged down a police officer and claimed they saw a woman carrying a rifle.

The officer called for back-up and moments later the parking lot was flooded with more than a dozen police cars and officers gearing up for a possible active shooter incident.

Adam Schutz, who works at the restaurant, saw what happened. "Then a whole bunch of police cars showed up. They started…blocking off the streets…and they started coming out and gearing up. I was a little surprised to see the vests and rifles."

During the height of the activity local business owners were told to lock their doors and remain inside.

Despite an extensive search behind the restaurant and along the railroad tracks, no suspect was found.

Police continue to monitor the area.