Recovered sea turtle getting released with a satellite tracker 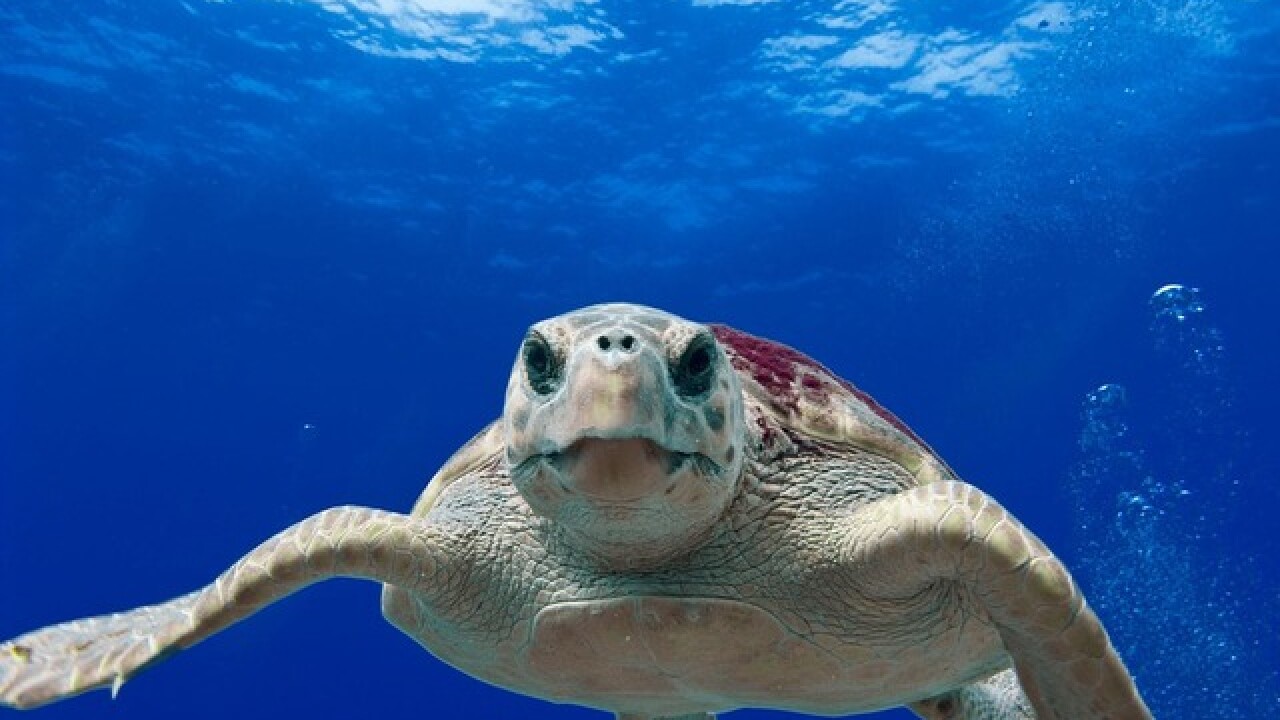 SANIBEL, Fla. -- A loggerhead sea turtle that had to be treated for red tide poisoning is being released off Sanibel Thursday.

The adult male turtle was fitted with a satellite tracker and is being released at 2 p.m. at the West Wind Inn on Sanibel following rehabilitation at The Clinic for the Rehabilitation of Wildlife (CROW).

The turtle was reported to the Sanibel Captiva Conservation Foundation (SCCF) Sea Turtle Hotline on June 4 after he was observed struggling and rolling in the water near the shore. SCCF Staff, with help from volunteers, rescued the 230 pound turtle and transported him to CROW.

While at the clinic, the turtle was treated for brevetoxicosis, also known as red tide poisoning, using supportive care and a novel treatment as part of an ongoing study in collaboration with the Loggerhead MarineLife Center.

This is the sixth sea turtle to be treated and released from the clinic for brevetoxicosis since January 1, 2018.

Prior to release, he was tagged with flipper tags, a passive integrated transponder (PIT) tag and fitted with a satellite tag. The satellite tag is being deployed as part of the Sea Turtle Conservancy’s online sea turtle tracking educational program.

This turtle is being tagged in partnership with CROW, Mote Marine Lab, and Sea Turtle Conservancy.

As part of the program, the turtle was also given a name. He was dubbed “Walter” in honor of CROW’s 50th Anniversary and its Founder, Shirley J. Walter.

The satellite tag he will be fitted with is a Wildlife Computers SPOT tag, which transmits the turtle's location via satellite when he comes to the surface to breathe. Walter will be the seventh adult male loggerhead sea turtle tagged by Mote Marine Laboratory as part of a study of the turtles' migratory behavior after release from rehabilitation and recovery.