Rally planned in Fort Myers for victims of opioid crisis 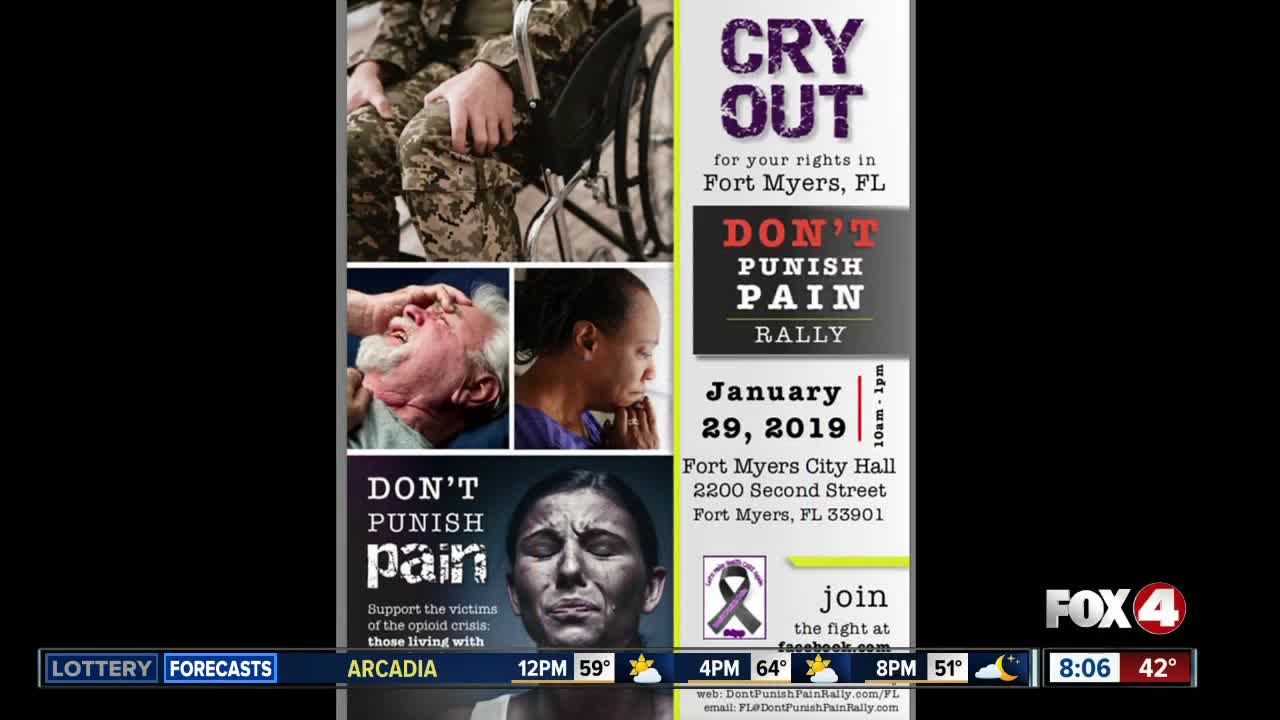 The group "Don't Punish Pain" says the government has over-reacted to the opioid epidemic.

FORT MYERS, Fla. -- One group says they will rally for victims of the opioid crisis in Fort Myers on Tuesday.

The group "Don't Punish Pain" says in the fight against the opioid epidemic, the federal government has over-reacted, denying pain medicines to those in genuinely need.

They say the rally is part of a nationwide movement.