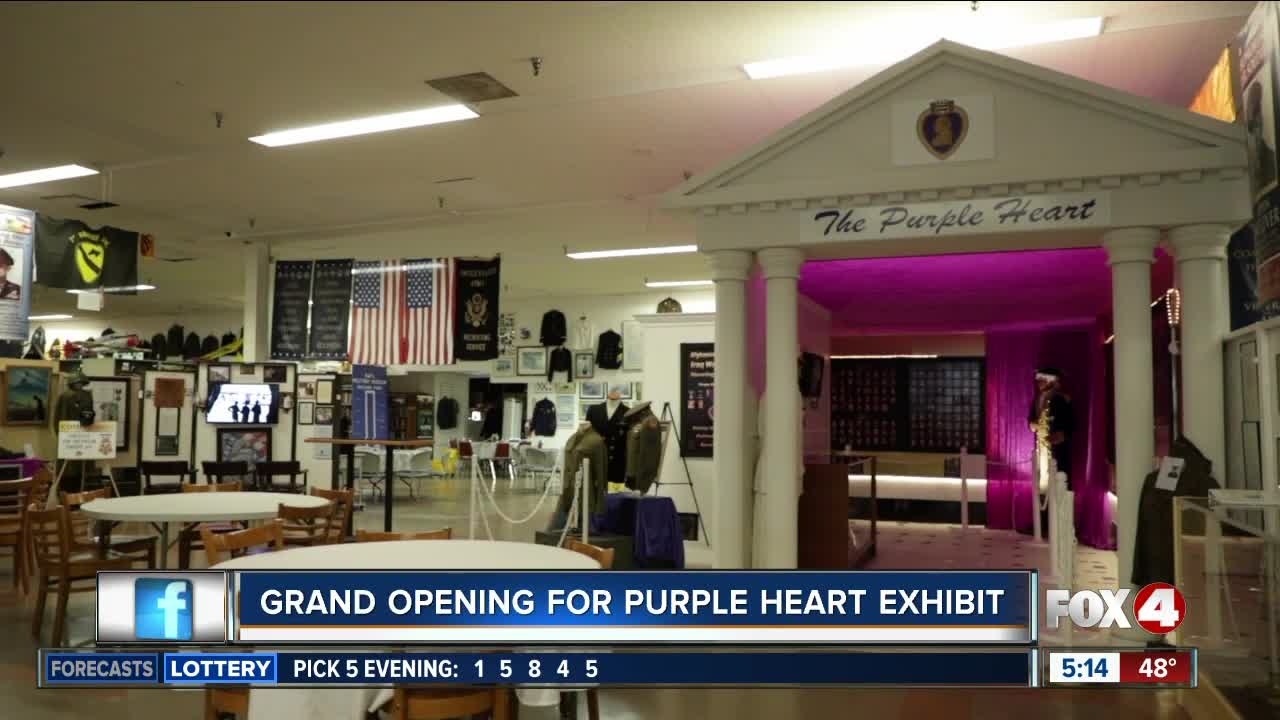 There is a new attraction in Cape Coral honoring some of America's bravest veterans.

CAPE CORAL, Fla. -- There is a new attraction in Cape Coral honoring some of America's bravest veterans.

The Southwest Florida Military Museum and Library had a grand opening for its new Purple Heart exhibit this weekend.

Sam Fantino lives in Fort Myers and received a Purple Heart in 1992, almost 30 years after he was hurt in Vietnam. He says he's proud of the way this area supports its veterans. “It is an honor. Of course it’s an honor. It’s earned by very few. You don’t go out to get one, let’s put it that way. They fought for their country, they’re being honored by their country, and we love our country more than anything ion the world.”

Part of the exhibit's grand opening included honoring the 360 Purple Heart recipients in Florida who were killed in action since the September 11th attacks.