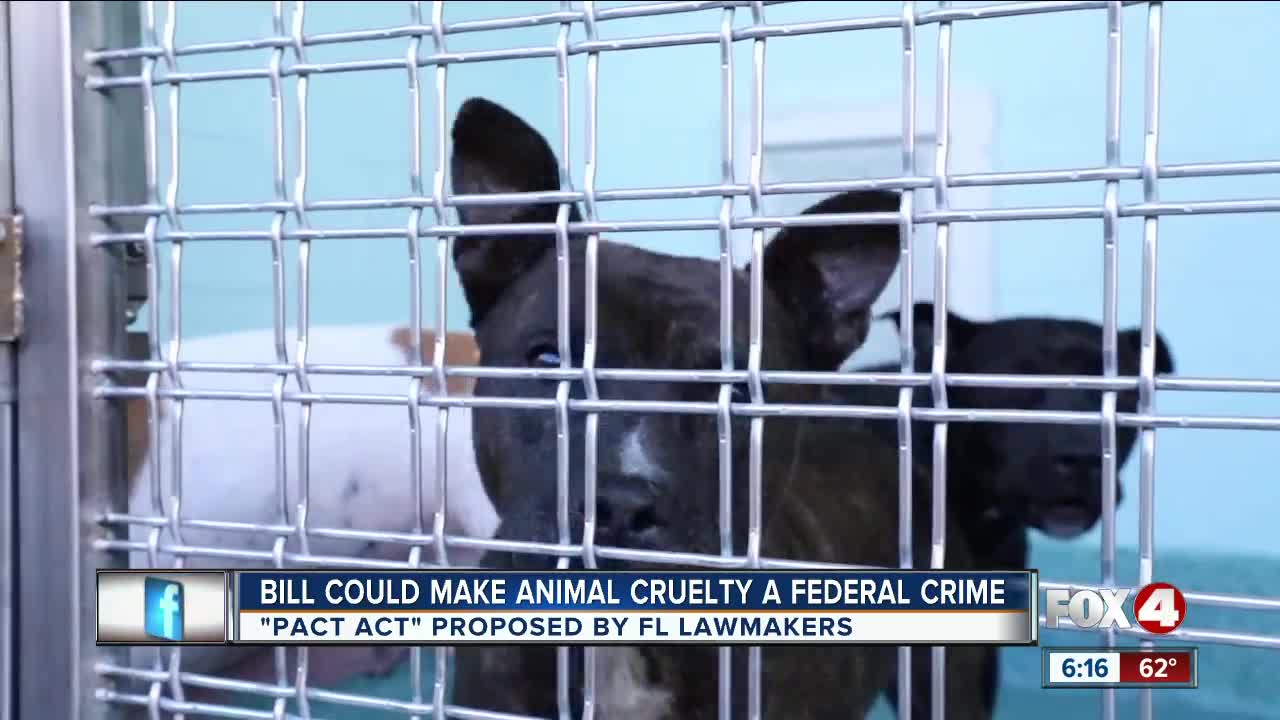 LEE COUNTY, Fla. -- If you intentionally hurt an animal, you could find yourself doing some serious time -- up to 7 years of serious time if a proposed bill is passed.

It’s called the Preventing Animal Cruelty and Torture (PACT) Act. It would target crushing, burning, drowning, suffocating, and impaling animals. It’s gotten a lot of support from numerous people in SWFL. Including the Humane Society of Naples.

“We can always do more to protect animals, we can work harder. I think that it’s great that Congress is at least evaluating what’s out there and what rules they should be making,” said Jonathan Foerster, the Director of Community Affairs.

According to the Collier County Sheriff’s Department, there were 19 reported cases of animal cruelty or abuse reporting in 2018.

In Florida the current law says id you intentionally hurt an animal, it would be a first-degree misdemeanor and a possible $5,000 fine.

The PACT Act could possibly put a person in jail for up to 7 years. The bill contains exceptions for veterinary care, hunting, and actions necessary to protect life or property from a serious threat of an animal.

“I think that it’s great that Congress is at least evaluating what’s out there and what rules they should be making,” said Foerster.