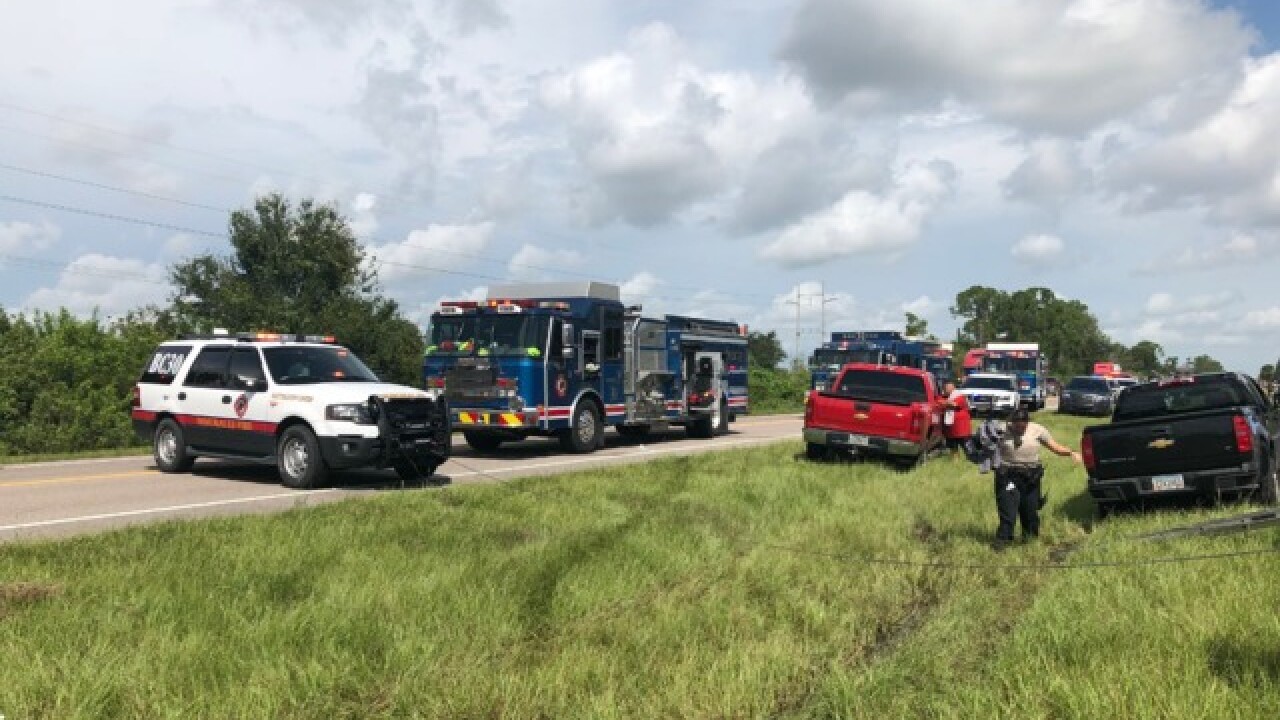 Copyright 2018 Scripps Media, Inc. All rights reserved. This material may not be published, broadcast, rewritten, or redistributed.
Immokalee Fire via Twitter
<p>Fire crews responded to the scene after a car crashed into a canal near SR-29 in Immokalee.</p>

IMMOKALEE, Fla. (AP) - Authorities say a vehicle has slammed into a guardrail on a Florida highway and the driver and a passenger were killed.

The Florida Highway Patrol tells news outlets in a statement that a man was driving on State Road 29 with a woman inside when their vehicle crashed and landed in a canal Monday morning in Immokalee. The statement says alcohol was not a factor in the crash.

A Collier County Sheriff's Office report says the driver lost control and the vehicle went airborne before hitting the guardrail and landing in the canal.

The highway patrol says 76-year-old Coyest Clark Simmons was the driver. He and the 76-year-old woman died at a hospital. Her name was not provided pending next of kin notification.

The highway patrol will investigate the wreck.