Police search for suspect after shots fired in Port Charlotte

A large police presence is on scene in the area of Stone Street and Montgomery Drive. According to the Charlotte County Sheriff's Office, a call came in about gunshots around 5 a.m.

UPDATE (10:56 p.m.) Deputies have arrested Darnell Horace in relation to a shooting incident in the Gulf Cove community Wednesday morning. His affidavit is still in progress.

UPDATE (11 a.m.) -- The person of interest in Wednesday morning's shots fired incident in Port Charlotte, Daniel Bouchard, has been located and is being questioned by detectives.

UPDATE (10:30 a.m.) -- A Charlotte County Sheriff canine unit has apprehended another person involved and is being questioned by detectives. Daniel Bouchard has not been located yet according to CCSO.

**Update** Our Canine unit has apprehended another involved subject in the area. Detectives are now speaking to that subject. It is not Daniel Bouchard, Detectives still need to locate him as well.

PORT CHARLOTTE, Fla. -- Deputies are conducting a shots fired investigation in Port Charlotte Wednesday morning and are searching the area for suspects.

A large police presence is on scene in the area of Stone Street and Montgomery Drive, in the Gulf Cove area.

According to the Charlotte County Sheriff's Office, a call came in about gunshots around 5 a.m.  Witnesses say there was an argument, and some shots were fired.

No injuries are reported, but aviation and canine crews are involved in a search for the suspect.

Deputies are investigating at two other scenes as well, including one on Curry Terrace.

Residents are requested to avoid this area if possible.

We'll update as we learn more on this developing story.

UPDATE: 20-year-old Daniel Bouchard has been identified as a person of interest. He was last seen wearing black pants and no shirt.

If you have info on his location please call the Charlotte County Sheriff's Office or @SWFLCrime8477.

Do not approach him. 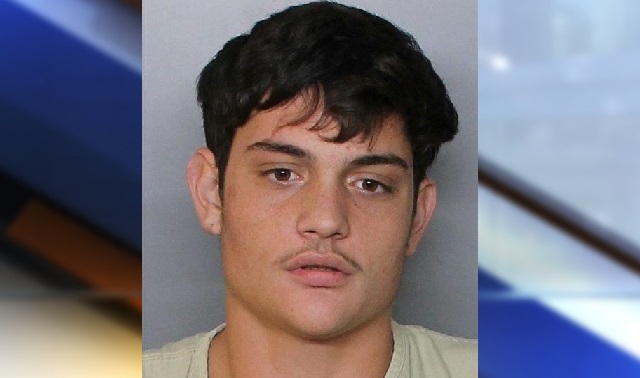