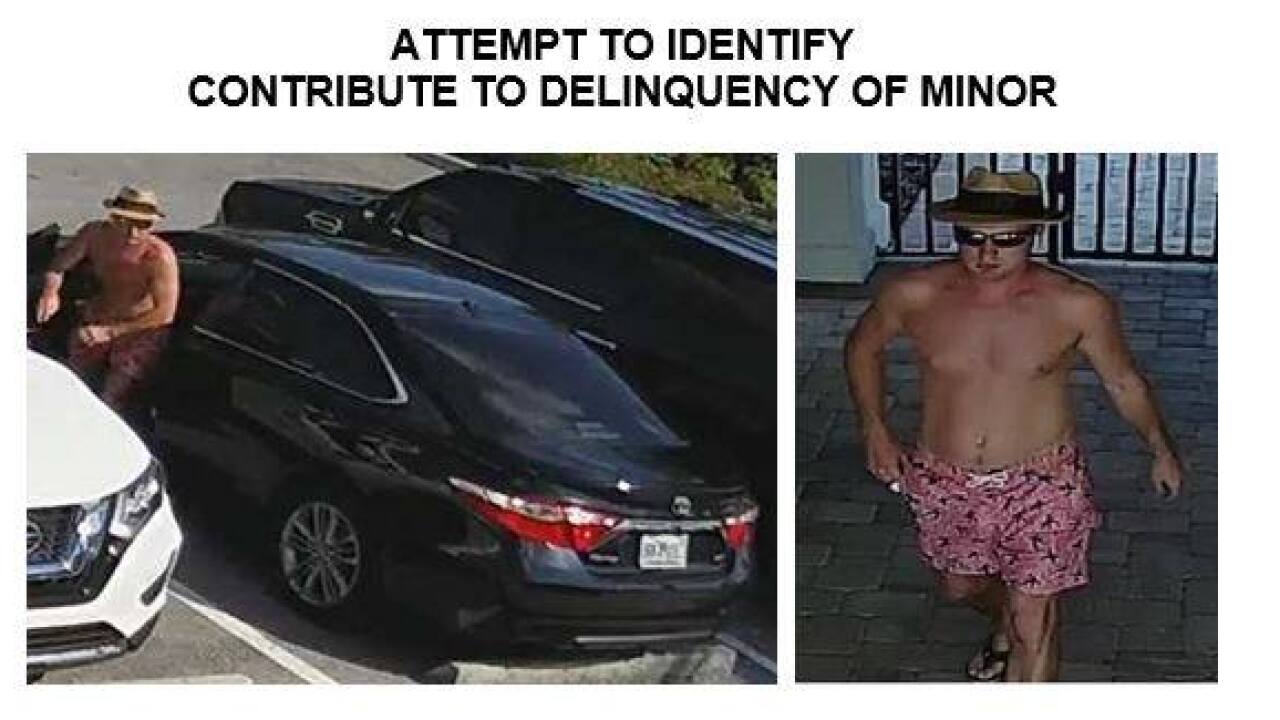 NORTH PORT, Fla. -- Police are looking for a man with an accent who reportedly tried to entice two underage girls to leave with him at a community pool.

According to North Port Police, it happened this weekend at the pool on Charter Oak Drive in the Cedar Grove community off Panacea Boulevard.

Two juvenile females called police after the man seen here reportedly tried to get them to leave with him to get food and drinks.

The male is described as having a thick accent, either German or Russian.

If you have any information, please contact Det. Chris Maki at 941-429-7323 or CMaki@northportpd.com.