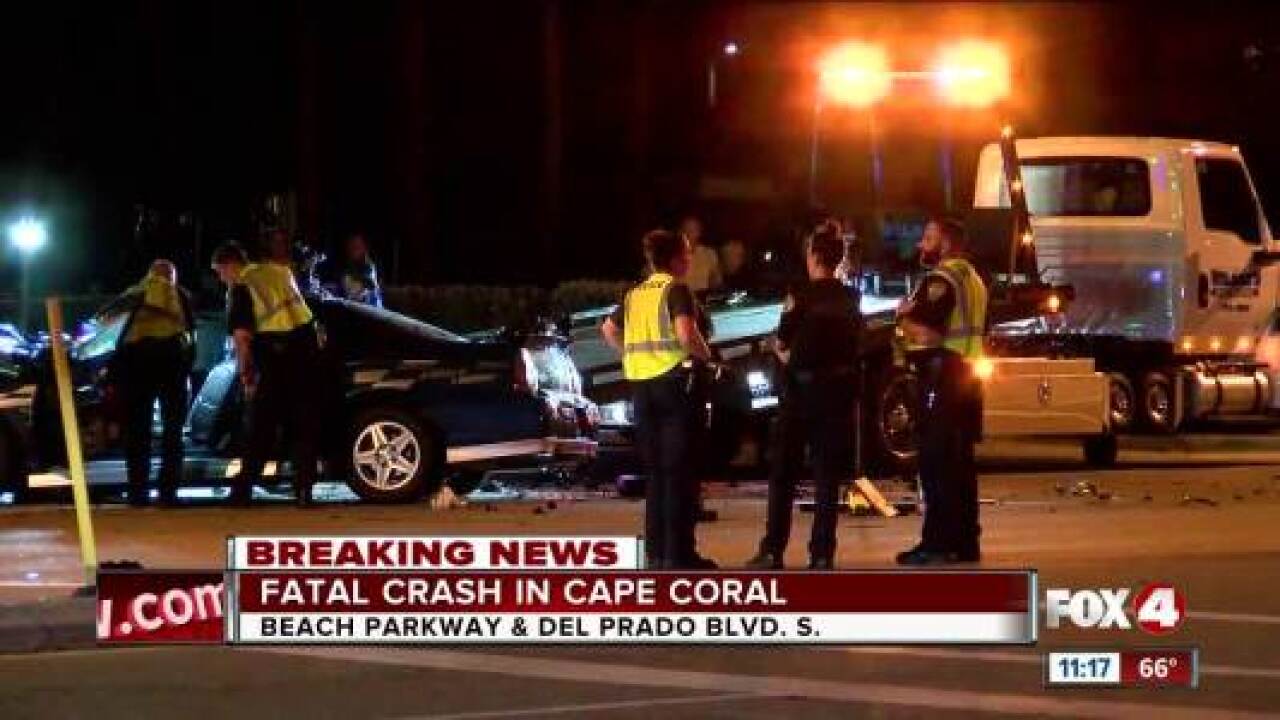 CAPE CORAL, Fla. -- Police have released the name of a Cape Coral man who was killed in a collision while riding a motorcycle Saturday night.

Officers say Cody Fultz was riding at a high rate of speed northbound on Del Prado Boulevard S. at Beach Parkway E. just after 6 p.m. Saturday night when a southbound car turned left into his path.

The motorcycle hit the front right side of the car, and Fultz was ejected onto the roadway. He came to a stop approximately 134 feet from the site of the impact.

Officers say he was wearing a helmet at the time of the crash, but died at the scene from his injuries.

The car's driver, Linda Lewis of Cape Coral, sustained minor injuries and was taken to the hospital.

The road was shut down for about 6 hours while officers investigated.

No word on any charges at this time.