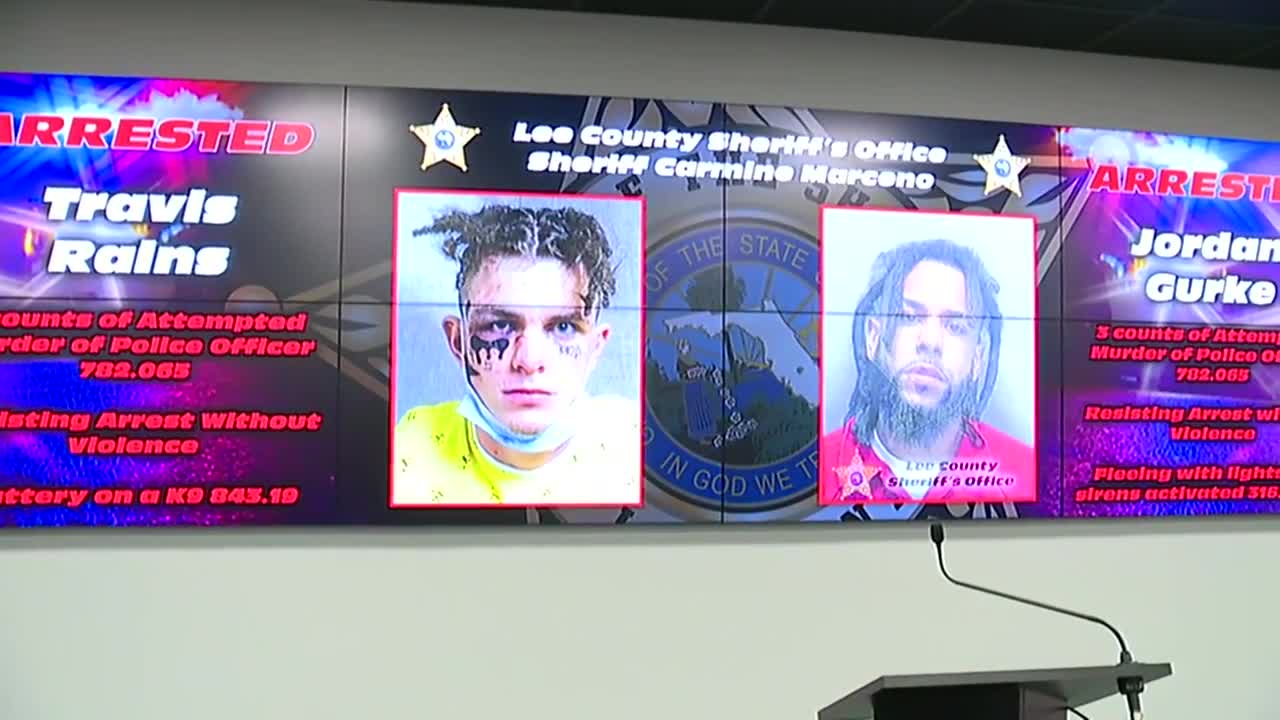 The Lee County Sheriffs Office have arrested two men believed to be involved in a home invasion in San Carlos Park. 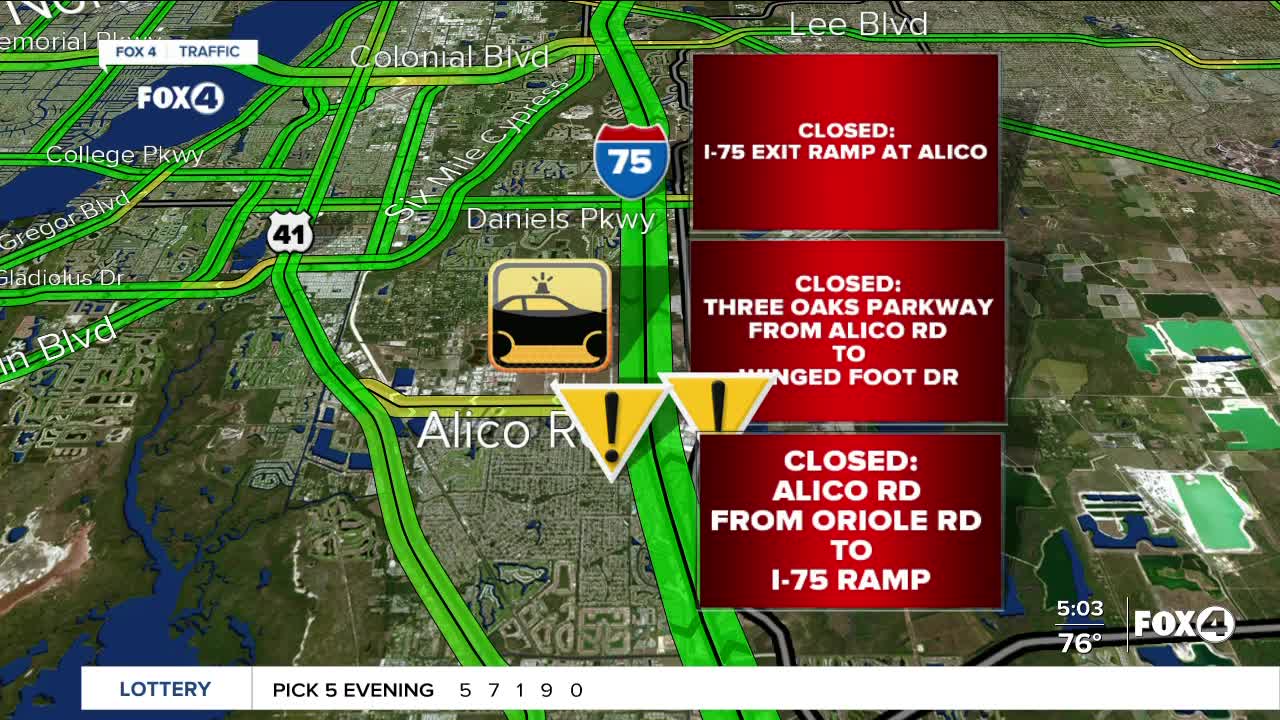 FORT MYERS, Fla. — UPDATE (9 AM)--
The Lee County Sheriff’s Office said they have arrested two suspects said to be involved in a home invasion before fleeing from deputies.

When deputies arrived, the pair fled the scene.

Deputies found the vehicle heading northbound on Three Oaks Parkway and attempted to stop them.

The suspects then fled eastbound on Alico Road and I75.

The pursuit ended on Alico Road and I-75 when the suspects crashed into a ditch.

The suspects opened fire at deputies, and deputies returned fire.

Aviation, cameras, and K9 units were utilized to locate the suspects.

The suspects were taken into custody.

“We will not tolerate violence of any kind, and we will devote all assets and resources necessary to protect the residents of our great county,” said Sheriff Marceno.

According to Sheriff Marceno Travis Rains, 17, and Jordan Gurke, 22, will be charged with Attempted Murder, Battery on a K9, and pending Home Invasion Robbery.

No injuries were reported.

“This behavior sickens me and will not be tolerated, and I want to be crystal clear that we will respond to deadly force, with deadly force every time,” said Sheriff Marceno.
___________________________
The Lee County Sheriff’s Office has advised that a part of Three Oaks Parkway and Alico Road has closed due to an incident.

Alico Road is also shut down from Oriole Road to the 1-75 ramp.

This is a breaking traffic story, Fox 4 will continue to update you with the latest information as we receive it.