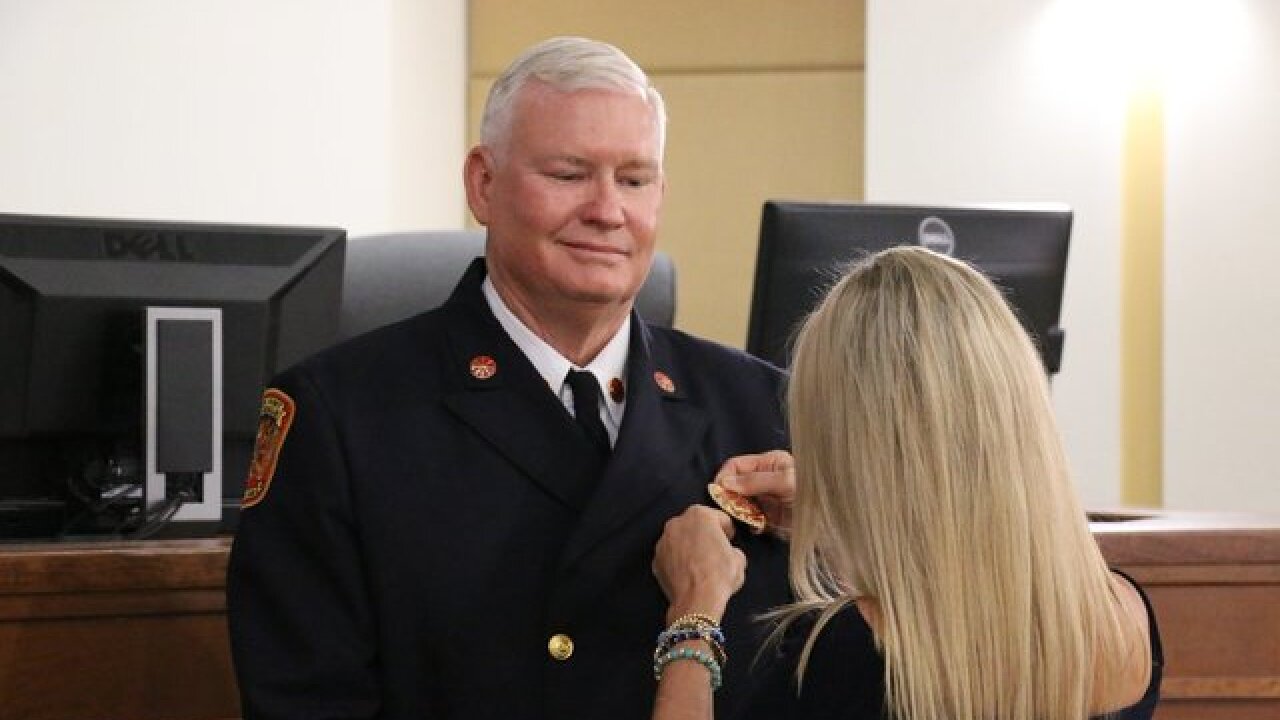 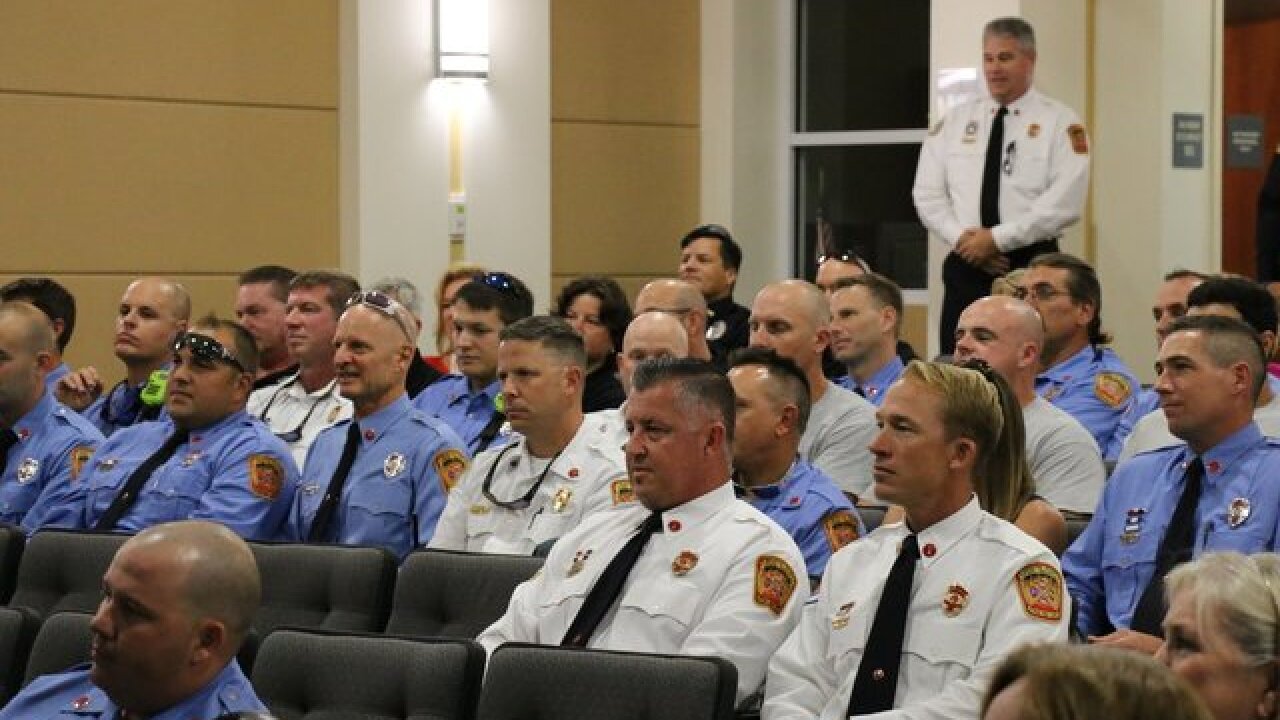 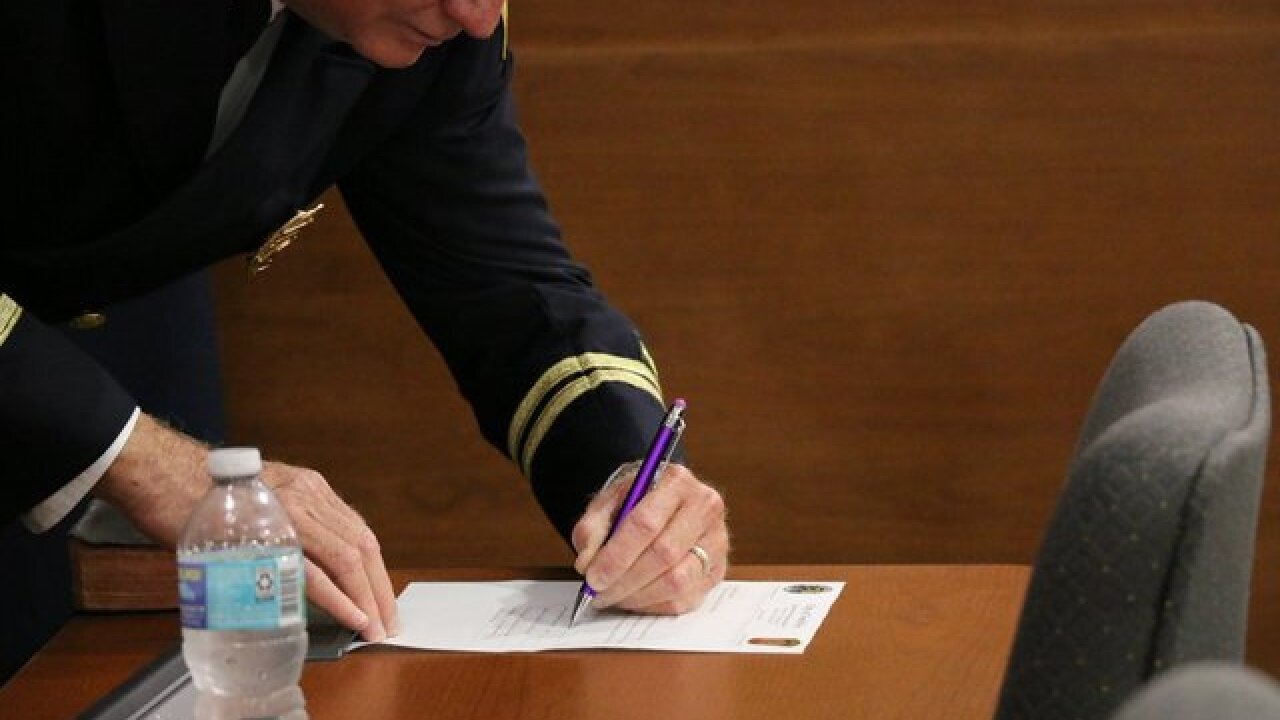 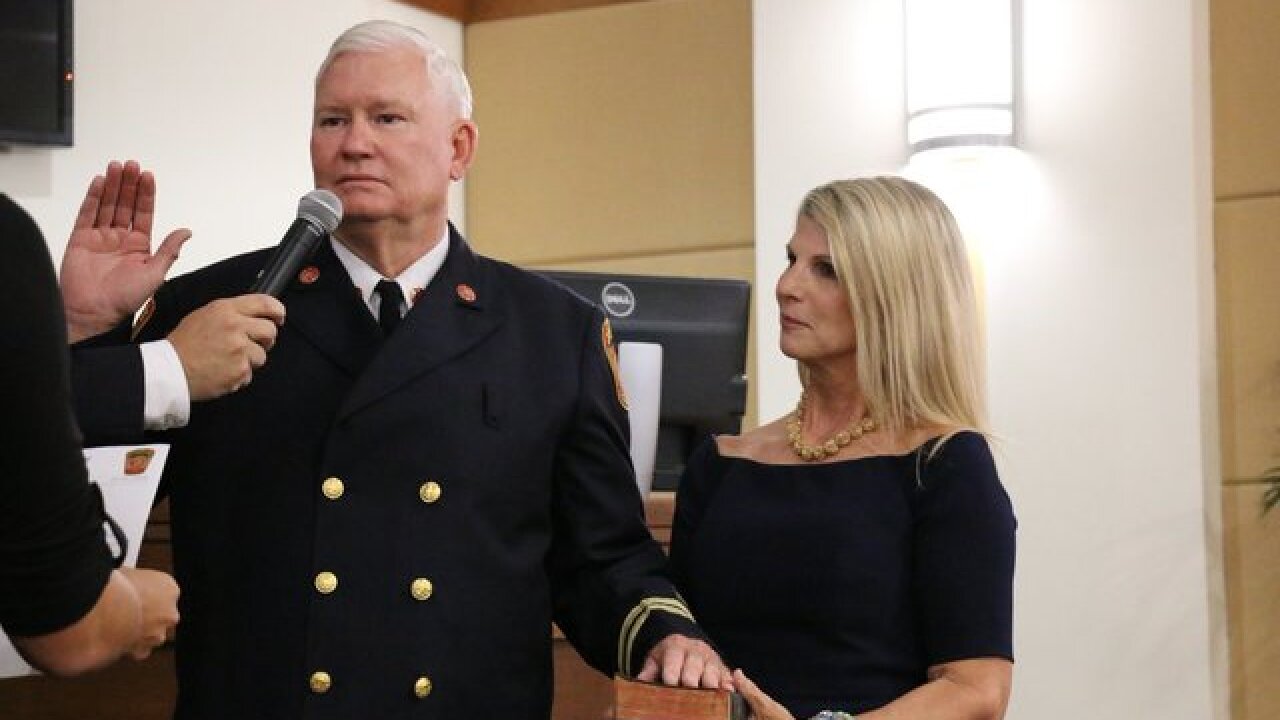 The promotional ceremony was held inside of the North Port City Hall Commission Chambers, where Deputy Chief McCord was joined by friends and family. His wife, Wanda McCord, always assisted with the badge pinning.

Deputy Chief McCord served as interim chief before being promoted.

"Deputy Chief McCord has served the City of North Port for 25 years and has worked his way through the ranks," said Scott Titus, a chief with the North Port Fire Rescue. "Gaining the respect and support of his supervisors, peers, and subordinates."

Deputy Chief McCord started his career in North Port in 1993.

Welcome, Deputy Chief McCord! An official promotional ceremony was held for friends and family to be able to witness this proud accomplishment. His wife Wanda assisted with the badge pinning. We thank you for your 25 years of service up until now, and many more in the future! pic.twitter.com/K5F0gL8Kui