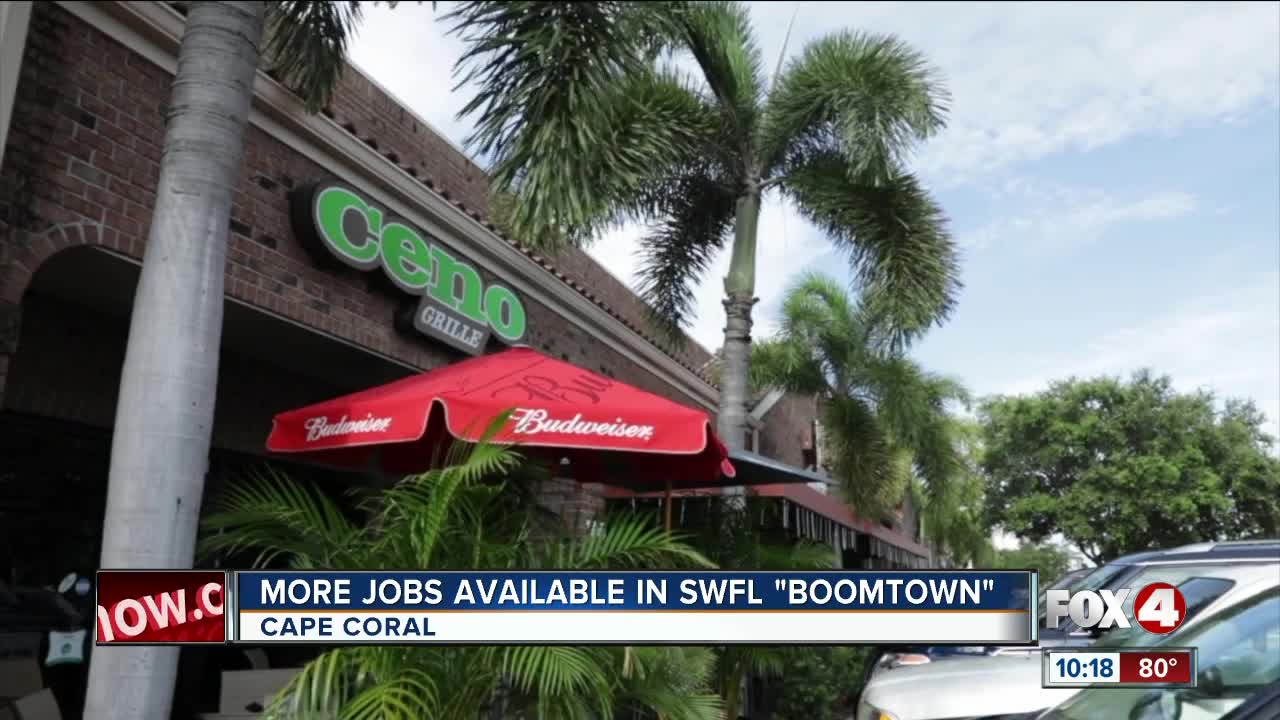 CAPE CORAL, Fla. — Nelly Truax opened up her Spa Paradise in Cape Coral in November 2018, but business has been so good, they are already expanding to add a nail and hair salon, creating more jobs along the way.

“It’s growing a lot. Every week we have new clients, so it’s really growing,” Truax said.

It’s not just Truax’s business, all of Cape Coral is growing. A new study by Arch Mortgage Insurance Company shows Cape Coral ranks number one on the list of the fastest-growing job markets in the country in the last five years. Truax says she’s watched this trend taking shape for a long time.

“I see the growth; I’ve lived here since ’96. When I moved here, there was nothing here,” Truax said.

The study shows the number of jobs in Cape Coral doubled in ten years, mainly in healthcare and construction. The lead economist on the study says that’s because Cape Coral has become more well known.

DeFranco says it helps that it’s cheaper to live down here than up North.

“We’ve also seen the changes in tax law give people an incentive to move from high-cost, high-tax states, like Connecticut, New York, or New Jersey down to Florida,” DeFranco said.

What the study refers to as “boomtowns” are cities that see exceptional growth in a period. DeFranco says these cities attract business owners because of lean business policies.

“They tend to be very business-friendly, so low-tax, friendly business environments,” DeFranco said.

It’s an environment that works for George Lukas, owner of Ceno Grille in Cape Coral, who’s close to opening his second restaurant nearby.

“You can come here and get a nice setup and not set yourself back too much,” Lukas said.

Like so many others in Cape Coral, Lukas appreciates what else it has to offer, especially during the winter.

“I’d have to say the weather. I mean, it’s great here. Yeah, some people say it’s hot, it sure beats wearing jackets and boots and that all the time,” Lukas said.