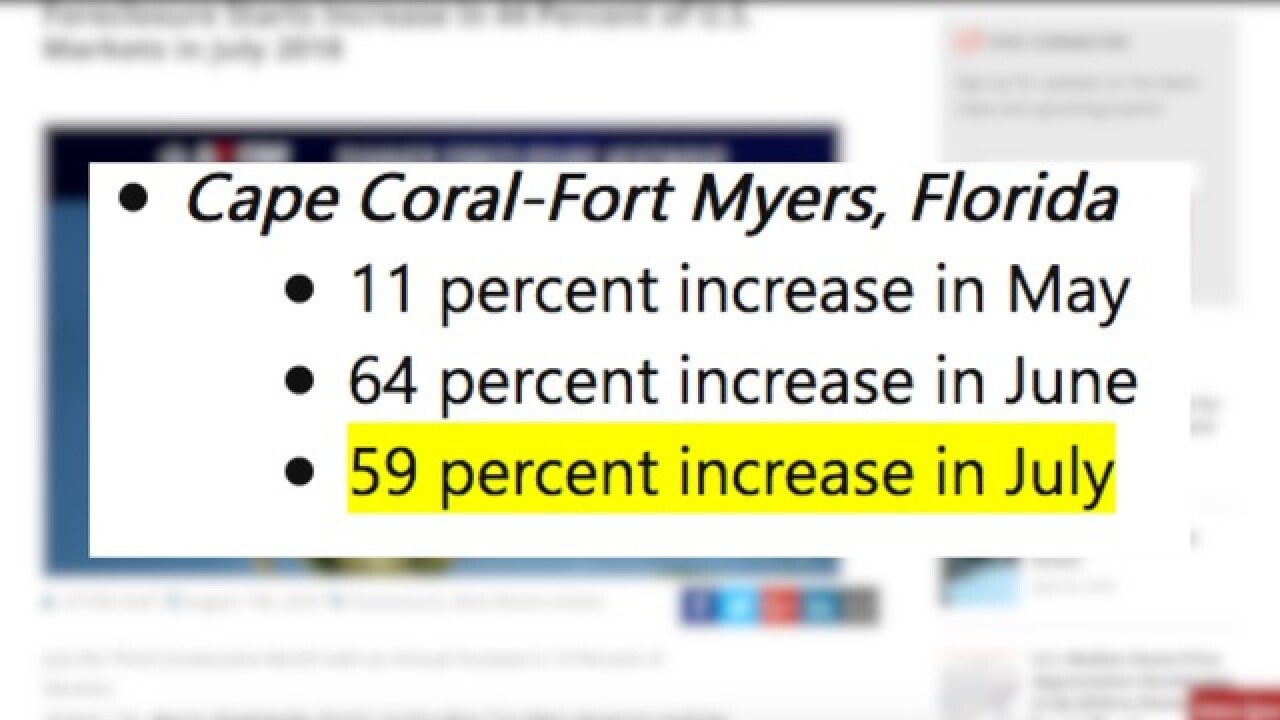 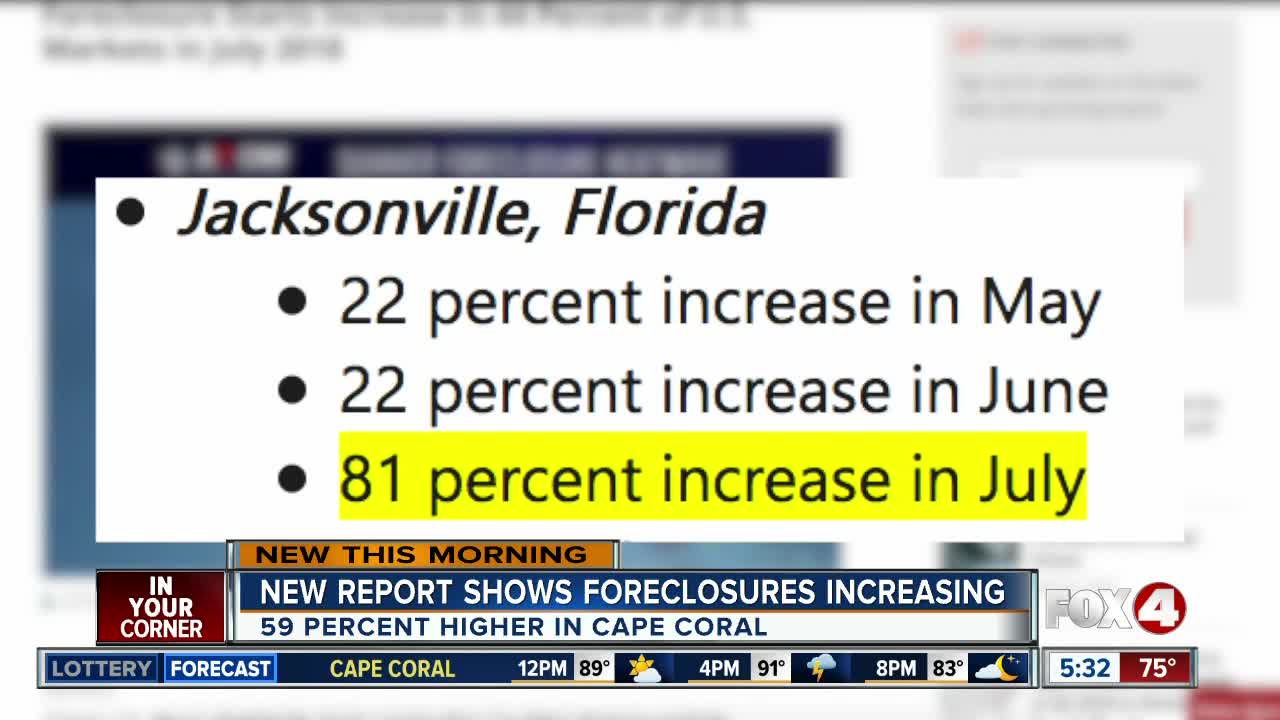 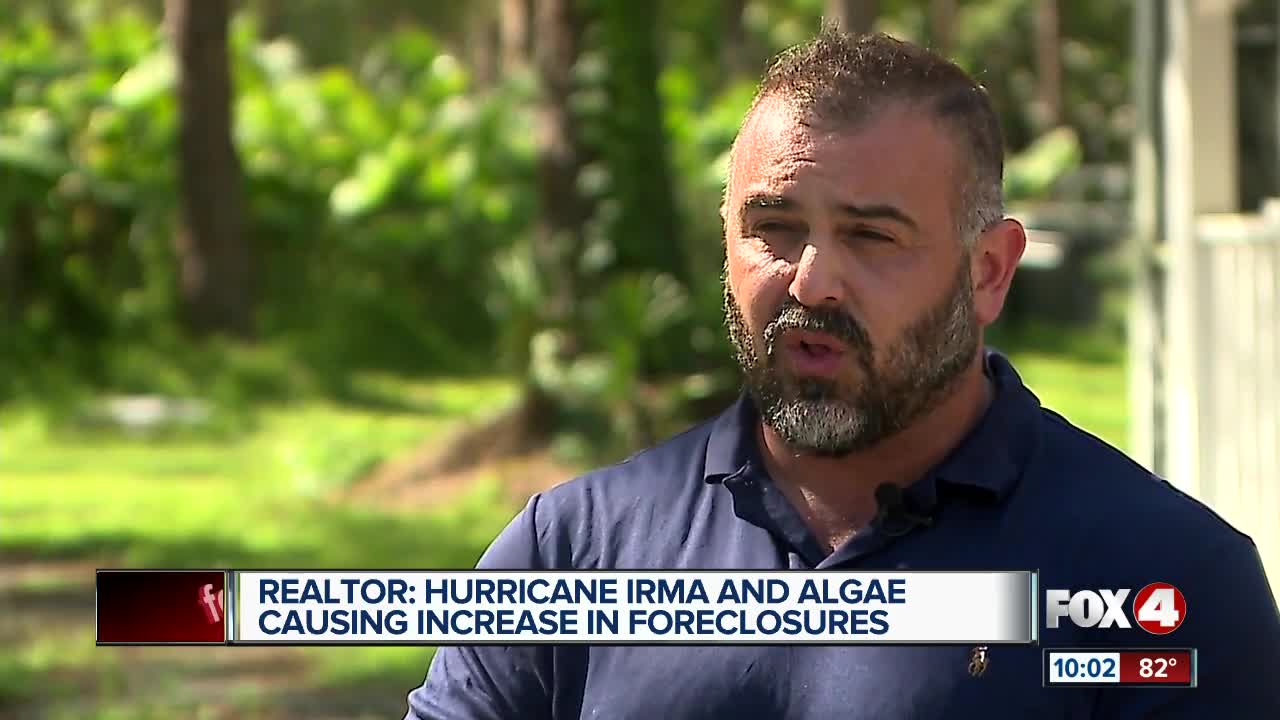 The property database company, Attom Data Solutions says the number of home owners who have started the foreclosure process in Cape Coral and Fort Myers, has gone up 59% since last July.

The year over year number from June, was an increase of 64%, which is much higher than the nationwide increase of just 1%.

Attom says the report shows that this could be a new housing trend, and could led to more foreclosures.

The report says for the first time in 3 years, foreclosures are up nationwide and some of the biggest increases are in Southwest Florida.

According to Trulia, more than 300 homes in the Cape and more than 400 homes in Fort Myers have started the foreclosure process.

Attom says the government has loosened some Obama era lending standards for banks leading more people to take risks with their home loans, causing the spike in foreclosures.

The company says Hurricane Irma may be a factor in the increasing number of foreclosures, since homeowners are stretched thin in markets like Southwest Florida that have had a natural disaster in the last year.