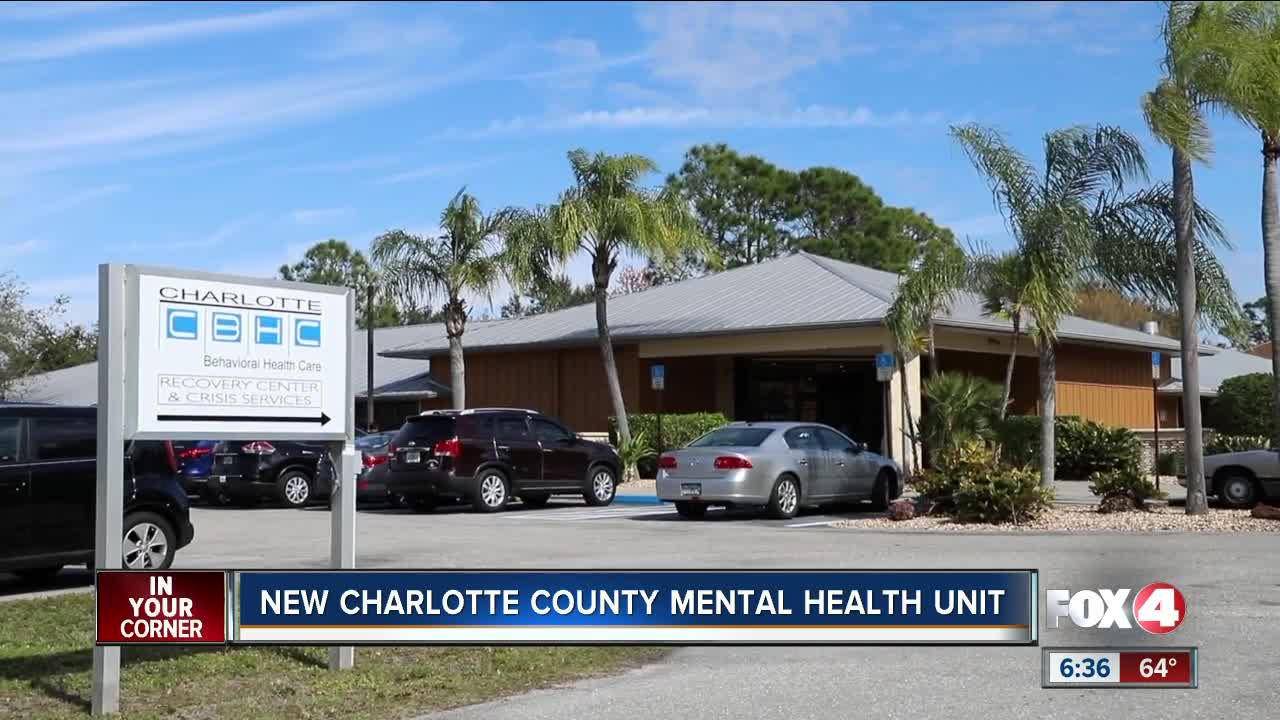 The CCSO says deputies respond to calls that can often be linked to mental health. They have a therapist from the Charlotte County Behavioral Healthcare who reviews call logs from the previous day, and that therapist will follow up with the individuals who could benefit from their services.

"The first goal of this partnership would be to intervene early to avoid arrest and to promote engagement and treatment instead because that’s going to be more effective for these individuals,” said CBHC CEO, Victoria Scanlan.

Scanlan tells Fox 4 that a majority of the calls that are tagged are related to depression.

She said depression can lead to doing some non-violent crimes, but it can also lead to suicide.

"With somebody who’s depressed and isolating they could potentially be at risk and they’re not necessarily going to seek out treatment and this is the benefit of the therapist going to them,” Scanlan said.

Charlotte County Sheriff Public Information Officer, Katie Heck says this is a good way to solve a problem, and ultimately lead to a better life.
"Simply making an arrest does not solve the root of the problem, that creates the continuous calls for service,” said Heck.