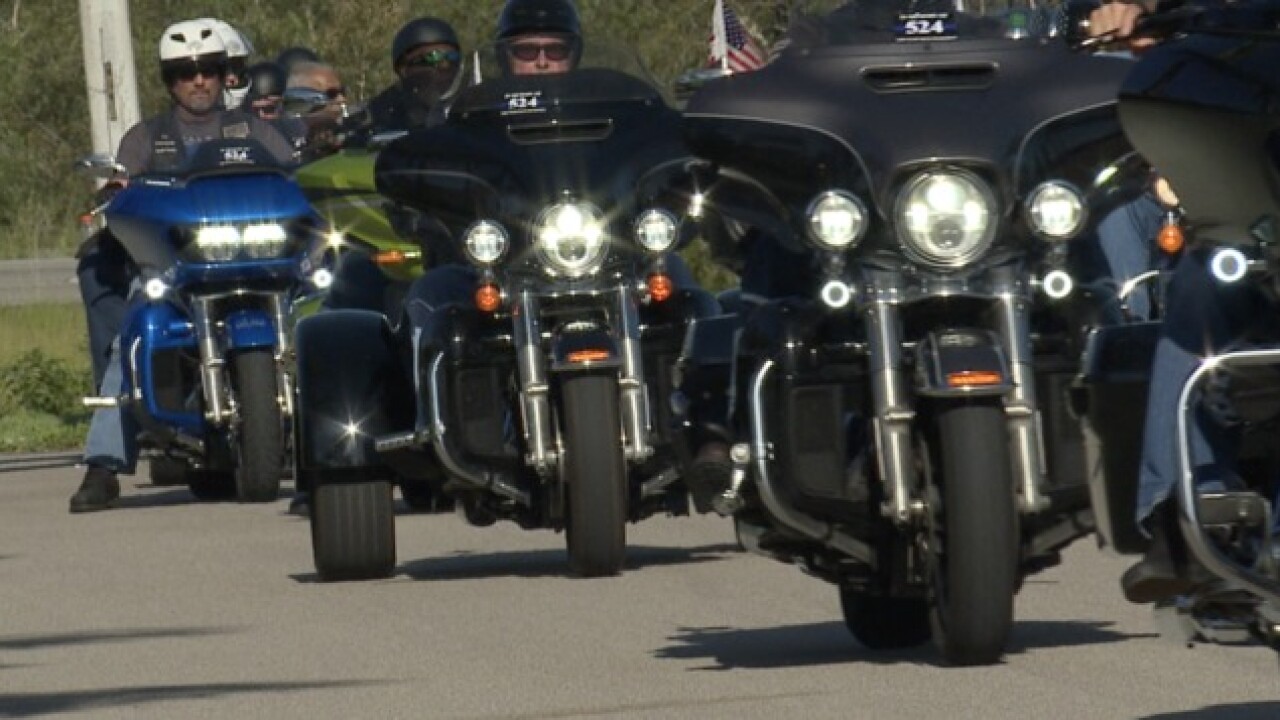 Motorcyclists from all over Florida continue to show support for Officer Adam Jobbers-Miller's family. The Bikes for Badges event organized by Bubba Clem, benefits the families of officers who have been killed in the line of duty.

“We have a dead police officer and the family is in a tough time so we need to help them.”, he told 4 In Your Corner.

Clem started the organization after a friend who was an officer was killed in a shootout. He decided to get the biking community involved because of how he's seen the support the different motorcycle clubs show to various causes.

“When you wrap your arms around them and give them a good cause they’ll be here for ya.”

One of the clubs that came out to support was the Defenders Law Enforcement Motorcycle Club. Over forty members, some coming from out of state, made their way to Six Bends Harley Davidson to show their support for the Fort Myers Police Department and Officer Jobbers-Miller's family.

“We have members all the way from the panhandle, the keys, pretty much all throughout Florida", Scott Kercher told Fox 4.

Kercher is the President of The Defenders. The motorcycle club is made up, in large part, of past and present law enforcement officers. After hearing about the shooting of Officer Adam Jobbers-Miller, he knew he wanted to make sure the Defenders rode out in Solidarity.

The money raised from the Bikes for Badges event will be donated to the family of Officer Adam Jobbers-Miller.