Firefighter loses a month-long battle to the coronavirus. 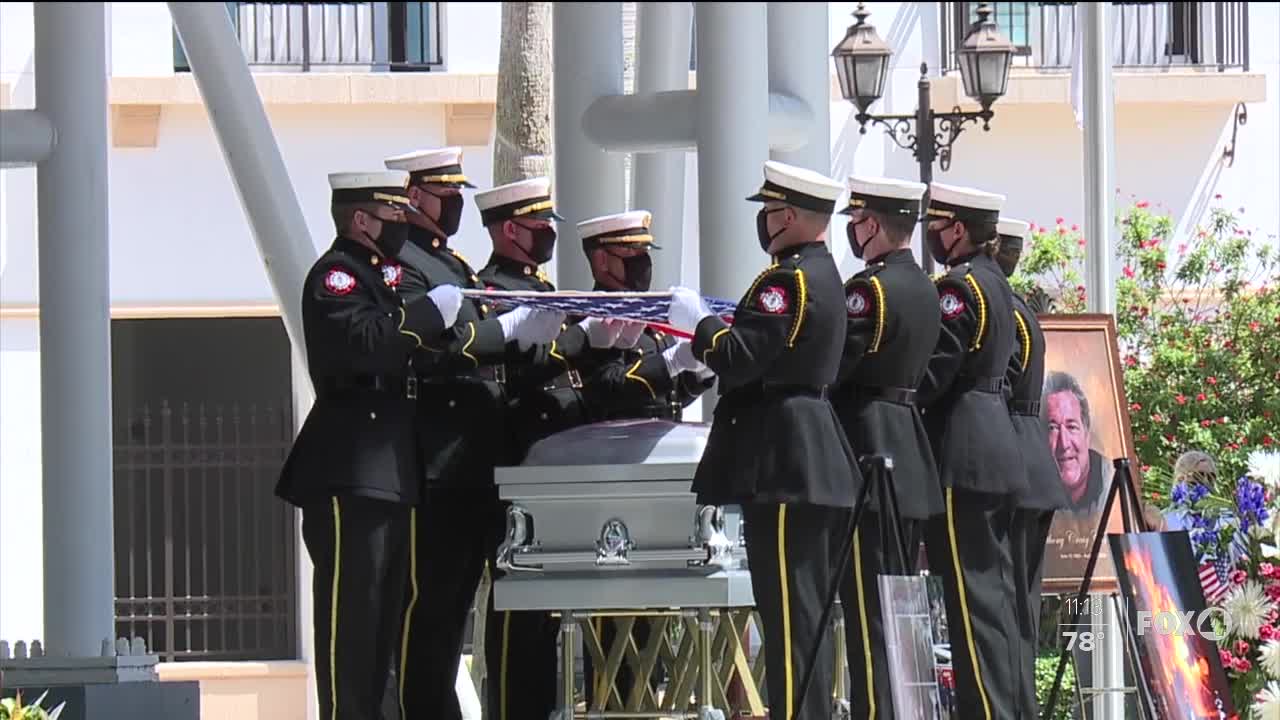 The Southwest Florida community celebrated the life of fallen firefighter Tony Christensen, after losing a month-long battle to the coronavirus.

NAPLES, Fla. — The Southwest Florida community celebrated the life of fallen firefighter Tony Christensen, who died in the line duty after losing a month-long battle to the coronavirus.

“It is not just a hoax it is serious, it is a virus and people are dying every day, ” said Angela Nadelman.

“He is another father, he is somebody that if my dad wasn’t there that I could go to,” said Ashley Nadelman.

“He may not be family by blood, but he’s family by love and that means more than anything, ” said Angela Nadelman.

Christensen contracted COVID-19 while on the job, the illness spread to an entire shift of workers.

Those who knew him best say he was the definition of a giant teddy bear.

“Anytime you saw Tony he’d give you the biggest bear hug, teddy bear Tony is what we called him, ” said Angela Nadelman.

Heather Kline says her husband worked closely with Christensen, and they chose a life of service knowing each and every day could be their last.

“They are there to do the better good for the community, ” said Kline.

Christensen made an impact on all he encountered.

He served as a second-generation firefighter, dedicating nearly 22 years to the Naples community.

“He is one of those guys that always gave of his heart, selfless and decent. You wouldn’t find one person here that would say something negative about him, ” said Chief Pete Dimaria.

Fellow firefighter, Curtis Summeralls says Tony’s memory will continue on throughout the community.

“I know if Tony was here today he would tell you one thing, “I’m gone, but I want my life and legacy to live on through everybody, ” said Summeralls.