Megabus with 53 passengers involved in an accident on I-75 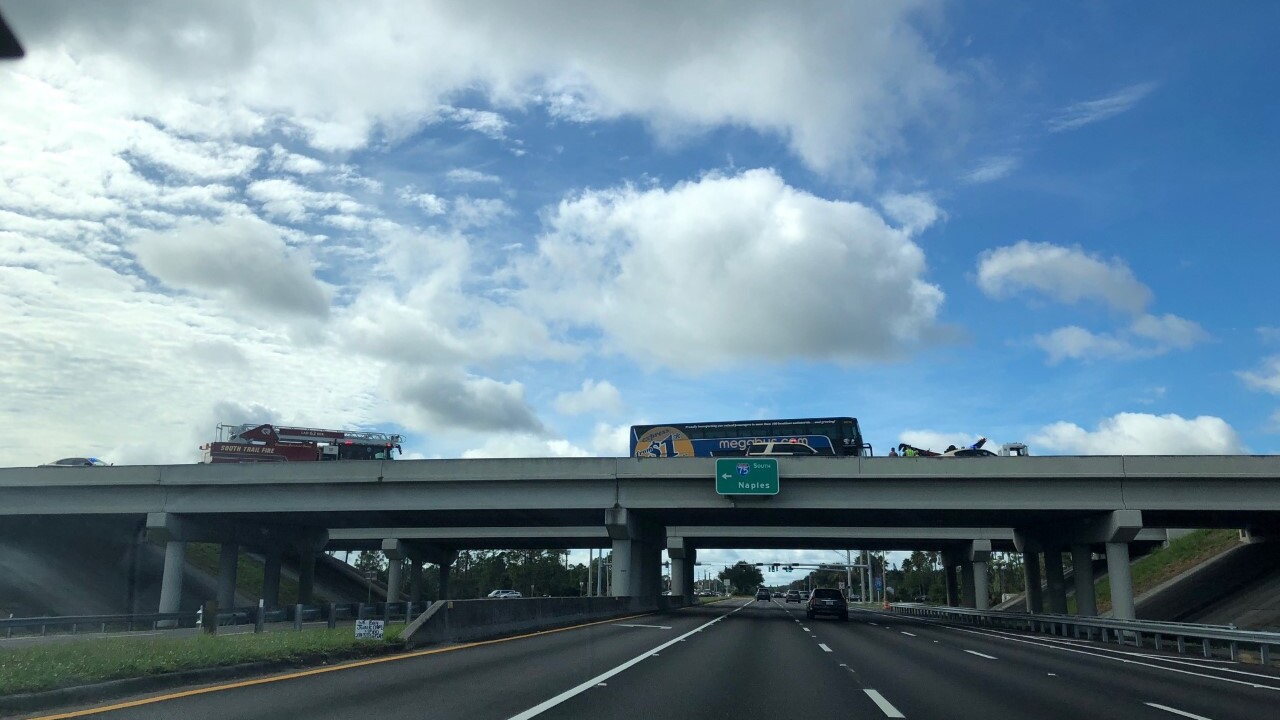 The vehicle made an improper lane change in front of the bus. The front of the bus struck the rear of the vehicle. The bus came to a final rest in the center lane, unable to be moved due to the damage. Northbound I-75 center lanes were reopened at 2:19 pm.

The Megabus was towed away, and another bus was called in to pick up the 53 passengers. No injuries were reported.