Man pushes another man with his truck in Cape Coral 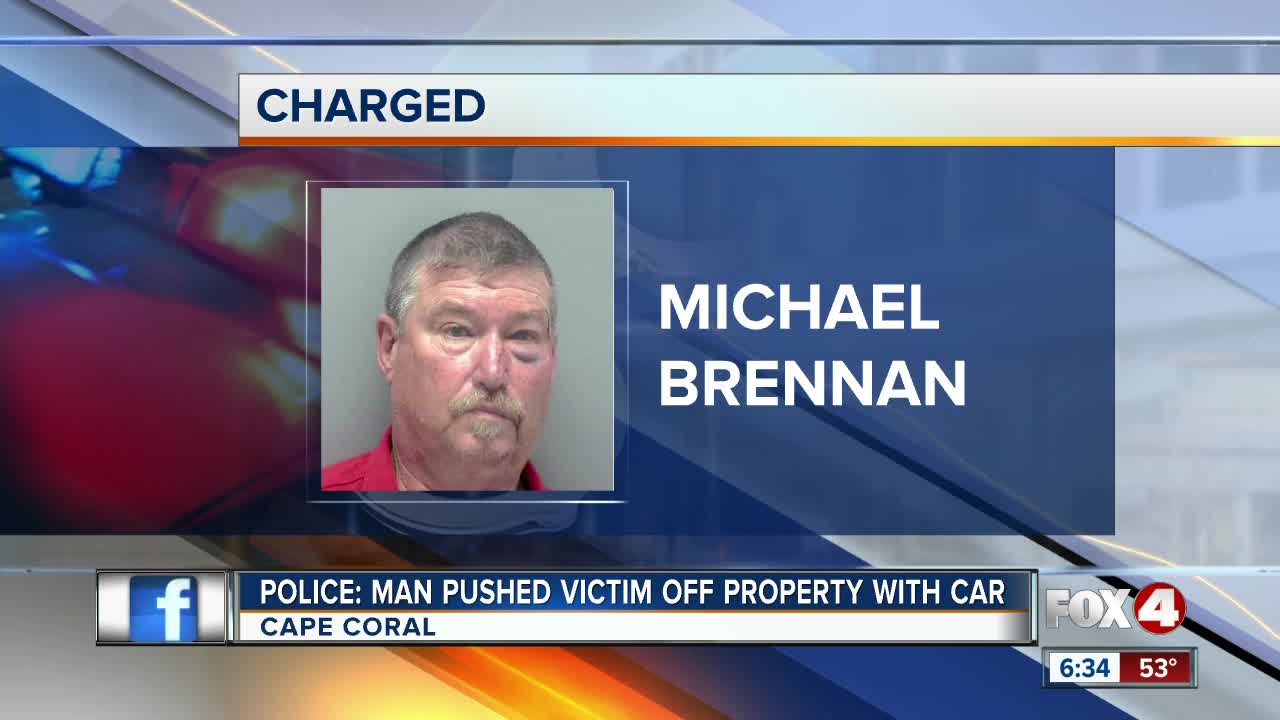 CAPE CORAL, Fla. -- A Cape Coral man is accused of trying to push another man with his truck off a property, during a case of mistaken identity.

According to Cape Coral Police, the victim had gotten out of his truck to look for his phone which went out the window near Southeast 46th Street and Southeast 5th Place.

Police say Michael Brennan confronted the man about property damage done earlier in the day to nearby condos.

Officers say Brennan told the man to leave. But when he didn't. Police say Brennan got in his truck and tried to push the man off the property.

Brennan was placed under arrest and charged with Aggravated Assault with a Deadly Weapon and Battery.