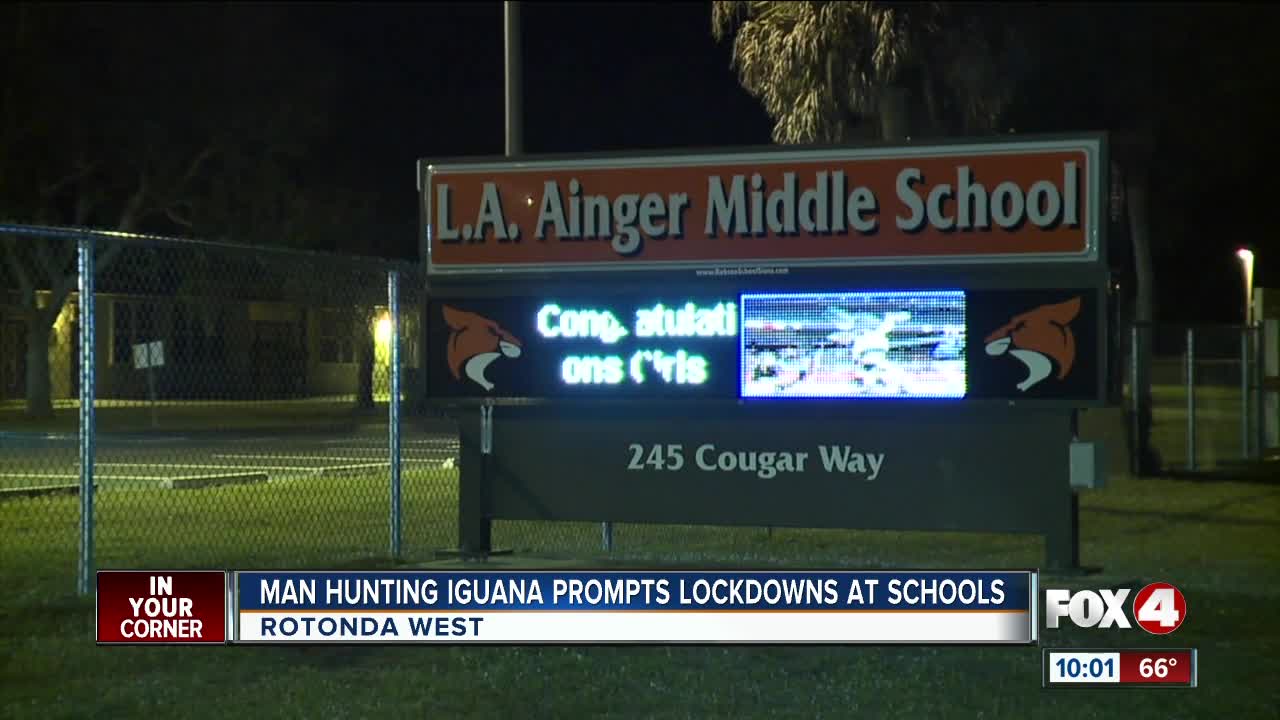 A witness saw a man with what looked like a gun instead turned out to be a man who was hunting iguanas. 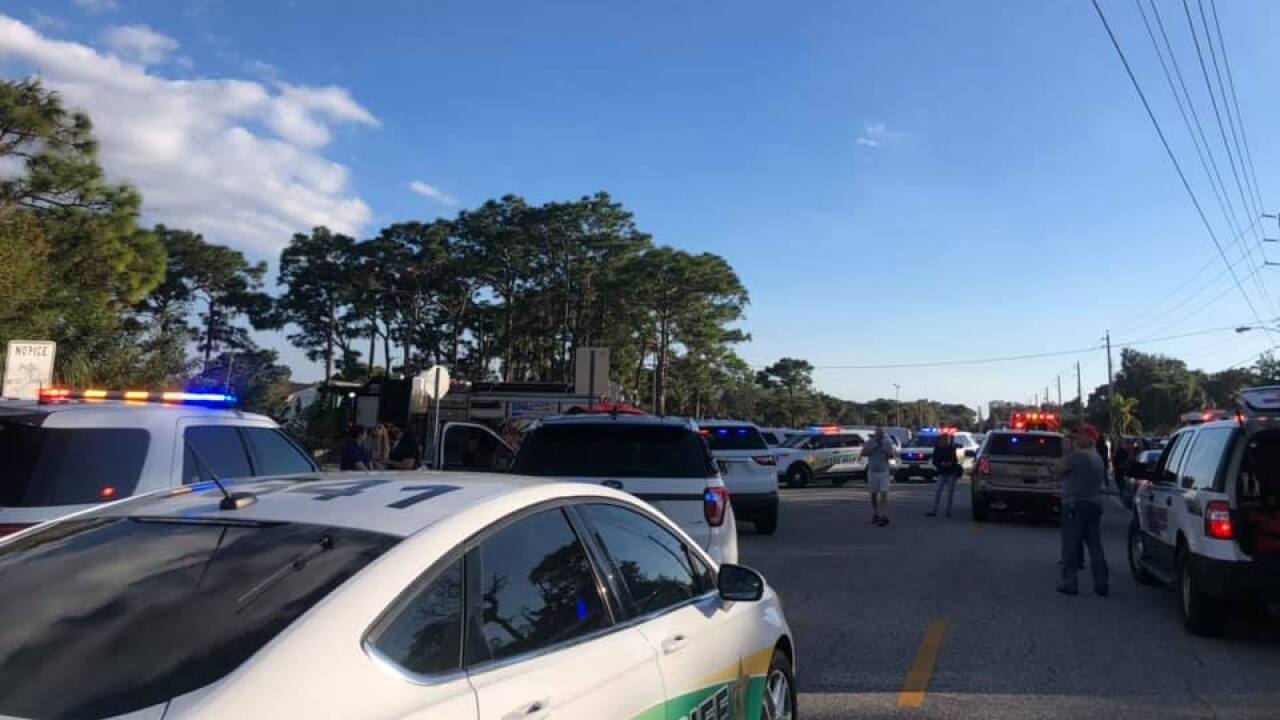 CHARLOTTE COUNTY, Fla. — The Charlotte County Sheriff's Office got a call that a man with a rifle was seen near a local elementary and middle school.

According to deputies, this was all over iguanas.

Deputies say Roy Wathen was apparently hired to hunt the animals with a pellet gun nearby.

A witness nearby did not know who he was or what he was doing spotted the weapon in his hand and wasn't taking any chances.

That person called law enforcement around 3:30 pm leading to both LA Ainger Middle School and vineland elementary school being placed on lockdown as a precaution.

"Within 12 minutes, we had the subject who was later identified by the witness who initially told our SRO," Matthew Dowling, Charlotte County Sheriff.

Wathen was issued a trespass warning and released from custody.

The principal of Vineland Elementary says they plan to have extra staff on hand tomorrow to provide counseling for those who may need it after today's ordeal.