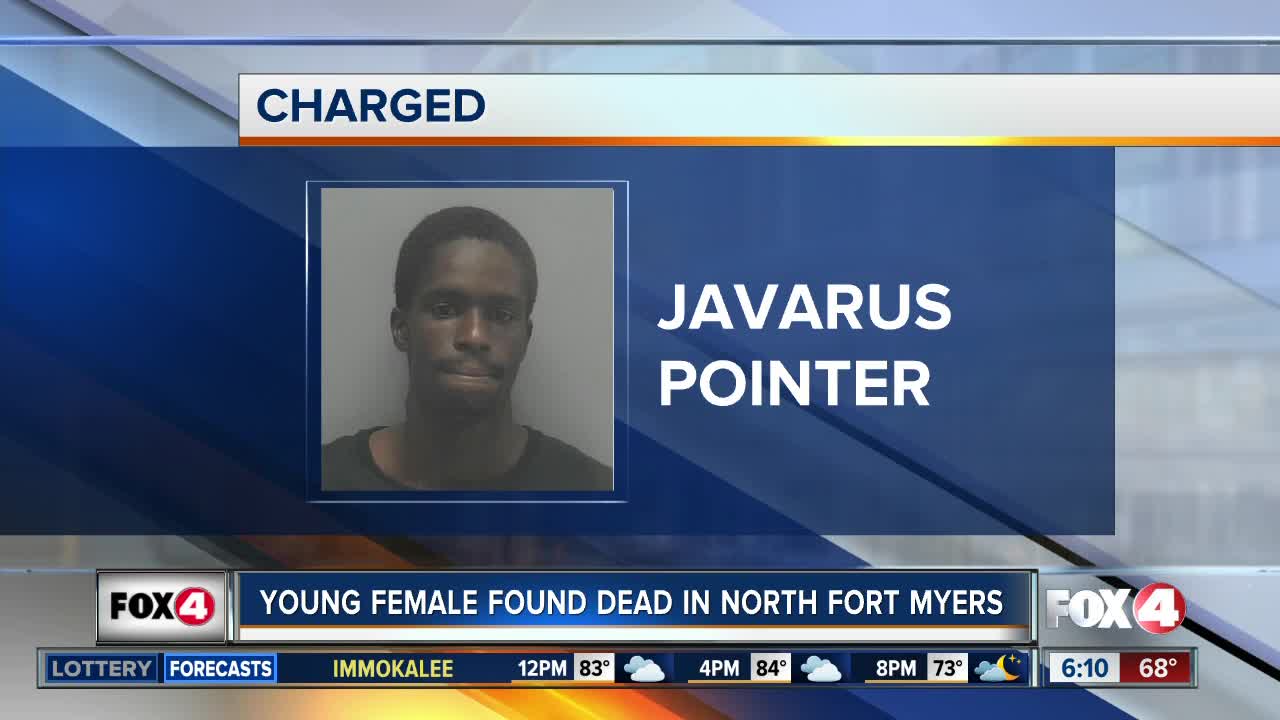 Pointer has been charged with Unlawful Sexual Activity with Certain Minors and Delivery of a Controlled Substance to a Minor.

LEE COUNTY, Fla. -- We have an update to a suspicious death investigation in North Fort Myers.

Lee County Deputies were called to a home on North Second Street on Wednesday afternoon. We now know that the victim was a juvenile female.

Investigators say she was invited to the home of 25-year-old Javarus Pointer and died shortly after.

Pointer has been charged with Unlawful Sexual Activity with a Minor and Delivery of a Controlled Substance to a Minor.