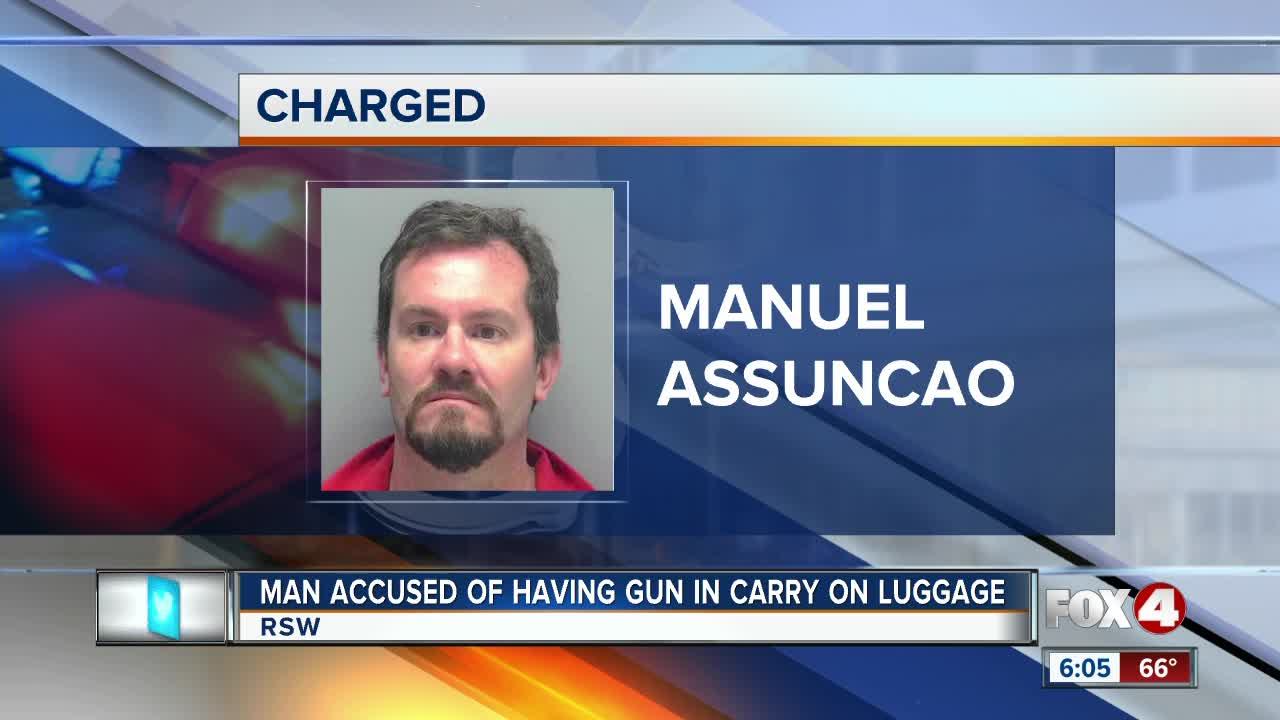 FORT MYERS, FLa. — A man is facing charges after police say he tried to get a gun past TSA in his carry-on luggage at Southwest Florida International Airport.
Port authority police say it happened yesterday when Manuel Assuncao put his bag through the x-ray machine. An agent then alerted police after seeing what appeared to be a gun inside. The officer opened the bag and found an unloaded revolver inside.
According to the report, Assuncao says he forgot the gun was in his luggage.
He has a concealed permit in Massachusetts but not in Florida.
Assuncao is charged with carrying a concealed weapon without a license.