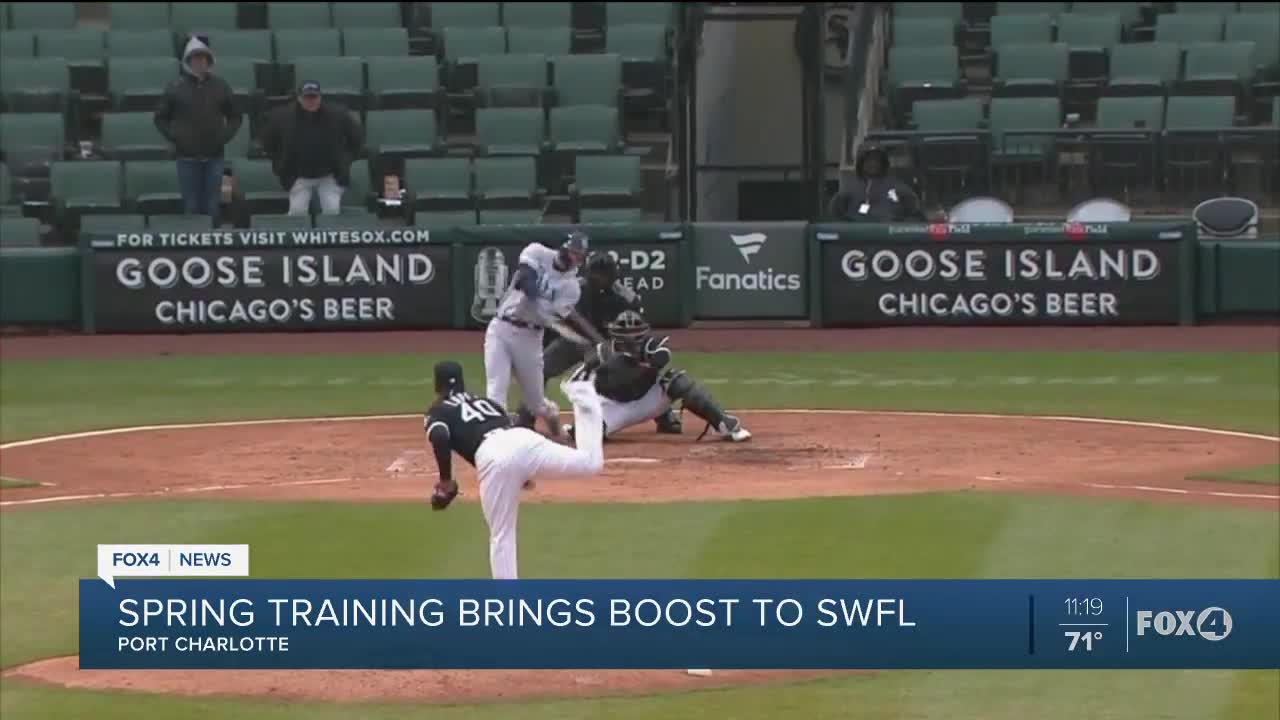 PORT CHARLOTTE, Fla — Spring training has begun and baseball fans here in Southwest Florida are ecstatic, not only to see their favorite teams play but because of the economic growth that comes to this area.

According to the Punta Gorda/Englewood Beach Visitor & Convention Bureau in 2019, Out-of-county visitors generated an estimated $13.8 million in economic impact in Charlotte County. Last years games in Charlotte County alone attracted close to 70,000 fans and 66.7 % of them of them included out of town visitors. While 34.7 % percent included county residents, but 95.6 % of non residents said they will be returning.

All star sports bar in Port Charlotte was packed tonight with fans excited about the news. One former White Sox player says he’s excited for not only Tampa Bay but other teams as well.

“Well it’s great to have another team, we’ve had Tampa Bay here and now we’ve got the Braves coming to North Port, so we’ll be able to see a lot more games now, and of course baseball is baseball”, said Jim Redmon.

“When I played with the White Sox they were in Sarasota, and you could see the people coming out. They would come from up north to come and watch a game and it's the same way today”, said Redmon.

Pierce says he is most excited to see the economic growth here in our area.

“The economy is growing here in Port Charlotte, North Port, and Englewood. It’s going to turn into a sports city”, said Pierce.