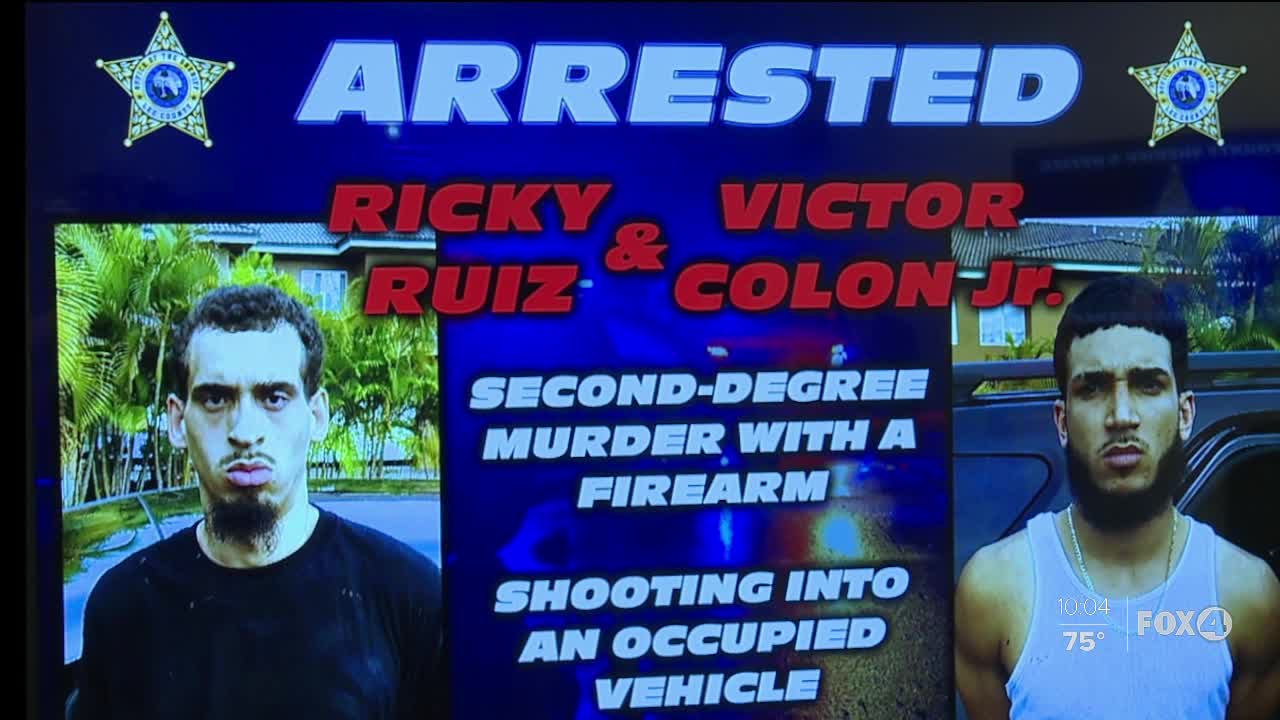 Two men wanted in connection to a homicide in Lehigh have been found in Miami.

Ricky Ruiz and Victor Colon Jr. were arrested and charged with Second Degree Murder with a Firearm and Shooting into an Occupied Vehicle.

LCSO says both Ruiz and Colon knew the victim.

Ruiz and Colon were found in Miami and are waiting for extradition.

On Wednesday, February 19, 2020, at approximately 5:45 p.m., Lee County Sheriff's Office deputies responded to the area of Beth Stacey Boulevard and Woodward Boulevard in reference to a shooting.

The location is in the Lehigh Acres area.

Due to the nature of the incident, Major Crimes Unit detectives responded to the scene and assumed the investigation. This is now an active homicide investigation. Detectives believe this to be an isolated incident.

The scene is active and further information will be released as it becomes available.