Lee County man arrested for sexual battery on a minor 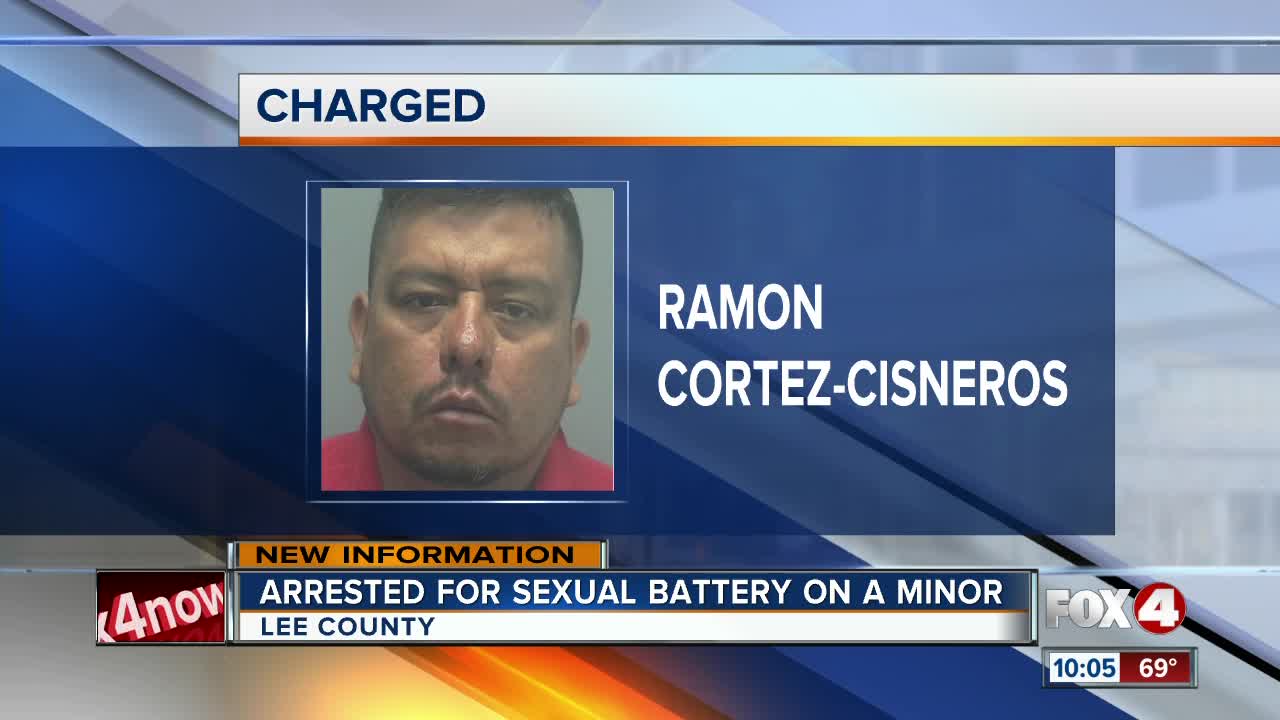 A Lee County man has been arrested for sexual battery on a minor.

They said they also learned Cortez-Cisneros is an illegal alien.

Border patrol agents were there for his arrest, and he's now facing multiple charges.