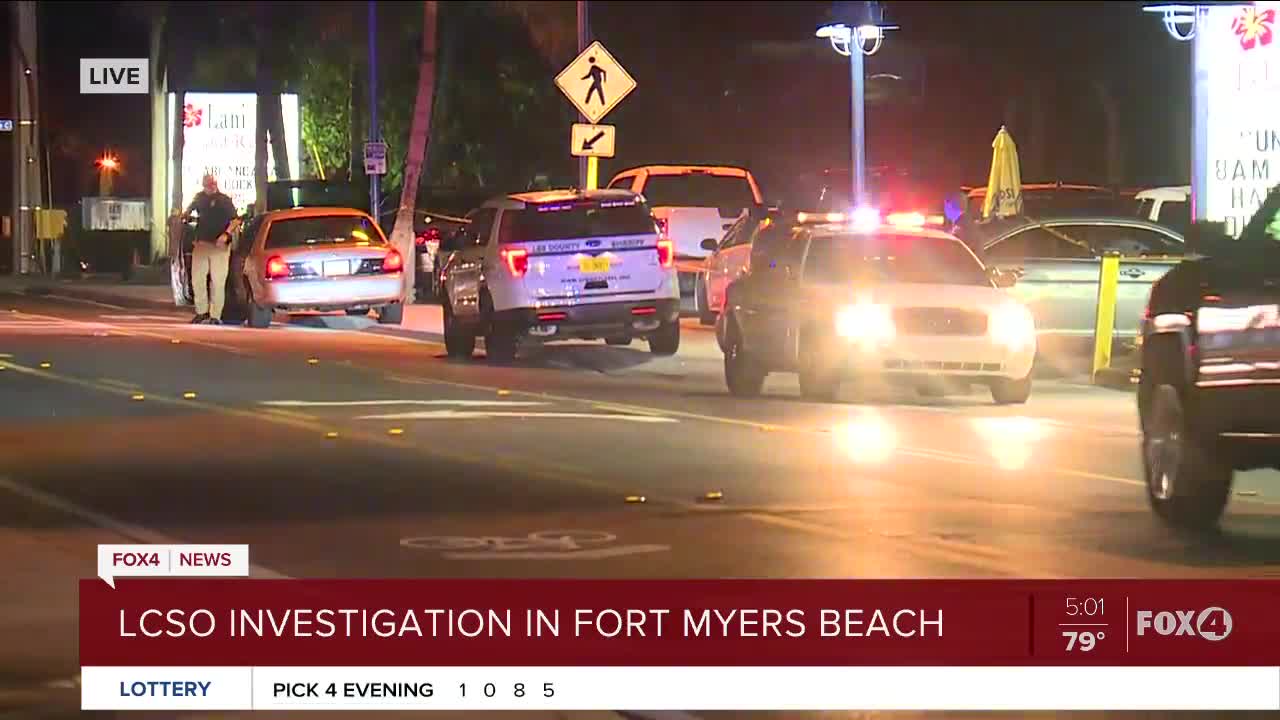 A large LCSO investigation is unfolding on Fort Myers Beach. It appears to be concentrated at the Lani Kai Island Resort. CSI units have arrived on scene.

There was a violent altercation amongst several individuals shortly after midnight.

The Sheriff says three people were shot; two were transported and treated for non-life-threatening injuries.

One male victim is deceased.

A suspect has not been arrested.

This is an ongoing active homicide investigation.

Deputies are still working the scene, which appears to be concentrated at the Lani Kai Island Resort.

Deputies also confirmed that the 7-Eleven nearby was part of the crime scene.

An ambulance was seen leaving the scene early Wednesday morning. A number of people were also seen in tears, as deputies worked to investigate.

Fox 4 has reached out to the Lee County Sheriff's Office to find out what they are investigating.