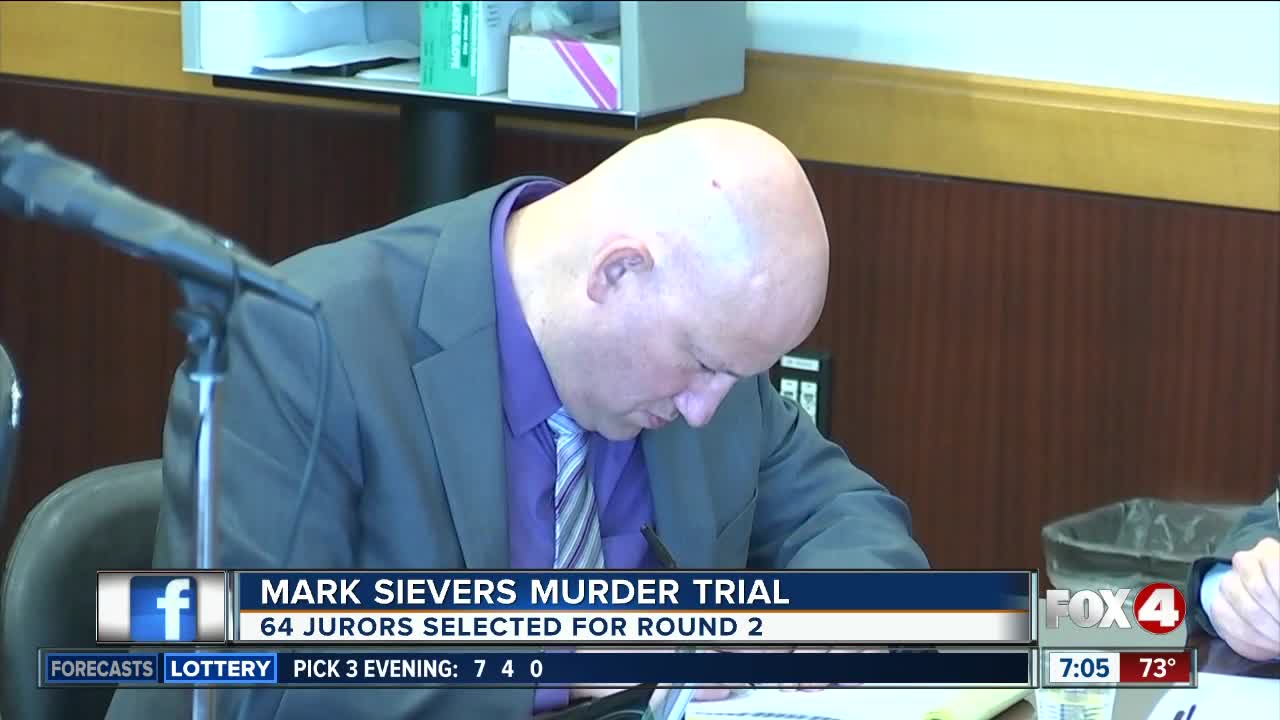 Jimmy Rodgers' sentencing was also pushed back on Thursday

FORT MYERS, Fla. -- We are now on to the second round of jury selection for Mark Sievers, and the process is expected to last through the middle of next week.

By Thursday afternoon the court was up to 54 potential jurors for the Mark Sievers trial but they wanted at least 60. A pool of 28 more potential jurors was brought in to go through the initial phase of questioning.

From that pool, 10 potential jurors passed to the second phase, joining the 54 that had already passed.

The death qualification phase of questioning began Thursday afternoon. This is the phase where potential jurors are asked how they feel about the death penalty.

Rodgers was set to be sentenced next week, but the court brought Rodgers in on Thursday to decide if that sentencing should be moved. But Judge Kyle decided to keep it scheduled for Monday, November 18.