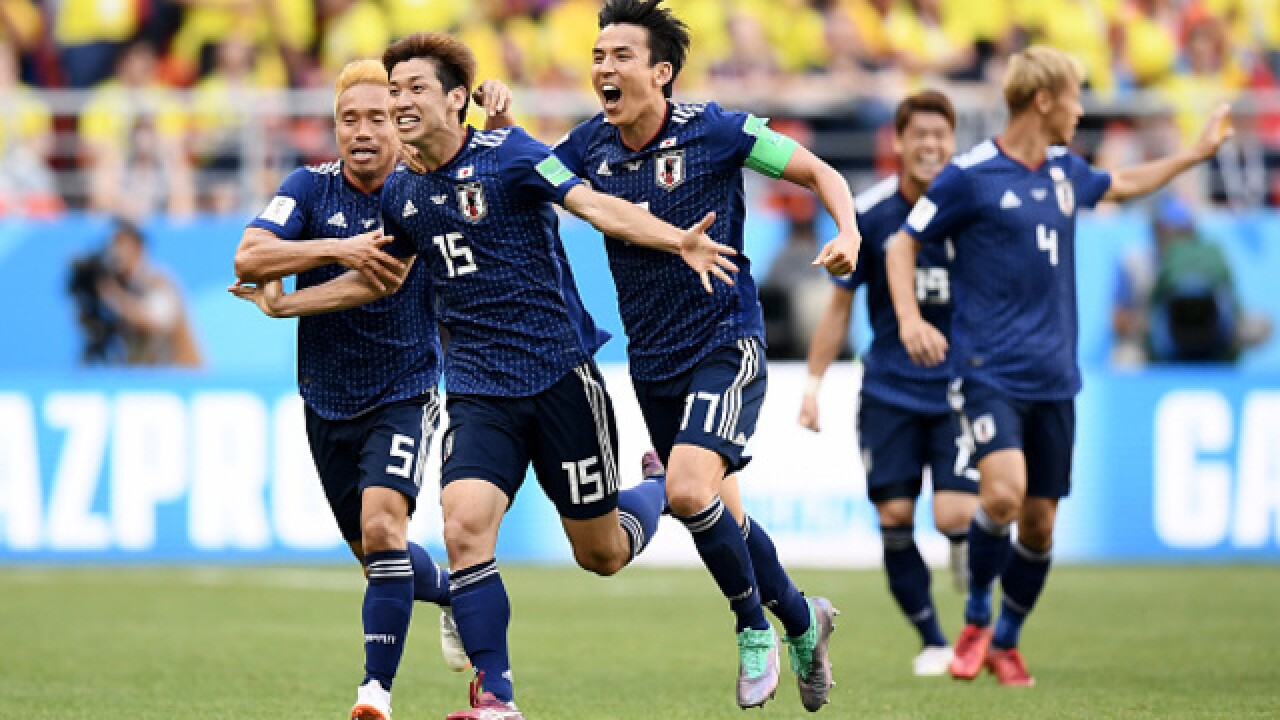 SARANSK, Russia (AP) - Yuya Osako had a surprise in store for those who thought the absence of Shinji Okazaki left Japan little hope of competing with Colombia at the World Cup.

Osako's gritty determination to set up one goal and his 73rd-minute header from Keisuke Honda's corner kick lifted Japan to a surprising 2-1 victory over the Colombians on Tuesday.

Osako won a bouncing ball to begin an early sequence that led to a penalty, put Colombia a man down and gave Japan a 1-0 lead when Shinji Kagawa converted from the spot.

Colombia had to play all but the opening minutes with 10 men after Carlos Sanchez received a red card for blocking Kagawa's shot on goal with his extended right arm.

Columbia equalized late in the first half on Juan Quintero's rolling but accurate free kick, which sneaked inside the right post.

Japan became the latest side to pull off an upset at the World Cup, joining Mexico, Switzerland and Iceland in earning surprising results.