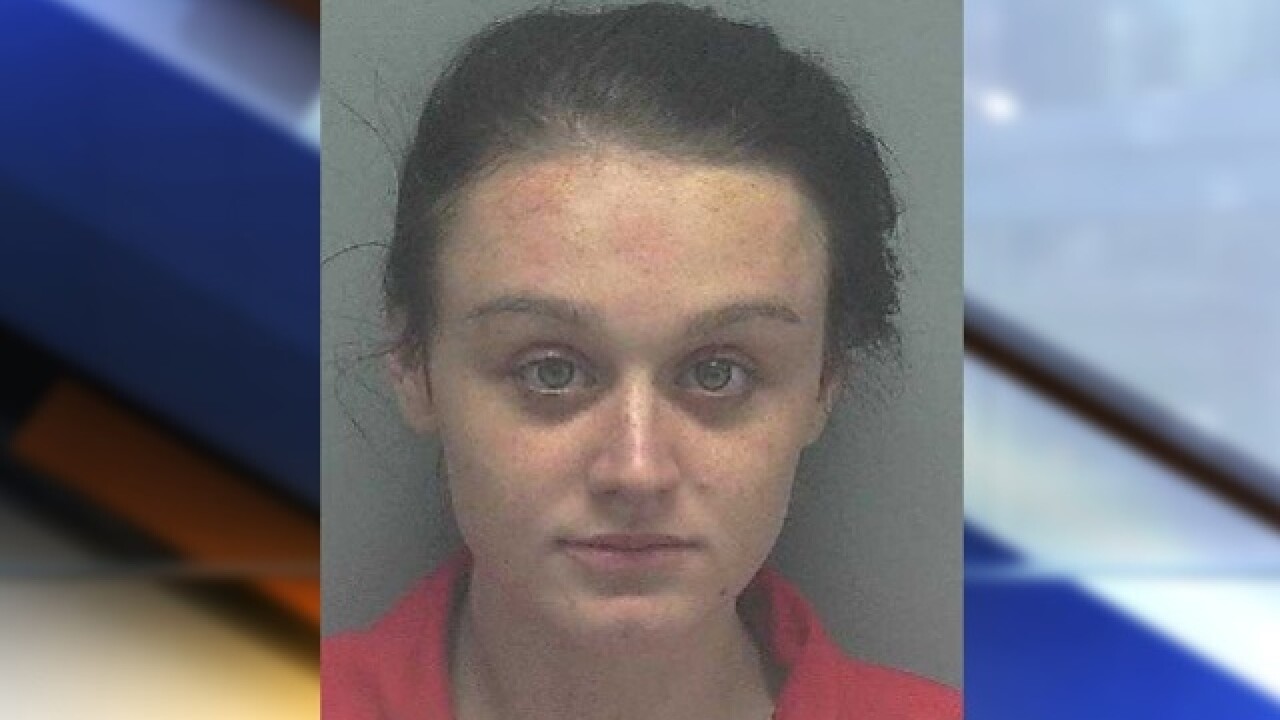 Copyright 2018 Scripps Media, Inc. All rights reserved. This material may not be published, broadcast, rewritten, or redistributed.
<p>Kayla Beal</p>

CAPE CORAL, Fla. -- Police arrested an intoxicated bikini-clad woman in Cape Coral after she is accused of causing a crash while her 3-month-old rode in the back seat.

21-year-old Kayla Rose Beal is facing charges of DUI with property damage, DUI with person under 18 in vehicle, and Threatening Public Servant.

In that crash, police say Beal's car crashed into the back bumper of the car in front of her, causing the other car to spin out.  Another vehicle was also damaged by debris from the crash.

Beal was driving the car with her boyfriend and their 3-month-old child inside.

Officers say that after the crash, Beal smelled of alcohol, had glassy eyes and slurred speech, and spontaneously uttered "I'm drunk, okay?"

Officers also recalled that as she was being walked to the patrol car to be arrested, Beal asked several times if she could take off her pants, but was only wearing a bikini at the time.

Beal was booked into the Lee County Jail, and DCF was contacted about the incident.