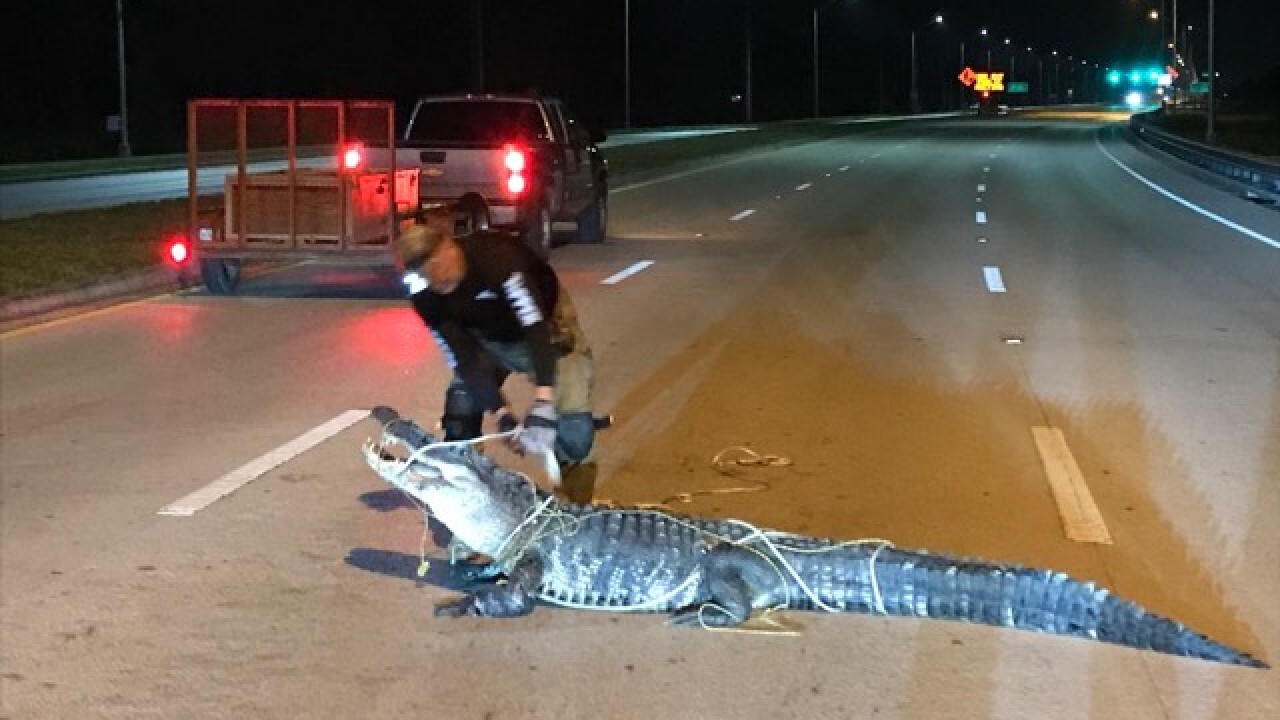 COLLIER COUNTY, FLa. — A huge gator was caught crossing a Florida street in the middle of the night.

Shortly after 2 a.m., Collier County deputies were called out to Immokalee Rd. and Randall Blvd., where a 10'6" gator was in the roadway.

Fortunately, there wasn't much traffic at that time. Trapper Ray Simonsen came out to wrangle the animal and the scene was cleared more than an hour later.

Deputies say these calls are more common right now because it's the middle of alligator mating season, which wraps up at the end of June.