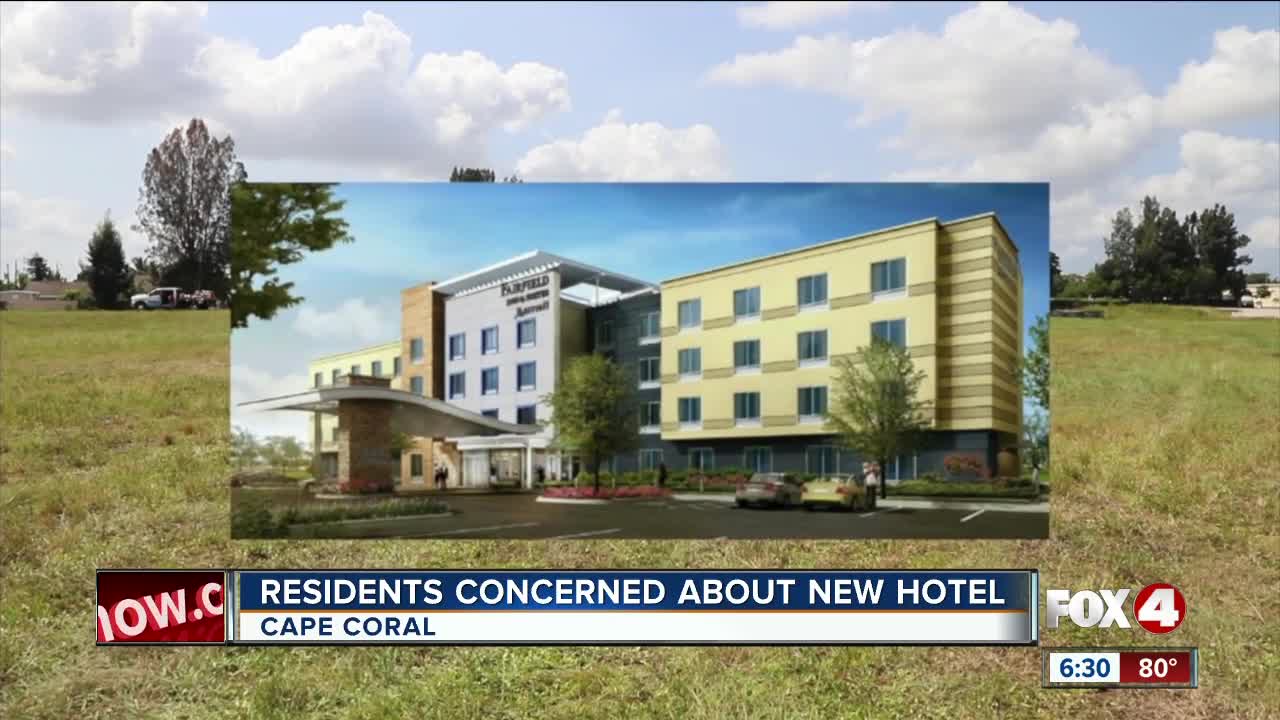 A new development coming to cape coral is celebrated by city leaders, but not the surrounding neighbors.

CAPE CORAL, Fla. -- A new development coming to cape coral is celebrated by city leaders, but not the surrounding neighbors.

The ground breaking of the four story Fairfield Inn and Suites Marriott took place Wednesday morning. The 109-room hotel is located off of Del Prado Boulevard and Old Pondella Road.

“There’s already too much traffic and as for me whatever value I thought I accumulated in this house is probably wiped out now, unless this hotel needs a large parking lot," said Wayne Kite, Cape Coral.

Wayne Kite has lived on Northeast 7th Street in Cape Coral for almost 20 years, “I was here before Lowe’s when they took those woods down, I could see clear to Punta Gorda.”

And now on the other side of the trees he has left, the hotel will be his new view.

“This demonstrates all of the growth in cape coral especially along the pine island corridor,” said Ricardo Noguera, Economic Development Manager, Cape Coral.

“I’m just excited about the development opportunity. With cape coral being the 8th largest city in the state, it’s great to see we have so many projects going on,” said Mayor Joe Coviello, City of Cape Coral

Kite says he was never notified of this project, but was notified when Outback Steakhouse, Wawa, and Pollo Tropical were constructed.

In a statement from the city, “The city can not legally prevent development of a property by a private property owner if the land use and zoning are consistent with the development.”

The city told Fox 4 there are future land use and zoning maps on the city website. Residents can go there to get information on future development near them.

“I think we still have something like several hundred acres of land still available for commercial development along the pine island corridor. This is a state highway. It’s gets over 40-thousand vehicles that pass on a daily basis," said Noguera.