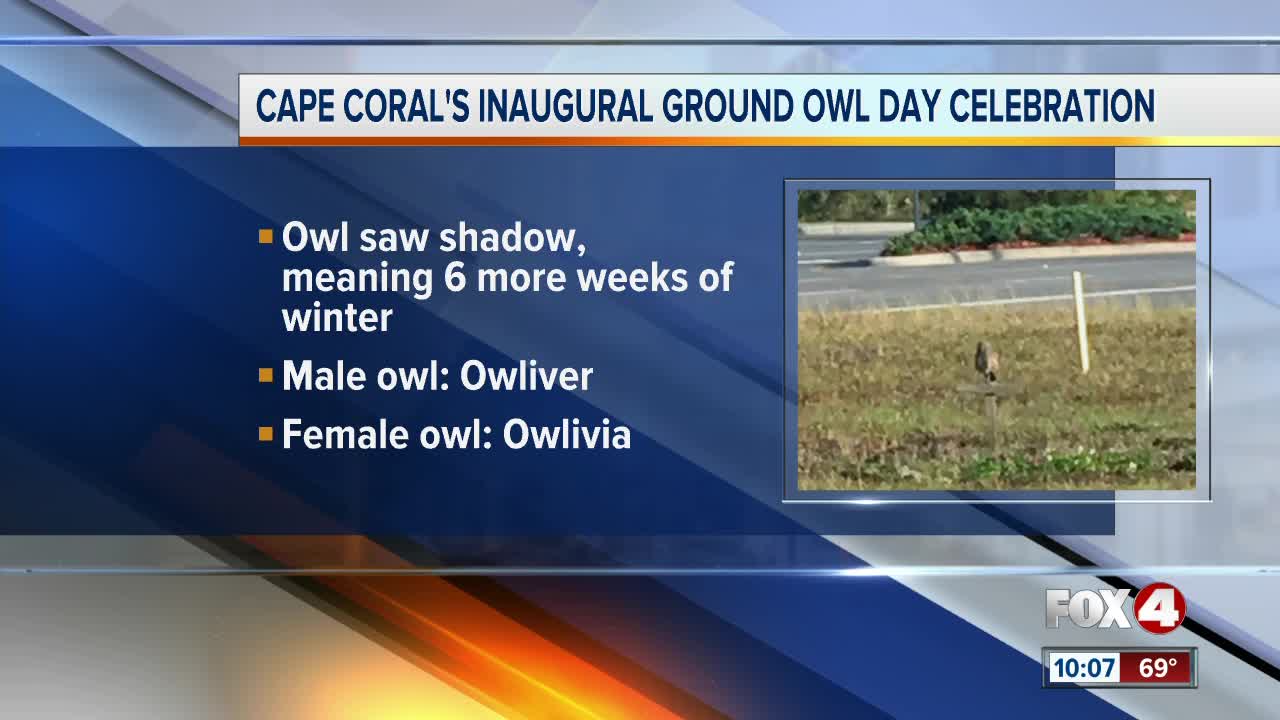 At the Cape's first-ever ‘Ground-Owl Day’ on Saturday, our little burrowing owl did see their shadow!

According to the Cape Coral Friends of Wildlife, since the owl saw his shadow, it means six more weeks of winter in Southwest Florida.

Meanwhile, up in Pennsylvania, Punxsutawney Phil did not see his shadow, predicting an early spring this year.