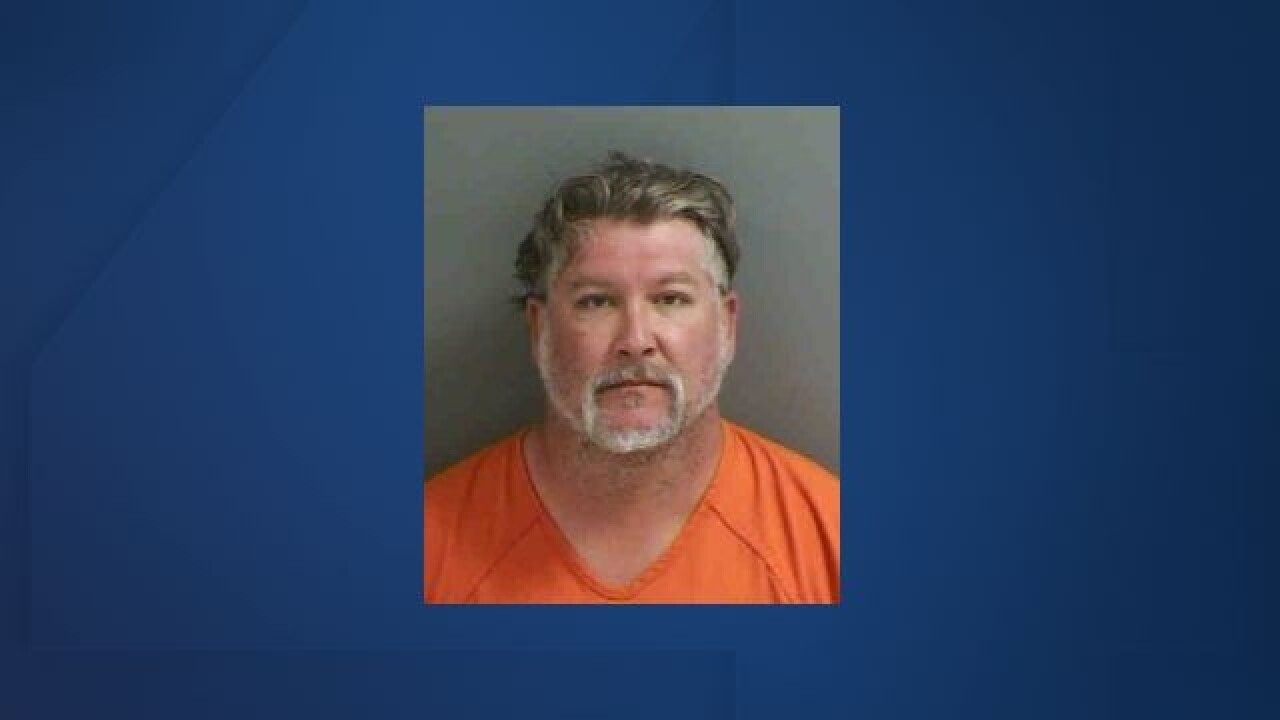 COLLIER COUNTY, Fla. — A Golden Gate man was arrested on a video voyeurism charge involving a child and multiple counts of possession of child pornography.

Batsios is on probation for a conviction from Lee County for burglary to an occupied dwelling and video voyeurism after he was caught using his cell phone to video a woman taking a shower in her residence.

After receiving nine cyber tips from the National Center for Missing and Exploited Children regarding the possible transmission of child pornography on a website that hosts pornographic material, one of the images was of a known identified child victim from Indonesia. Further investigation by detectives determined the transmissions were occurring at Batsios’ residence.

Batsios admitted to visiting websites that featured child pornography and indicated that detectives would find those files on his cell phone. He was placed under arrest for violating his probation because he viewed child pornography.

A subsequent review of Batsios’ phone revealed tens of thousands of images of nude children. A preliminary investigation by detectives identified at least 75 of those images as child pornography and depicted children ranging in age from 2 to 12.

Further investigation by detectives found Batsios was visiting Russian-hosted websites that contained these images of children with page titles in German, such as “kids and friends” regularly for years. He was also creating his video voyeurism videos in public, such as at grocery stores, gas stations, and assisting clients of his pool cleaning business.

Detectives said Batsios’ face could be seen in many of the videos, and his voice heard while talking to female clients about their pumps/pools while he places the camera under their dresses/skirts while they are distracted.

Another video, taken Oct. 9, 2019, was of a young child at a grocery store. Detectives said the child was helping her mother unload their grocery cart. Batsios filmed underneath the girl’s dress, and his face can be seen in the video. Detectives were able to identify the child victim and her family, who advised they wished to prosecute Batsios for this crime.

This investigation is ongoing and more charges may be possible as detectives attempt to identify more victims.

Anyone who thinks they may be a victim or who has information is asked to contact the Collier County Sheriff’s Office non-emergency number at 239-252-9300 or to remain anonymous call Crime Stoppers at 1.800.780.TIPS, (8477).