Getting rid of 'mommy tummy' 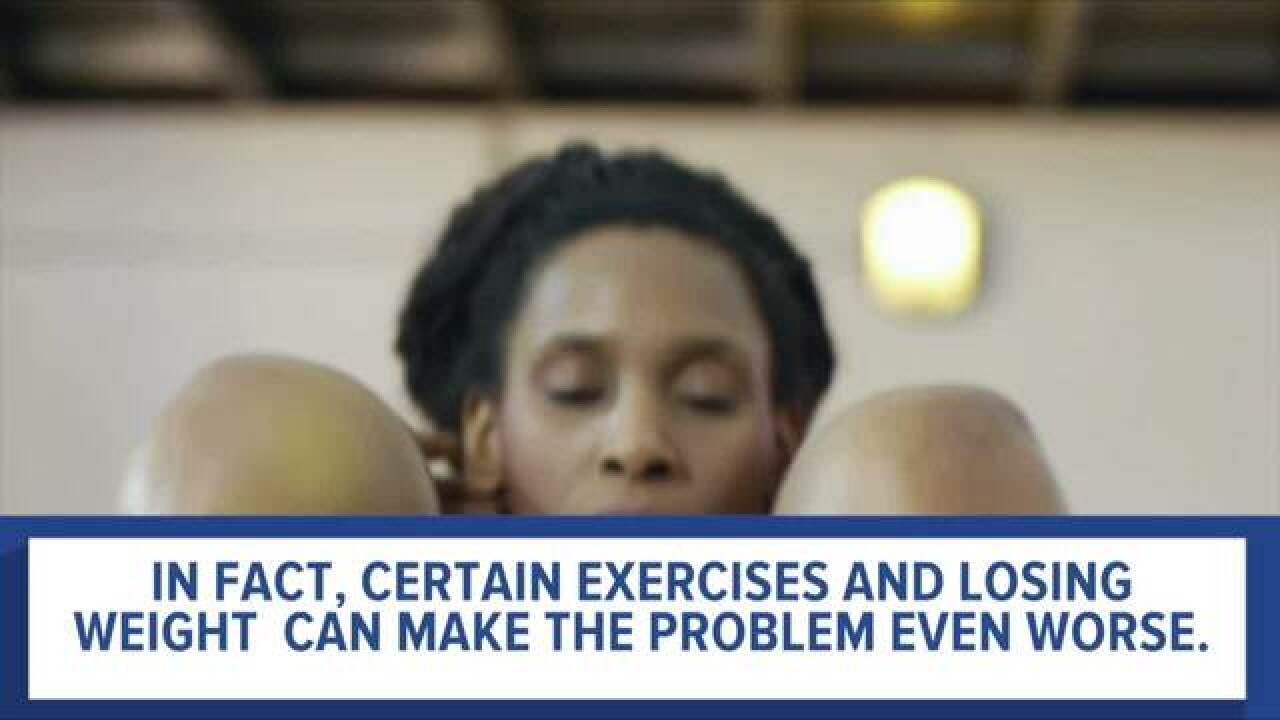 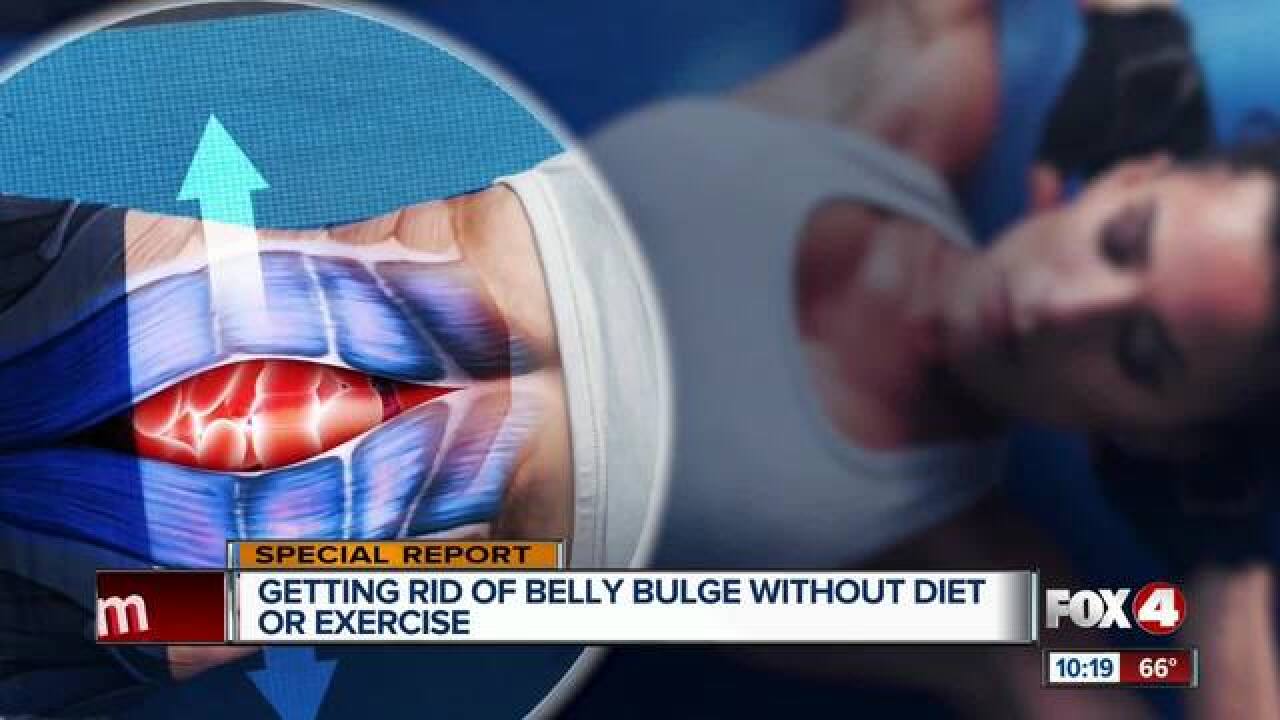 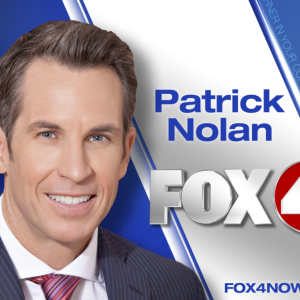 LEE COUNTY, Fla. -- Do you have a belly pooch that just won't seem to go away no matter what you do? Fox 4 found out some of your efforts to get rid of it are actually making it worse!

But we also found a busy Florida mom who says she's found success a technique that flattened her belly - just ten minutes at a time!

And, like most moms, Amber doesn't have a lot of time to spare.

She has two small kids and one in college.

Her husband is often gone for 24 hours at a time because of his job as a firefighter.

And she's recently started her own business, My Nona's Garden, which is devoted to helping people start their own organic vegetable gardens.

She says first noticed the "mommy tummy" after her first baby.

"Originally I just had the little pooch, but after my second child, it got bigger," says Amber.

"And after my third child (it got) bigger...to where, two months my son after my son was born, I still looked like i was 4 months pregnant."

But now, after decades of living with that growing pooch, it's going in the opposite direction - getting flatter!

And she gives the credit to Tupler Technique which is named for RN and Childbirth Educator, Julie Tupler.

"You do not have to have a mummy tummy or guy gut," says Julie who explains what can cause a pooch on both women and men.

"This comes from a condition called diastasis recti, which is a separation of the outermost abdominal muscles," says Julie who also has a free online video that shows you how to check to see if you have it.

Your "insides" begin to poke through that gap.

"What makes the belly look big are your protruding organs," says Julie.

And, ironically, getting rid of belly fat can make the pooch more obvious!

"The more weight you lose, the more you really see it," says Amber.

Amber says she tried everything to get rid of the pooch over the years - including an exercise a lot of people mistakenly associate with a flatter belly.

"I did a lot of crunches," says Amber.

"Well, come to find out crunches make it worse," she adds.

"Crunches are the worst thing you can do," says Julie.

"Crunches not only create a diastasis, but make a diastasis worse if you have one," Julie adds.

That's because of the lifting motion of traditional gym crunches widens the gap and stretches the abdominal tissue even thinner, causing the organs to poke out even more.

Julie says her "Tupler Technique" flattens the belly by closing the gap.

"When you bring the muscles together, it pushes the organs back," says Julie.

With Julie's method, you start by wearing a split to pull those separated strands of abdominal tissue close enough to grow back together.

"Just like if you broke a bone, you cast it so you continuously to keep the two ends of the bone together."

"So it's the same thing with the connective tissue," adds Julie.

She also teaches clients like Amber a series of subtle exercises that focus on drawing in the belly in keeping in there while practicing mindful breathing.

"And those exercises you can do when driving in your car, watching TV," says Julie.

Amber says it's worked for her.

"It's really amazing, it's just ten minutes at a time," says Amber.

Julie's website, diastasisrehab.com, is full of dramatic before and after transformations and testimonials from clients like Amber.

One of them is a doctor Julie recently worked with.

"She said her abdominals have never looked this good and her husband is now buying her lingerie," says Julie.

Amber is also ready to slip into something too!

"(I'm ready to) put that party dress back on," Amber says with a smile.

"I'm now able to fit into clothes I was able to wear before my pregnancy," she adds.

Amber says there have been other positive effects in her life too.

"It's helped my marriage," she says.

"It's helped my self confidence."

She says finding a way to flatten that "mommy belly" has made a big difference after decades of feeling something wasn't quite right about her body.

Julie says there are plenty of other reasons to make sure you address diastasis recti early on.

"Diastatis can put a pregnant woman for risk of C section," says Julie who adds it can also lead to back pain, indigestion, gas, bloating, incontinence and pelvic floor issues.

So, do you want to see what it feels like to "close the gap?"

4 In Your Corner asked Julie to share with you one of the exercises she recommends to close the diastasis recti and flatten the tummy.

She recommends the "elevator" exercise (done seated) as follows:

"Sit with your back supported.

It is best if your back is resting on a pillow.

If you are not wearing the Diastasis Rehab Splint to bring together the separated muscles and stretched out connective tissue, use a scarf to bring both together when doing the exercises.

With one hand on top of your belly and one hand on bottom ( so you know you are working the muscles in a backward direction) start with a belly breath and expand your belly forward now bring belly button to your inner spine and hold it there for 30 counts.   Visualize your ribs coming closer together.

Make sure you count out loud so you are breathing.

Then close your eyes and do 10 little isometric squeezes imagining your belly button going from your inner to outer spine.

End with a belly breath."

4 In Your Corner started working on this story after we spotted the headline of an NPR article that read "Flattening the Mummy Tummy with 1 exercise, 10 minutes a Day."

The "Tupler Technique" was one of a handful of such techniques mentioned in the article which also offered a simple way to check and see if you have diastatis recti.

The article was followed by another one based on what NPR called a huge response from listeners and readers.

Another follow up article mentioned a yoga breathing technique known as kapalabhati  could also be helpful in "taming the tummy."