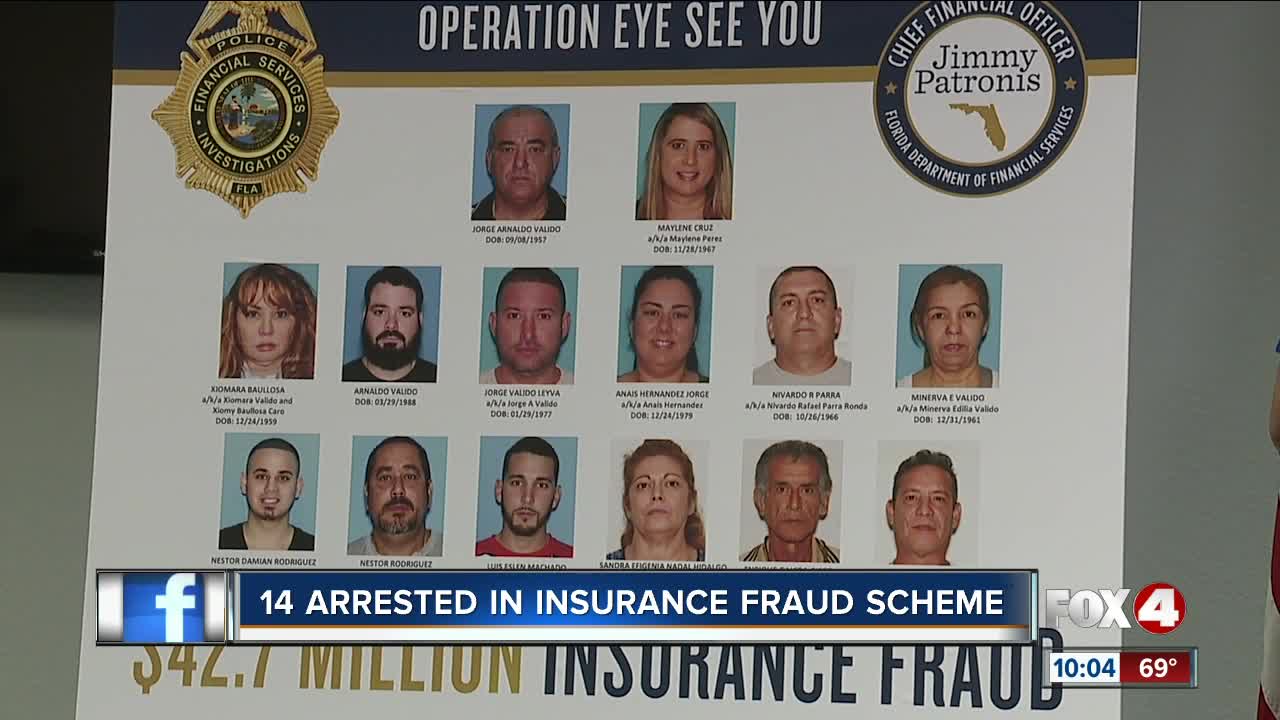 FORT MYERS, Fla. — 14 people are accused of billing $42.7 million through fake health clinics and procedures in Southwest Florida. Fox 4 has learned 10 people were arrested in connection to the alleged fraud, but state investigators are still looking for 4 other suspects.

Jimmy Patronis, the Chief Financial Officer and State Fire Marshal under the Florida Department of Financial Services, said in a press release, "insurance fraud is not a victimless crime and fraud like these drives up insurance cost for every Floridian."

Investigators say not only did the accused steal doctor's identities and bill companies, but they also used people's policy information as well. In total, state officials say they stole at least $10 million through roughly 23,000 claims.

Officials say the operation spanned 3 years and involved 15 fake clinics. Officials explain the subjects leased actual office space as medical facilities, but used the offices only as mail drop boxes. Officials do not believe any business or medical services were rendered.

Nestor Rodriguez, Xiomara Baullosa and Sandra Efigenia Nadal are alleged to have filed claims in Fort Myers under three different fake business names. All suspects were arrested and/or charged with scheme to defraud, money laundering, insurance fraud, criminal use of I.D., and RICO.