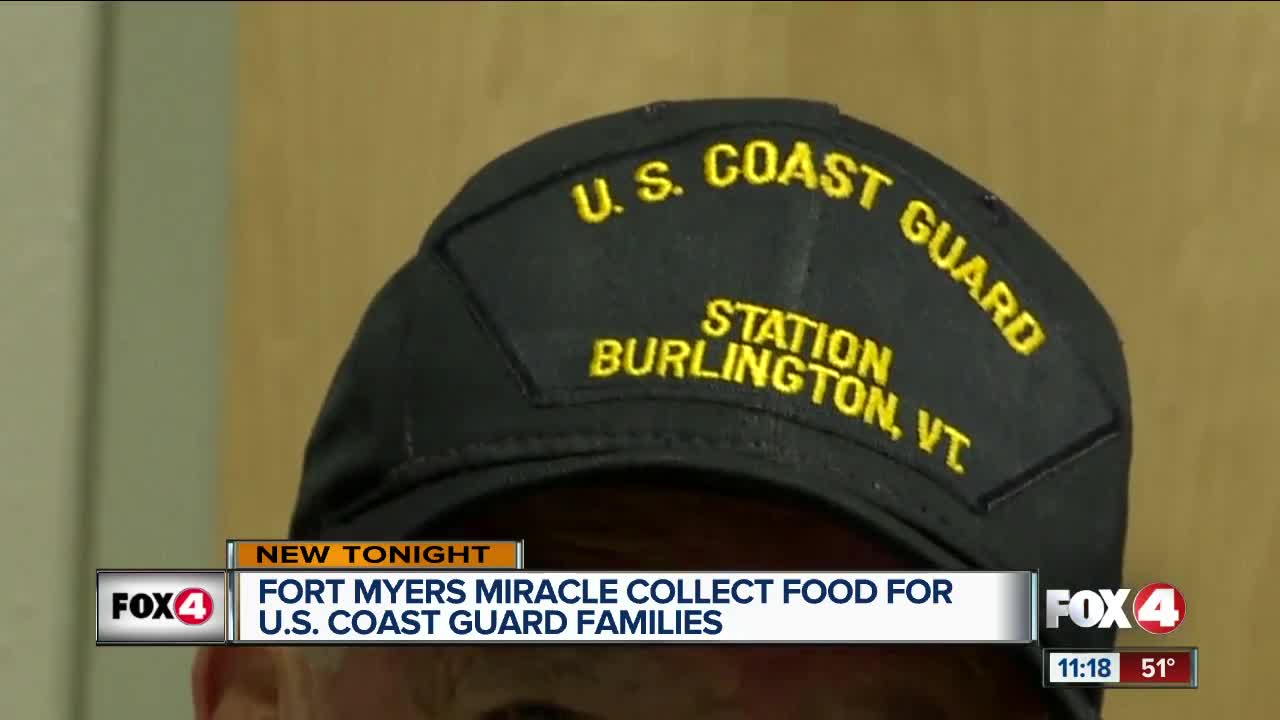 According to a letter sent to Coast Guard members this is the first time they have not been paid during a government shutdown. The letter from Admiral Karl L. Shultz said:

“This marks the first time in our Nation’s history that servicemembers in a U.S. Armed Force have not been paid during a lapse in government appropriations.”

Wayne Meunier, a retired Coast Guard veteran was the first person to make a donation. He found out about the food drive on the Miracle’s Facebook page.

“I thought it was the least I could do,” he said.

Meunier said during his 30-year-service he didn’t personally experience a lapse in payment. But said his heart goes out to members working now without pay.

“It’s not going to be fun to miss a mortgage payment, miss a car payment. Not be able to put food on the table,” he said/

Alexis Farinacci with the Miracle’s creative team came up with the idea to give back. And she said it’s personal.

“My cousin’s a chief in the Coast Guard up in Bayfield, Wisconsin. He and his family are being affected by the shutdown. So for me I just wanted to be able to give back to the Coast Guard,” she said.

Meunier said he hopes his donation will inspire more people to contribute.

“I’d like it if people identify with how easy it is to pick up some non-perishable food and make a delivery,” he said.

People can drop off donations at the Miracle office Monday through Friday from 9:00am - 5:00 pm until the end of the month. And in exchange, they’ll get tickets to opening day.