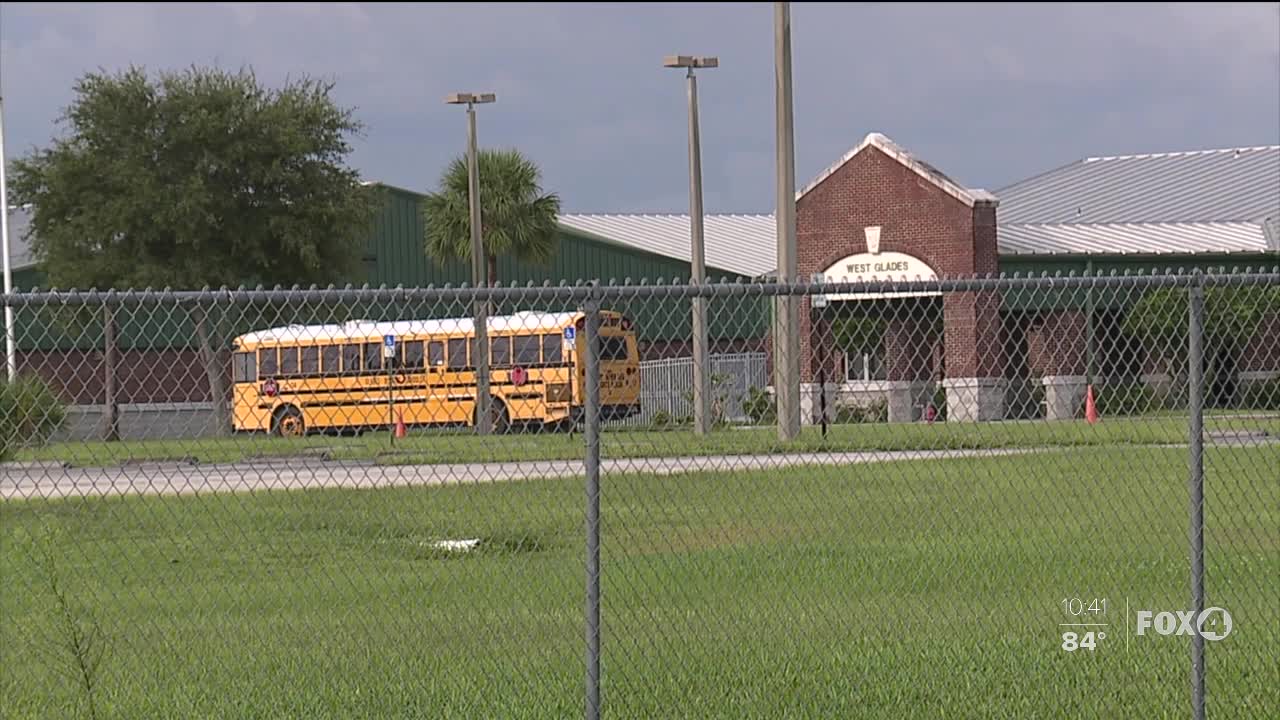 One former teacher at West Glades School in Labelle, Florida has been charged with Obscene Communication to Seduce or Lure a Child and two counts of Lewd and Lascivious Behavior according to the Lee County Sheriffs Office.

LABELLE, Fla. — Tonight those who live in Glades County are disappointed to hear that a former teacher would take advantage of two young girls.

They say Harris is a former teacher at West Glades school in Labelle, where one of the alleged victims previously attended.

We reached out to Glades County Schools, and they tell us,

“He was employed from August 8, 2016, to June 22, 2020. He resigned on June 22, 2020. While employed at the district, he was a middle school science teacher for West Glades School and an assistant coach for the baseball team at Moore Haven Middle High School for two years starting in 2018” said Kim Jordan, Superintendent of School, Glades County Schools.

According to investigators, Harris was holding inappropriate online conversations with the two juvenile females, using Snapchat to engage in sexual conversations, even offering the victims money and alcohol in exchange for sex.

One woman tells us when she heard the news, she was shocked.

“It’s a town where everyone gets a shot, so when you hear something so shocking as that you take it to heart,” said Donna Pitzer.

She says families want to feel safe sending their kids to school.

“To know that he’s in jail and our officers have got him makes me, makes you feel a lot more safe that the children can go to school,” said Donna Pitzer.

Harris has bonded out of jail. He was charged with Obscene Communication to Seduce or Lure a Child and two counts of Lewd and Lascivious Behavior.