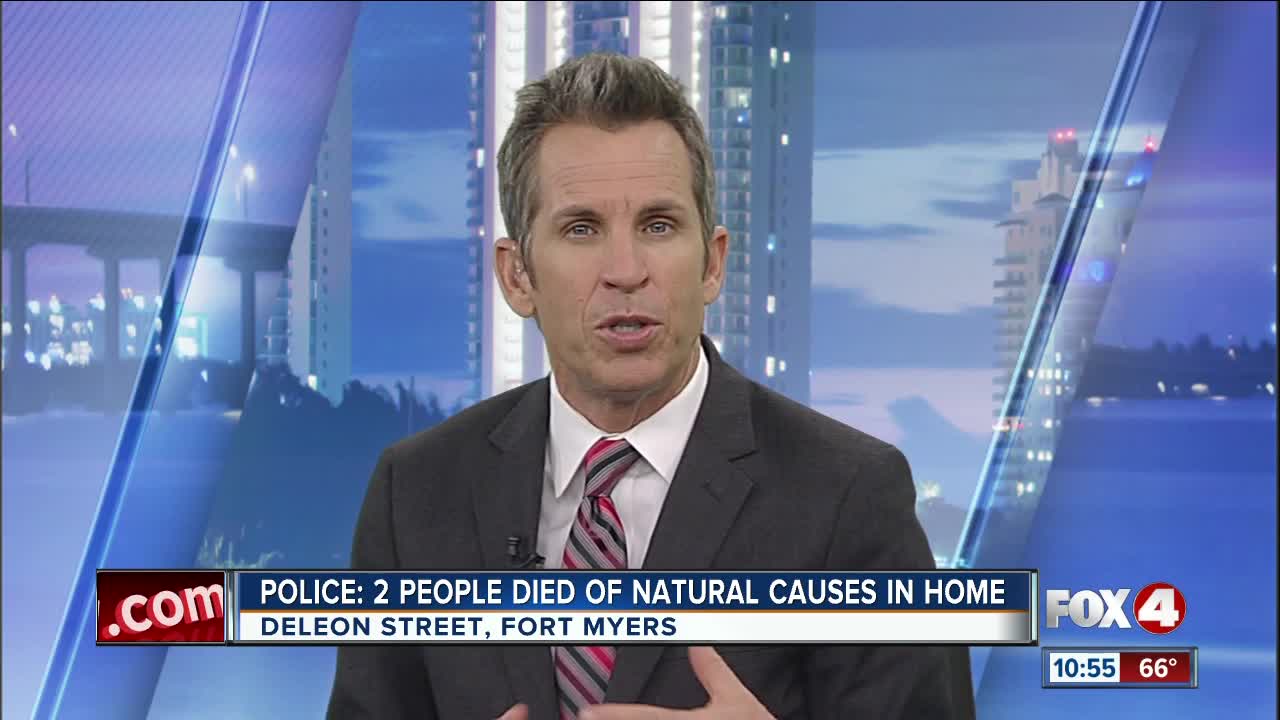 FORT MYERS, Fla. -- Police have given an update on the deaths of two people found in a Fort Myers home last month.

On December 12, 2018, the Fort Myers Police Department responded to a call of a well-being check. Police officers forced entry into the residence and discovered 82-year-old Maureen Luettich and her son, 55-year-old Curtis Luettich. Both were deceased.

Police say there were no signs of forced entry to the home and neither of the Luettich’s showed signs of trauma or foul play.

The District 21 Medical Examiners Office has confirmed that both Maureen and Curtis Luettich died of natural causes.

Both Luettich’s were in poor health and under the care of a doctor.