Florida home insurers drop policies of hundreds of thousands in 2018 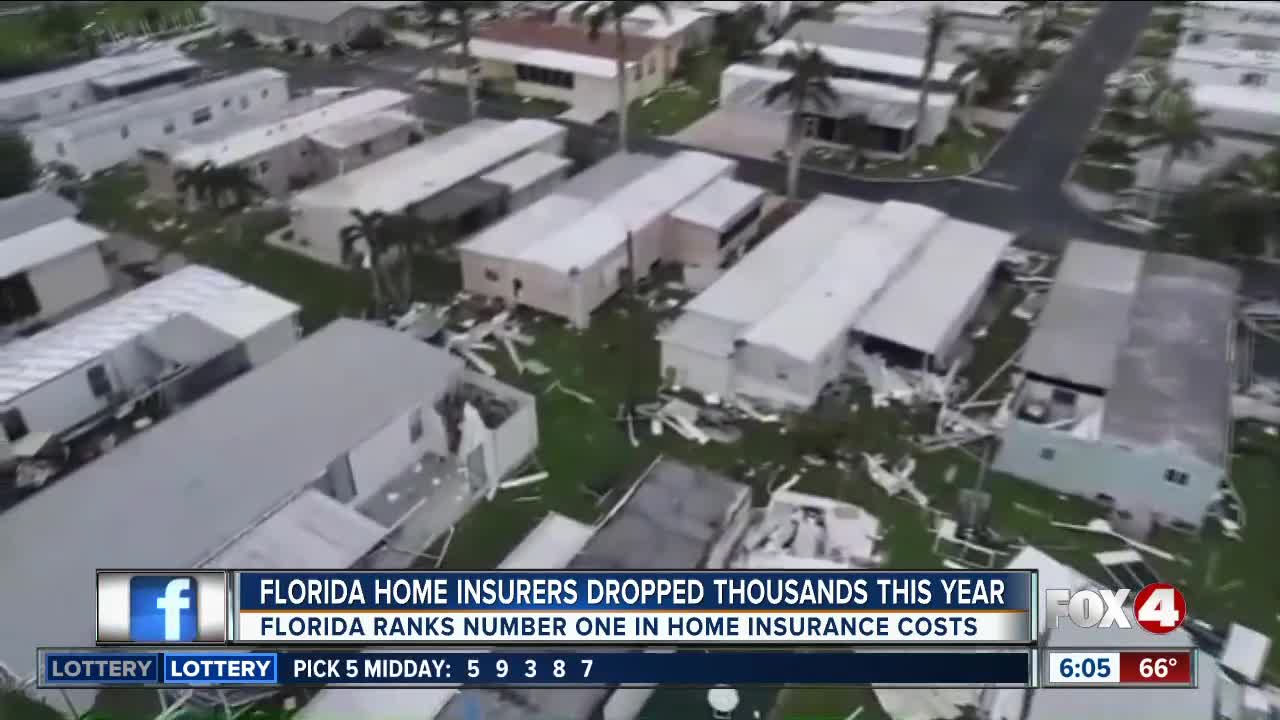 According to the Palm Beach Post, home insurers have dropped the policies of over 87,000 Floridians in the third quarter of this year.

FLORIDA — According to the Palm Beach Post, home insurers have dropped the policies of over 87,000 Floridians in the third quarter of this year.

They say state records show that half of the state's top ten property insurers had fewer customers starting in October than in early 2018. In addition, some of the smaller, state-based insurance companies, like Citizens Property Insurance Corporation, proposed an 8% premium increase for 2019.

Citizens Insurance claims hurricanes are part of the problem. Between hurricanes Irma and Michael, the state generated over $15 billion in claims. Another issue they say is water damage claims. Representatives for Citizens Insurance said these types of claims are skyrocketing throughout Florida, causing costs to go up.

Florida ranks number one in home insurance costs, with the average premium cost being almost double the U.S. average.

If you're looking for new home insurance, be sure to research before you pick one provider. Look up policies online and decide which suits you best. Also, feel free to ask insurance providers if it's a possiblity you could be dropped.