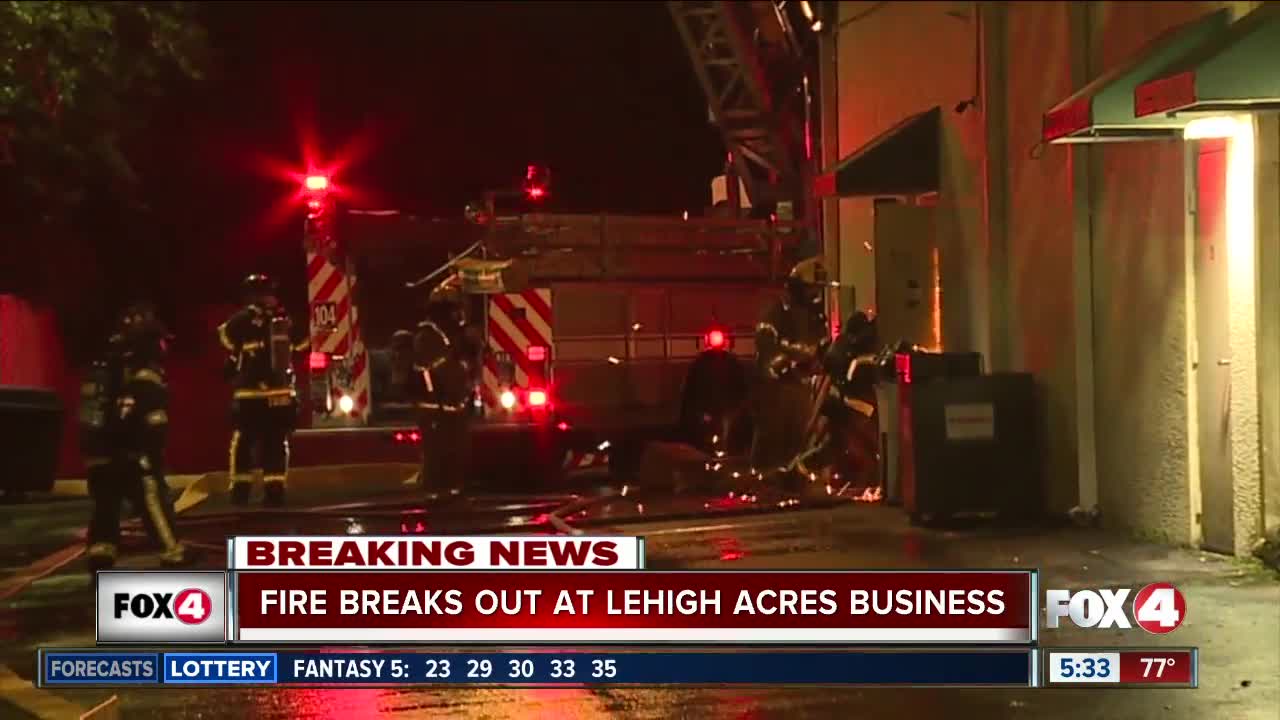 Fire broke out inside a Mexican restaurant in Lehigh Acres early Thursday morning.

It happened at around 2AM inside the Tortilleria La Guera in the Shoppes in Lehigh. The shopping plaza is along Lee Boulevard.

The restaurant owner said he was shocked to wake up to a phone call that his restaurant was up in smoke. He said the restaurant has been his family business for five years.

When fire crews arrived on scene, Fox 4 saw firefighters using a saw to try to open up the back door of the restaurant to access the fire and put it out.

The battalion chief with Lehigh Acres Fire Rescue said they have an investigator on scene working to determine the cause.

There have been no reports of injuries.

The owner said the restaurant is also a store and he hopes to get his business back up and running soon. Right now, it’s unknown the extent of the damage inside.

The battalion chief also said the smoke from the fire also reached the physical therapy place next door to the restaurant, but he said there’s little to no smoke damage inside.

Right now, crews are still on scene trying to figure out how this fire started in the first place.

UPDATE (7:30am): The Lehigh Acres fire marshal tells Fox 4 that the fire started in the back of the Mexican restaurant and store. They broke a glass door to get to the fire.

He says some rags with cleaning chemicals on it caught on fire because there was a chemical reaction.

The fire was an accident, but he says the damage will cost about $50,000. This is a hard loss because he said the owner does not have insurance.

All the food will have to be thrown out because of heat and smoke damage.

The owner tells us this is his family business. He’s owned it for five years and is shocked over what happened.