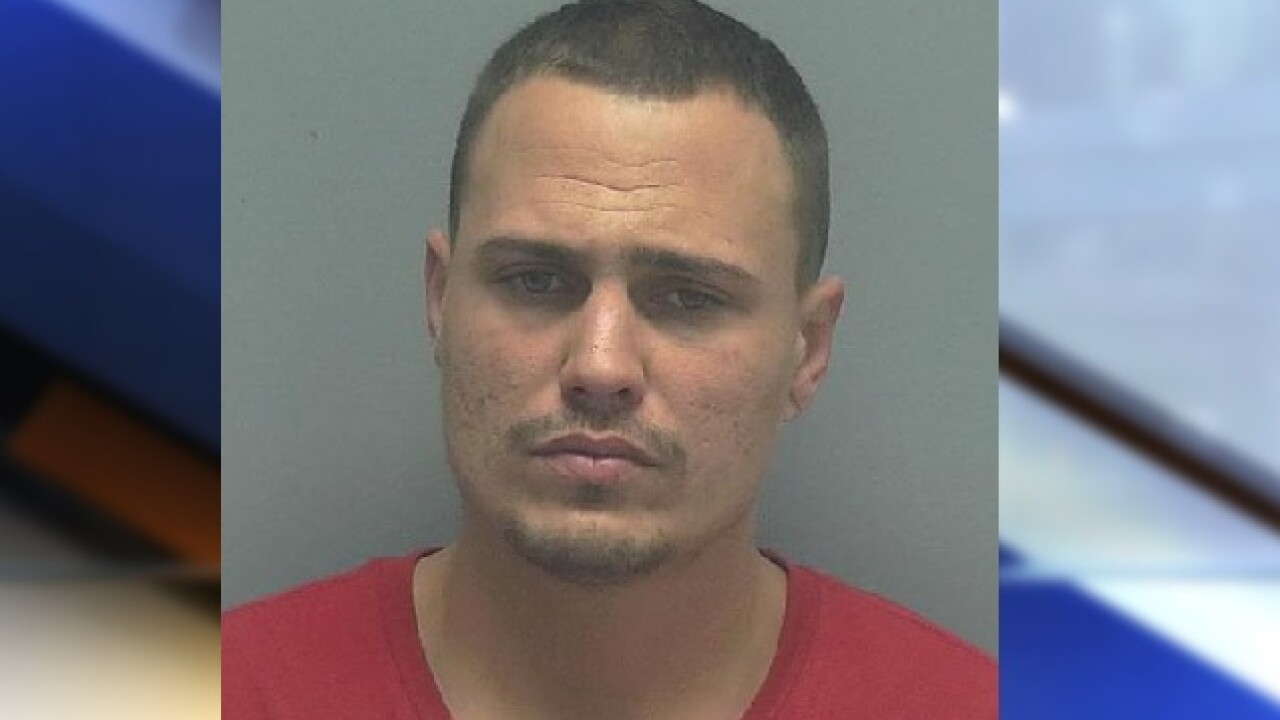 CAPE CORAL, Fla. -- Police arrested a convicted felon Saturday night after witnesses at three different locations say he pointed a gun at them.

29-year-old Bryan Alfonso is now facing three counts each of Aggravated Assault, Possession of a Firearm by a Convicted Felon, and Improper Exhibition of a Firearm.

According to Cape Coral Police it all started at Mermaid's Liquor on Del Prado Boulevard around 7:45 p.m. Witnesses say Alfonso appeared to be having an altercation with one patron in the parking lot when another customer came out of the store and got in his vehicle. Alfonso then parked his Jeep very close to the victim's car, got out, began screaming at the victim and pointed a silver firearm him.

Alfonso then fled the scene, but six minutes later he reportedly arrived at the Wawa on PIne Island Road and pulled up to a vehicle and yelled at a man standing next to a vehicle, telling him to close his door. Alfonso then got out of his Jeep and pointed a silver handgun at the victim, who got into the car and sped away.

Ten minutes later, a woman reported a man in a Jeep pointing a gun at her while driving on Andalusia Boulevard. The victim saw the Jeep stop at RS Discount Liquor and she called police.

Arriving officers were told the suspect was inside the store's bathroom. Alfonso was arrested as he left the store.

Detectives located the silver handgun hidden in the bathroom's ceiling tiles. The gun had been reported stolen in Cape Coral in 2015.