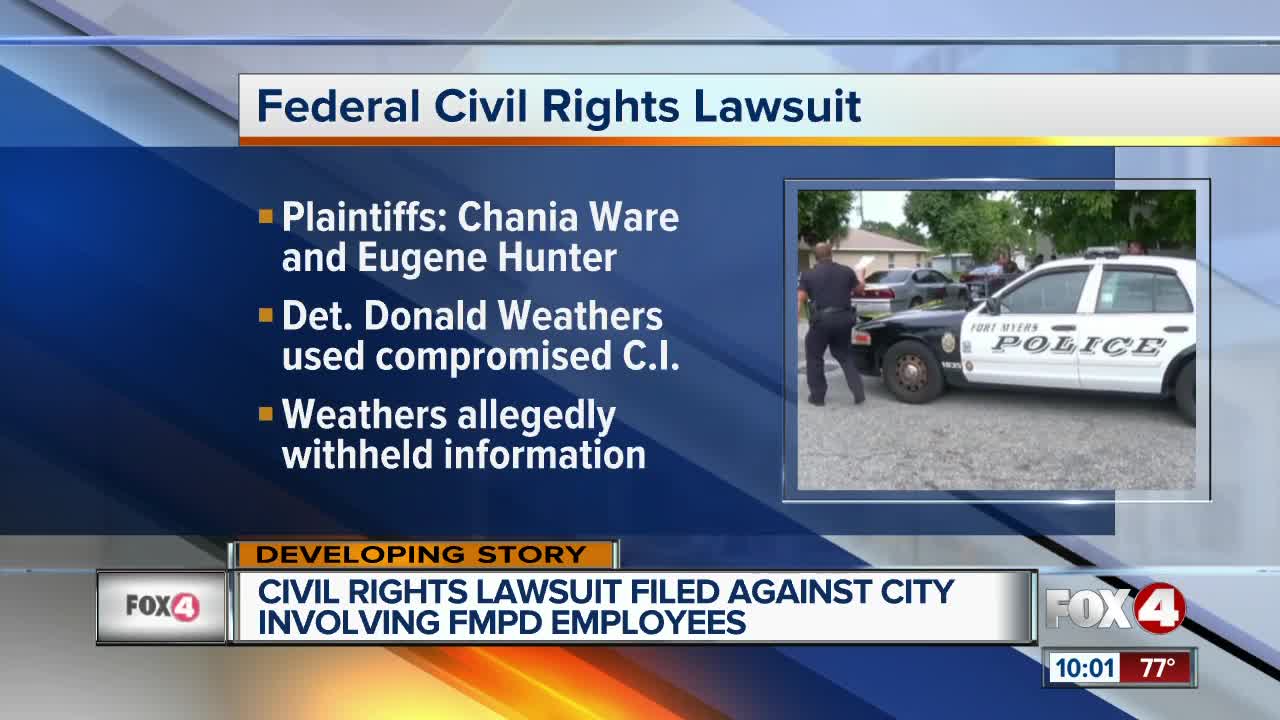 A civil rights lawsuit has been filed against the City of Fort Myers &amp; FMPD

FORT MYERS, Fla. — Fox 4 is learning the City of Fort Myers along with several Fort Myers police department employees and an assistant state attorney are the focus of a federal civil rights lawsuit.

The lawsuit centers around a confidential informant who allegedly performed oral sex on a suspect during an undercover drug buy, however instead of cutting ties with that informant the department kept using her in at least two other operations.

The two people filing the lawsuit are Chania Ware and Eugene Hunter. They claim FMPD detective Donald Weathers withheld the alleged actions of the informant from their defense attorneys during their trials.

The suit claims the issues came to light in 2016 after an FMPD employee stumbled upon a conference room with people laughing at a video showing a C.I. performing oral sex on a suspect. The lawsuit goes on to describe the people in that room included other FMPD employees and assistant state attorney Hanna Renna.

The suit says others in the department were made aware of the video including Captain Jay Rodriguez and then Deputy Chief Dennis Eads, but nothing was ever done.

We tried reaching out to all parties involved in the case, but did not hear back. Rodriguez did respond and said he had no comment.

Rodriguez is currently on leave following the ongoing criminal investigation into the video showing him allegedly involved in a sex act during an undercover prostitution sting. The Florida Department of Law Enforcement investigation is still underway in the case.