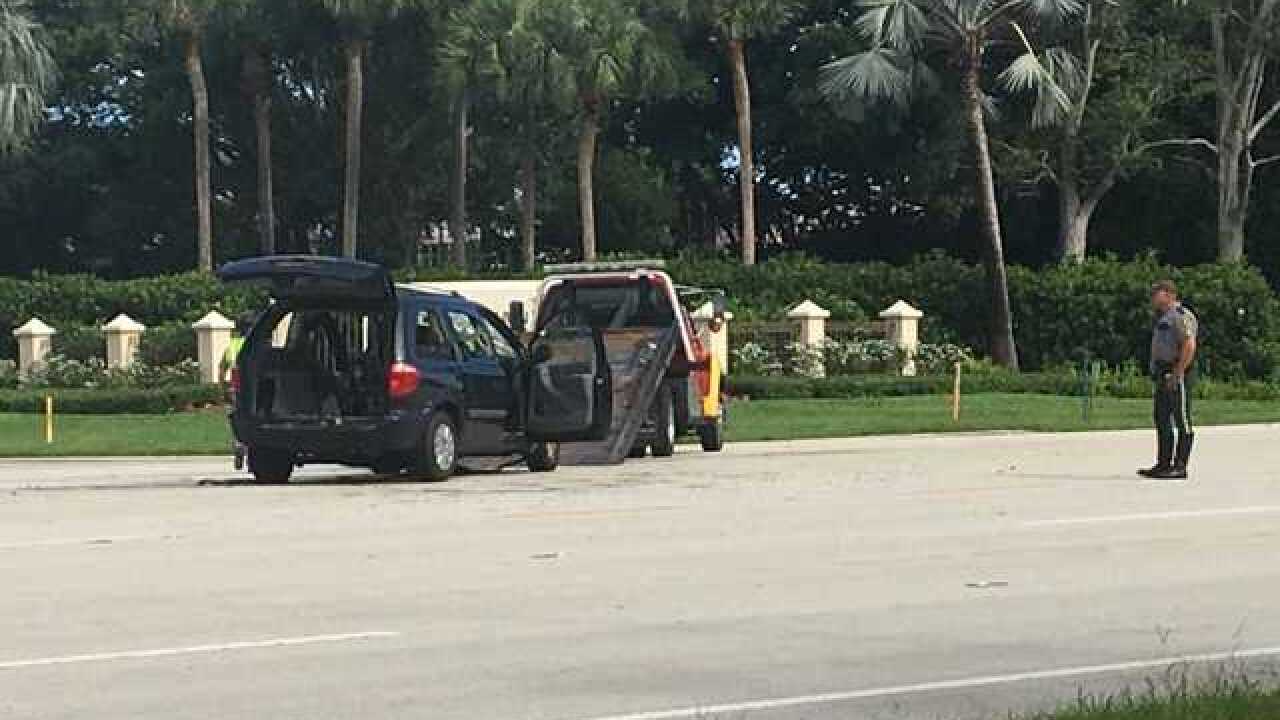 Copyright 2018 Scripps Media, Inc. All rights reserved. This material may not be published, broadcast, rewritten, or redistributed.
Kathryn Marsh

NAPLES, Fla. -- Florida Highway Patrol is reporting a fatality to a motorcyclist on U.S. 41 in the Pine Ridge area of Naples Monday morning.

The crash happened around 7:20 a.m. near the intersection of Gulf Park Drive and U.S. 41.

According to FHP, a motorcyclist was killed, and a person in a minivan was trauma-alerted to the hospital.

There was lane blockage in the area for several hours, but as of 10:30 a.m. all lanes were open to traffic again, according to the Collier County Sheriff's Office.

We'll update as we learn more on this developing story.

UPDATE @0745
Florida Highway Patrol reports a fatality & one patient has been flown out as a trauma alert via Lee Flight. There will be significant traffic delays in the area. Please avoid.
As of 0724
North Collier Fire is on scene of serious crash on Tamiami Tr and Gulf Park Dr https://t.co/DNlpLK6FjD