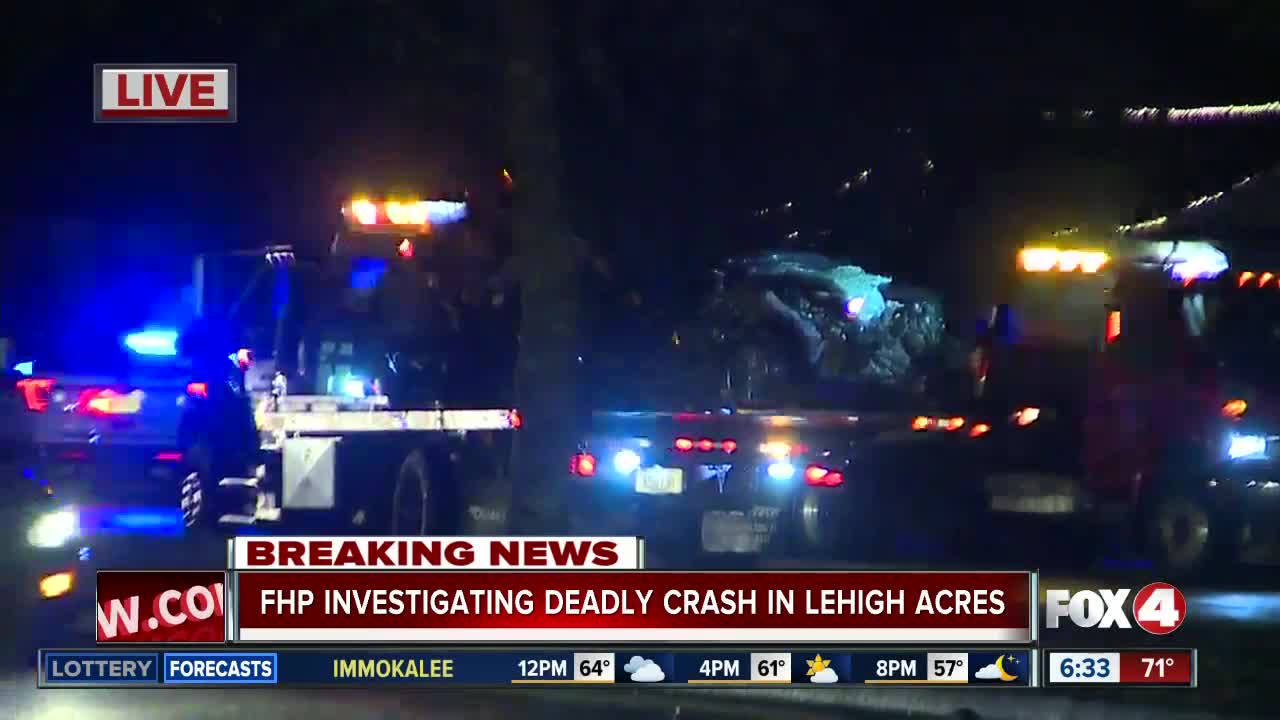 Both directions of Lee Boulevard were closed between Brian Avenue and Colin Avenue.

LEHIGH ACRES, Fla. -- Troopers are investigating a single-vehicle fatal crash on Lee Boulevard in Lehigh Acres early Wednesday that left one person dead and one injured.

The crash happened at 12:45 a.m. a few blocks east of Gunnery Road.

A Fox 4 crew at the scene saw several Lee County deputies working to divert traffic as troopers worked to investigate among the scattered debris.

Deputies were able to open the eastbound lanes shortly after 6 a.m., and the westbound lanes were reopened before 7 a.m.

Troopers say a Honda SUV was headed eastbound on Lee Boulevard when it traveled off the road and hit a tree before rotating and hitting a 2nd tree.

The vehicle was split into several parts, scattering debris across the roadway. The driver, 23-year-old Andy Gonzalez, was ejected during the crash and sustained serious injury. He was taken to Lee Memorial Hospital.

The passenger, 23-year-old Roxana Castro, died in the crash when her seat became detached from the vehicle.