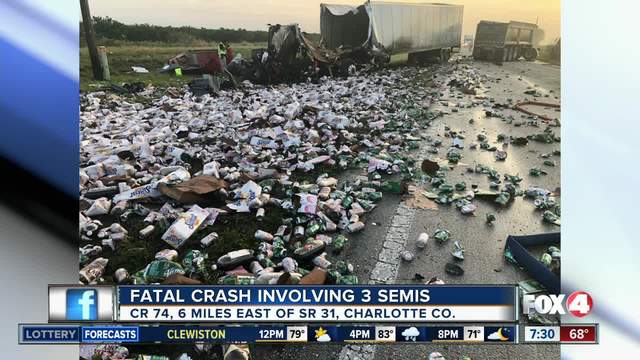 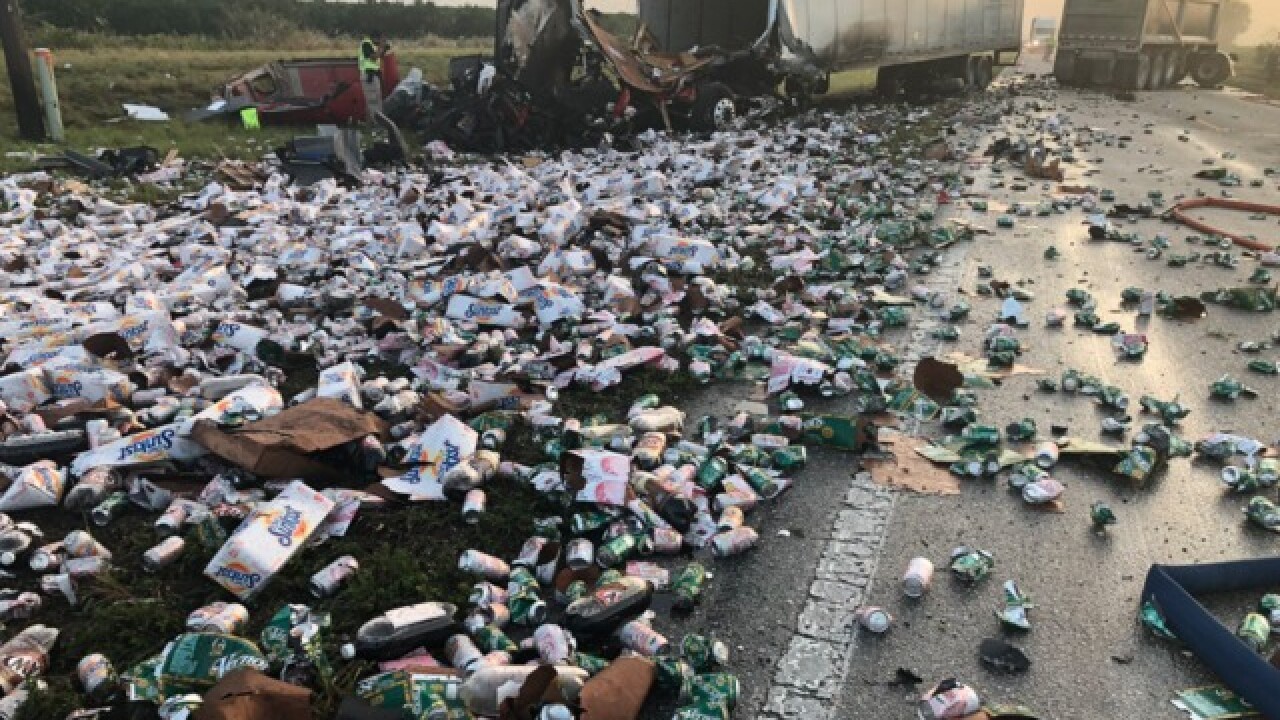 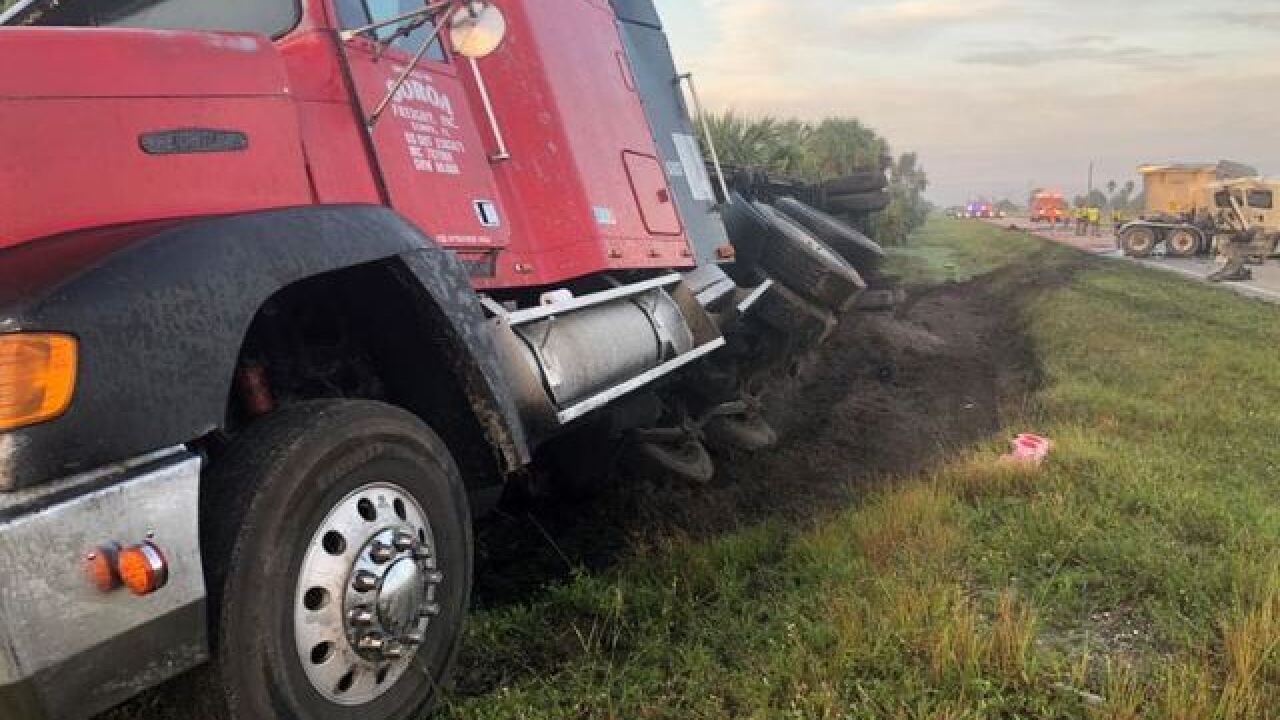 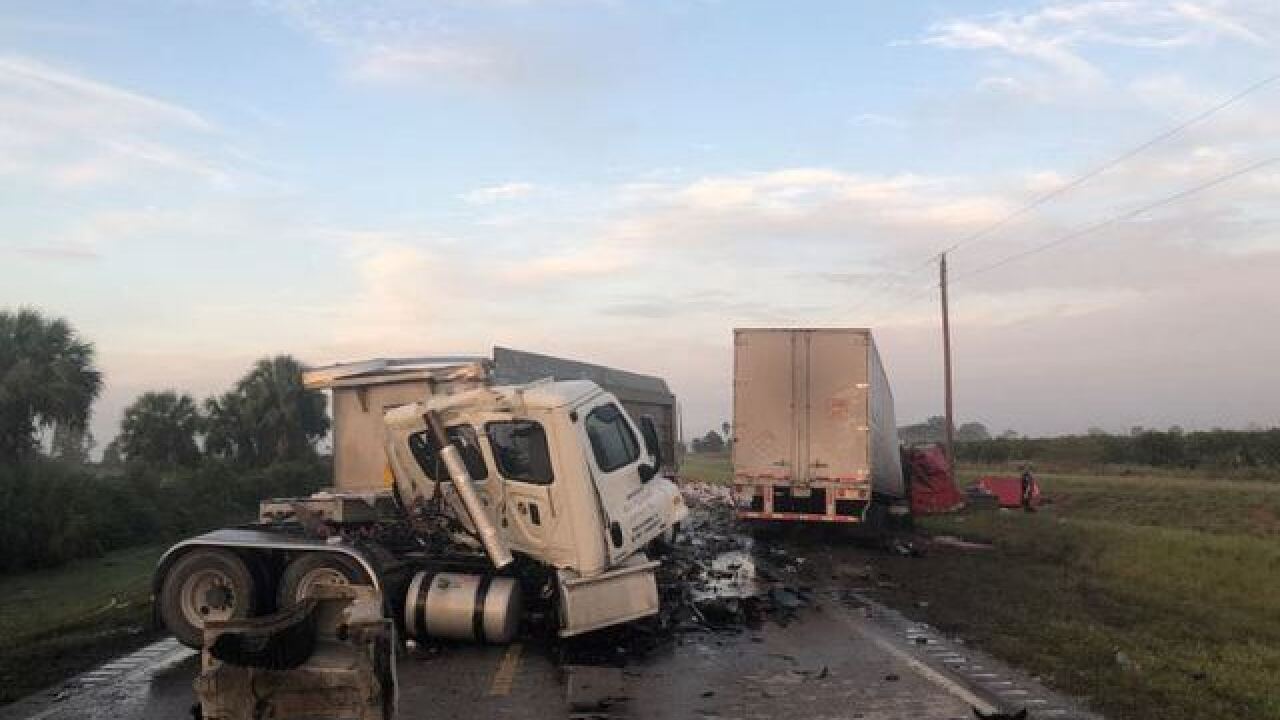 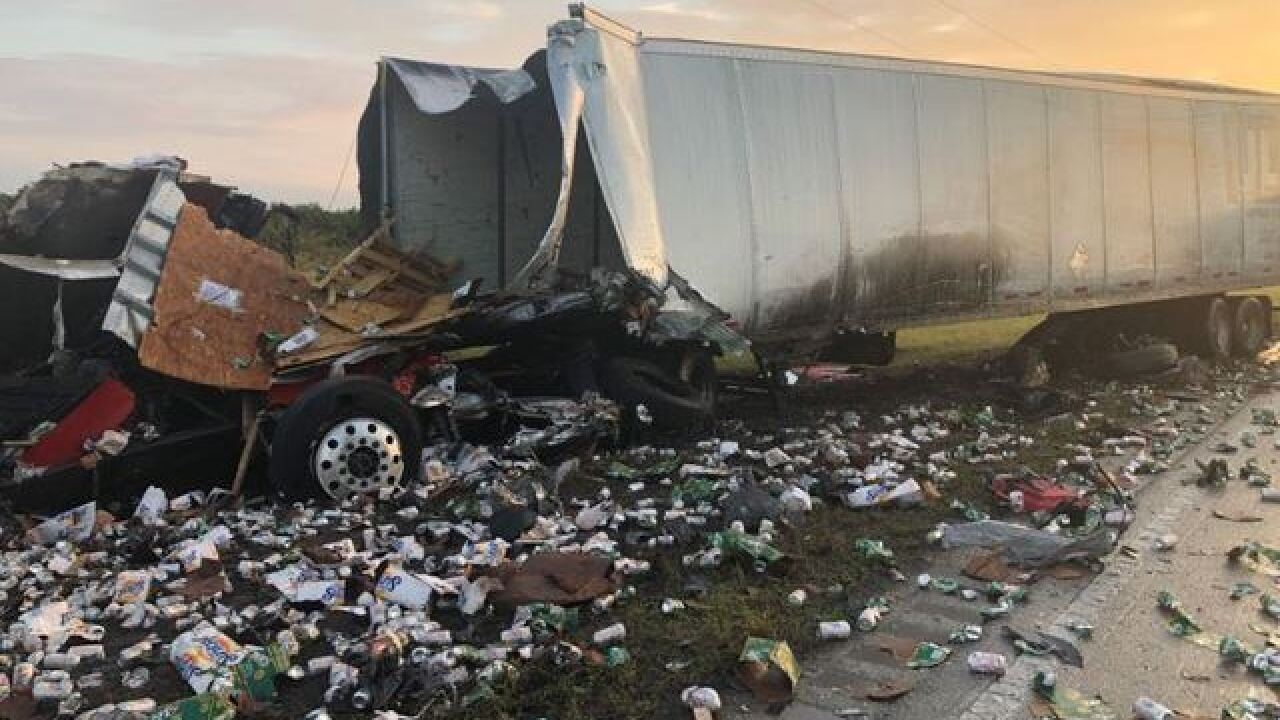 According to Florida Highway Patrol, the crash happened around 4 a.m. on Bermont Road near Chiquita Drive.

Three semi trucks were involved, and a fatality is reported.  Soda cans from one of the trucks were scattered all over the scene.

Troopers say Bermont Road will be completely closed for an extended period of time.

*Note: A previous version of this story indicated a bee truck was involved in this crash.  That was a different crash on S.R. 31.