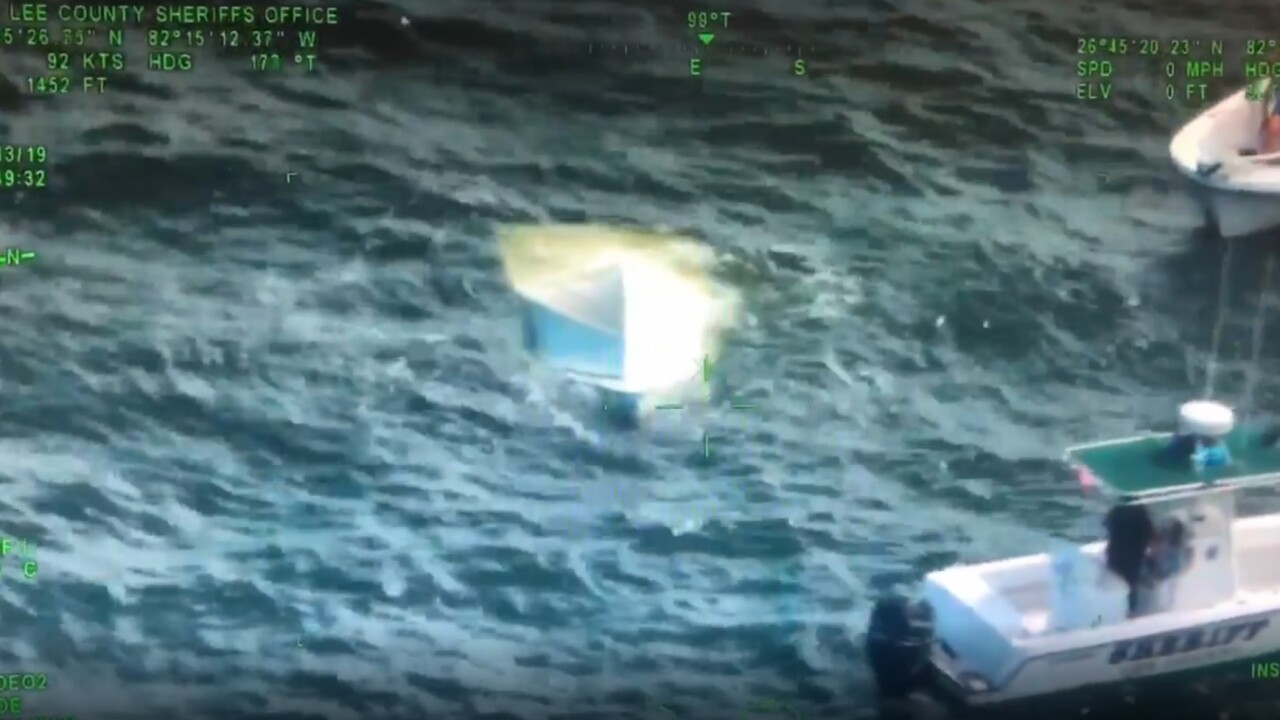 CHARLOTTE COUNTY, Fla. -- We're waiting for Florida Fish and Wildlife officers to release the name of the man who died in a boating accident in Charlotte Harbor.

The department says that around 11:30 a.m. Sunday, they responded to a boat that was reported to be taking on water near Devilfish Key, just east of Boca Grande. They arrived to find a boat capsized.

One man was rescued, but another man had gotten trapped in the cabin of the boat.

Dive crews located the man and began CPR. He was taken to Englewood Community Hospital, where he he died.

FWC is investigating to determine what happened.