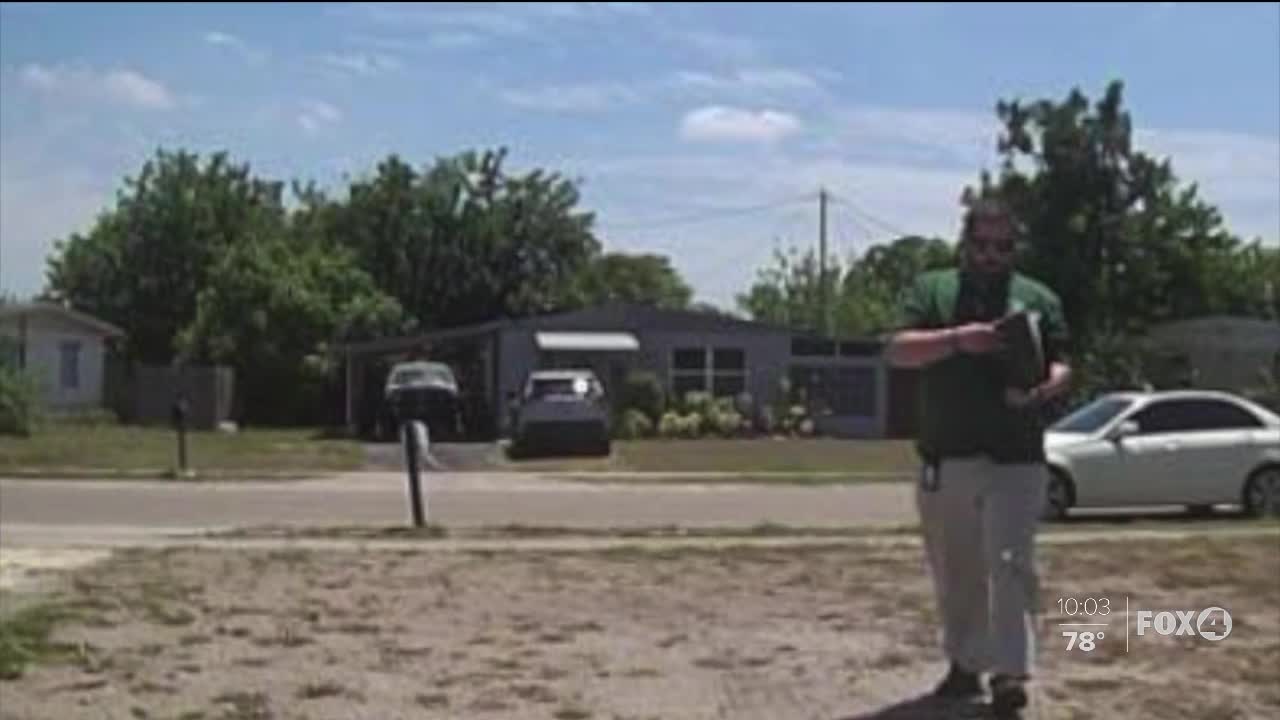 A North Fort Myers family says they're livid after finding out that a Lee County DCF worker that checked on their son, was later arrested for child molestation.

Mendes [began working] as a Child Protective Investigator in Lee County on August 30, 2019. A background screening conducted on July 26, 2019, found no disqualifying offenses. There have been no prior disciplinary actions and no client complaints received.

The agency also released this statement about the Mendes Jr's arrest:

"The Florida Department of Children and Families (DCF) holds all employees to the highest of standards. We are sickened that an individual who was duty bound to investigate child abuse would violate that trust by committing the very act that we work so hard to prevent every day.

Upon notification of Mendes’ arrest, DCF took swift action, immediately terminating his employment. Additionally, a comprehensive review is underway of Mendes’ cases for any element of impropriety.

To be clear, none of the victims involved in the current allegations were on Mendes’ caseload. "

It all started with an unexpected knock at the door last Wednesday.

"He says 'Oh it's very urgent that I see the kids today. I have to see them today and if you don't we're going to contact local law enforcement," said Joshua Negron.

The "he" Negron is referring to is 43-year-old Enrico Mendes Jr., a Lee County DCF worker.

Negron and his partner, Alisha Jackson, were out of town at the time, after attending a funeral and he says at first they told Mendes "no."

"He was very persistent about seeing my older son today," said Jackson.

After Mendes Jr. threatened to call the cops again, they called their babysitter.

"I told her to let them in. He came inside, took my son to the room, took pictures, what those pictures are we don't know," said Negron.

Surveillance cameras captured photos of Mendes Jr. knocking on their door and later speaking with their baby sitter and eight-year-old son.

Mendes Jr., who according to his business card, went by "Rick Mendes" at work eventually left.

But then on Monday, the couple got a call from a new case worker, asking to do another check-in.

"I was like 'Well someone already seen my kids. We're already working with someone.' and that's when she giggled and she said 'Haha that's because he's in jail,'" said Jackson.

That's how they two found out that Mendes Jr. had been arrested last Thursday on two felony counts of molesting children he's related to.

They say the only reason Mendes Jr. was in their home is because of a dispute with their son's school district.

"All this stems from a mentally delayed child not logging into the computer to do his homework," said Negron.

And the couple says they feel like the system has failed them.

Mendes Jr. is being held in the Lee County jail on two felony charges of lewd and lascivious behavior with a minor. His bond is $100,000 dollars.

If released he will have to wear a GPS monitor and is not allowed to have contact with children.

Fox 4 also confirmed that Mendes Jr. worked for the Lee County school district. He left the district in 2018 and worked as a coach at South Fort Myers high school. The district was not able to confirm how long he worked for them or what team(s) he coached.