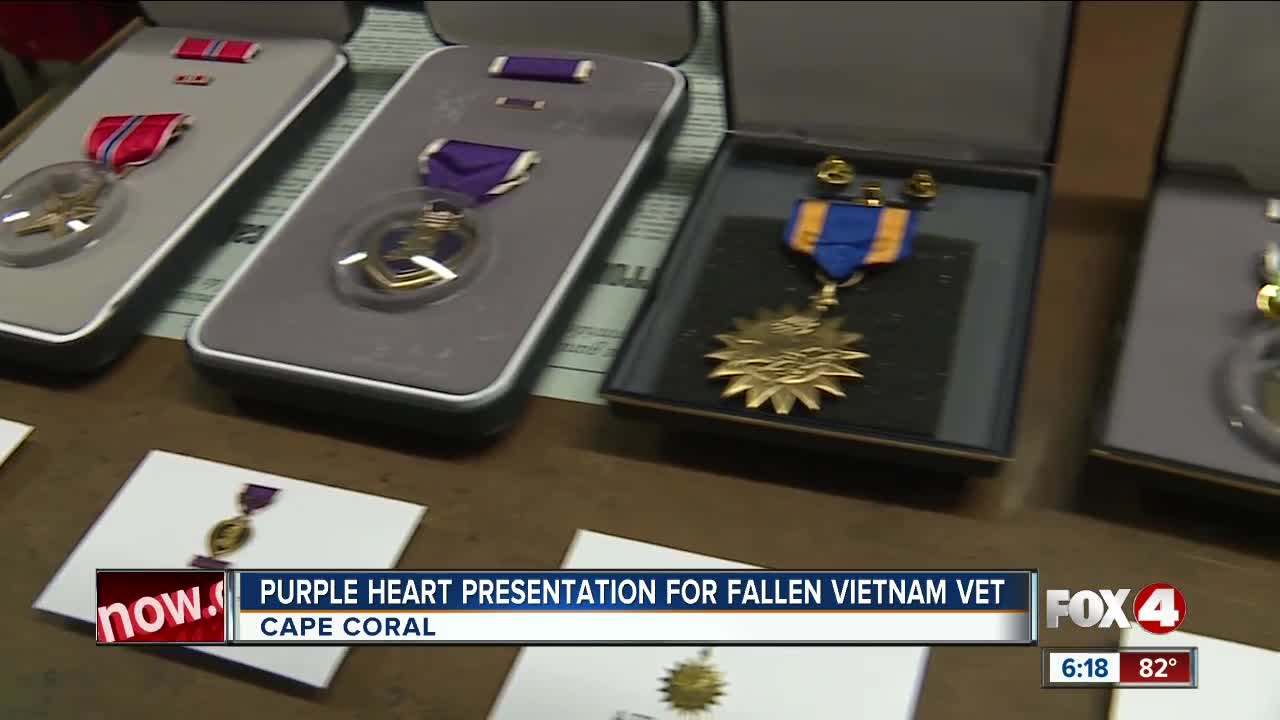 A man was honored tonight after given a purple heart for his service, Cape Coral

Congressman Francis Rooney was at the presentation at the Southwest Florida Military Museum in Cape Coral.

Sergeant Daniel j. Maloney was born in 1950, in the Bronx. He enlisted into the army and served at Fort Knox. Daniel was then deployed to Vietnam, where he served with the 1st Cavalry Division.

He got injured in 1970 and was sent to Japan for treatment where he died after complications.