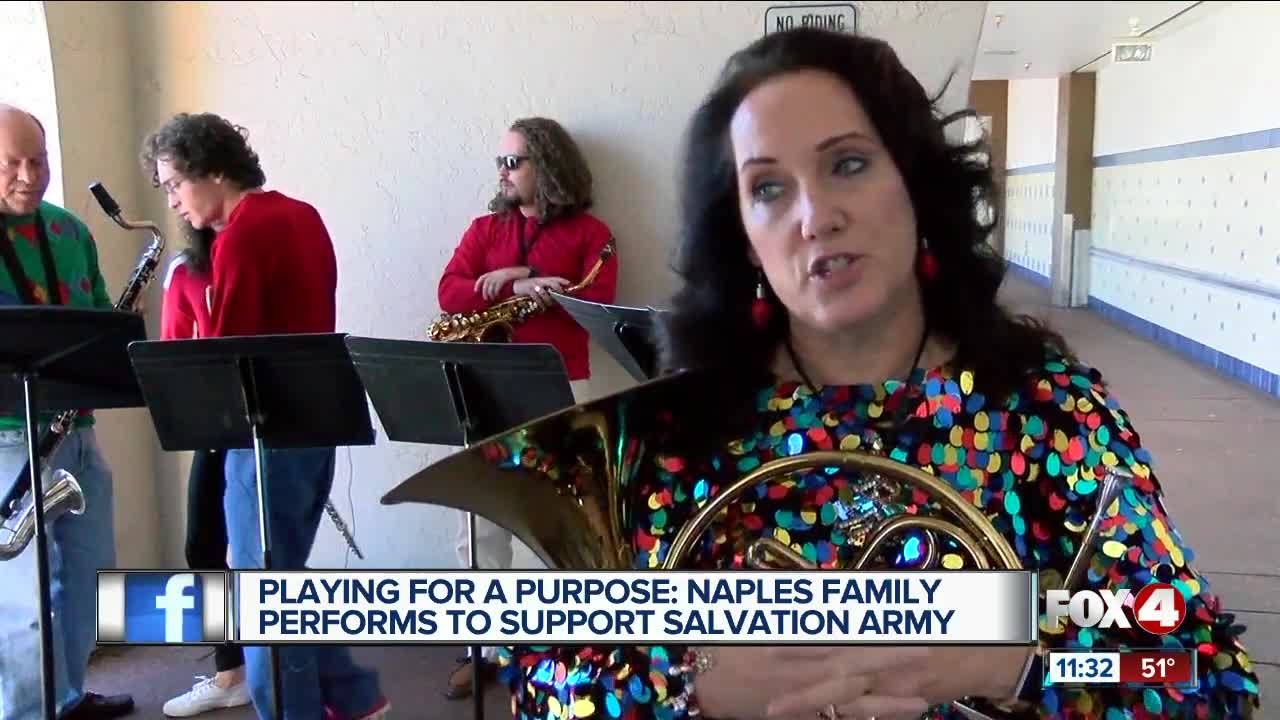 A family of musicians from Naples is giving back this year, by performing to bring in donations for Salvation Army's Red Kettle Campaign.

NAPLES, Fla. — A family of musicians performed at a red kettle in Naples on Saturday to help bring in more donations before the Salvation Army's Red Kettle Campaign wraps up for the year.

Kelly, Stephen, Reed, William and Elizabeth Parker played their instruments to entertain shoppers outside Publix from 10 to noon. This is the third year they've played in support of the Salvation Army.